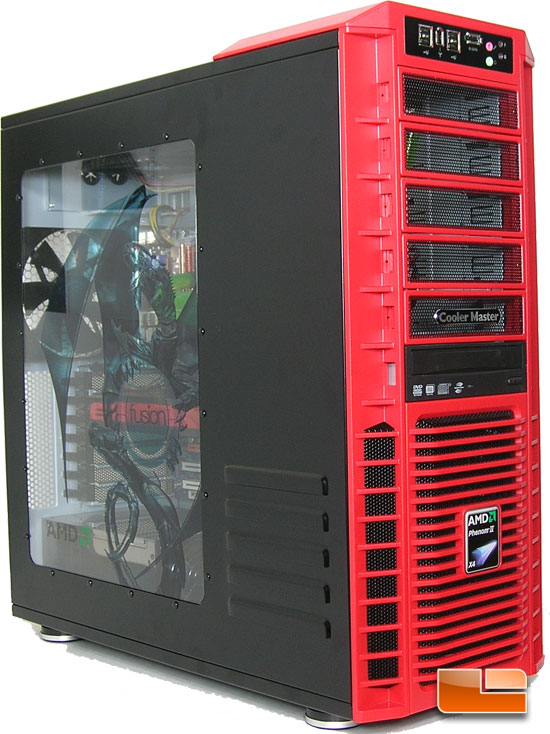 Cooler Master has been dedicated to the mission of providing the industry’s best thermal solutions. With products ranging from mild to wild, Cooler Master has made an impact in the computer industry in the last decade. Coming in at a modest price of $179.99 is the Cooler Master HAF 932 AMD Edition case. This HAF 932 has a few subtle differences over the original. Okay, maybe not so subtle. The original HAF 932 has a blacked out look to it. The HAF 932 AMD Edition has a bright red molded front to it. Pictures don’t do it justice; it looks as if it is producing its own light, it’s that bright! Also notably different is the side panel. Lost is the original 230x30mm side fan; in its place is AMD’s Dragon logo. 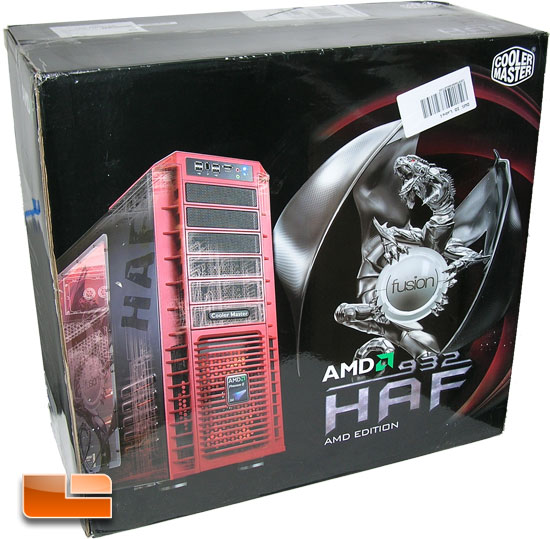 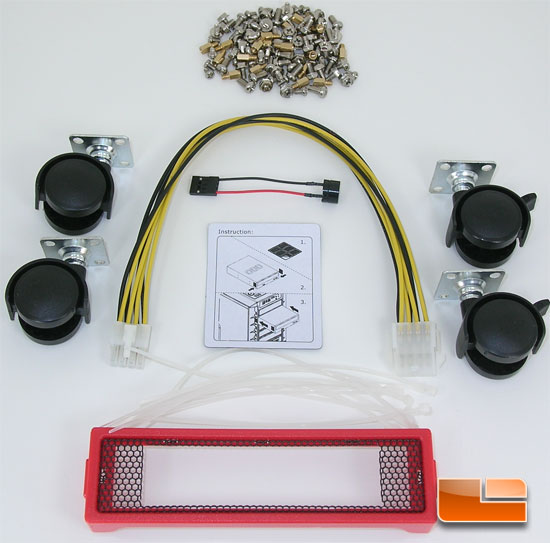 Included within the packaging is the box of accessories. Included is a couple of items that I have not seen included in other cases, such as a set of castor wheels, which can be put on in place of the existing feet. Which if nothing else can help bet the case a little further off of the ground. Included as well is an eight pin motherboard extension. This can be useful if the eight pin motherboard cable is too short to run behind the motherboard tray. There are more than enough screws to lose a few, and a dozen or so zip ties to aid in cable management.