ASUS demonstrated four of their products as part of the event although we weren’t allowed to get up close and personal with any of them. 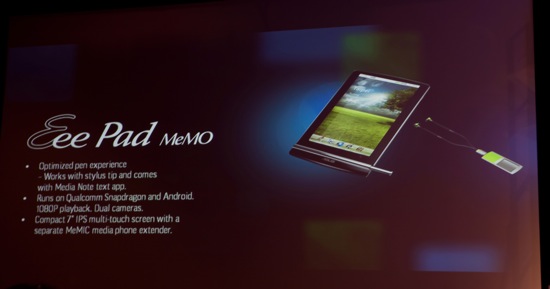 First up was their Eee Pad MeMO which is based off of the Android 3.0 platform. It features a 7″ touch screen and comes with a stylus pen for writing. 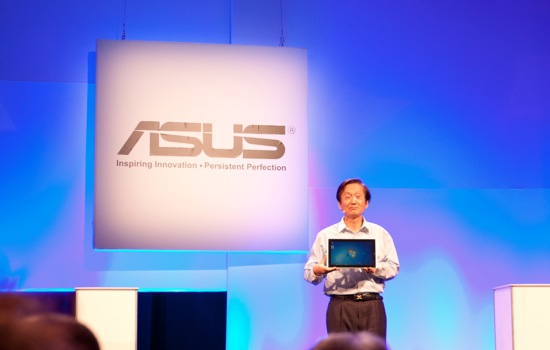 This mighty-mite can also play 1080p playback to an external monitor
using a mini-HDMI output. Its expected release date is June and will
retail for $499-$699. 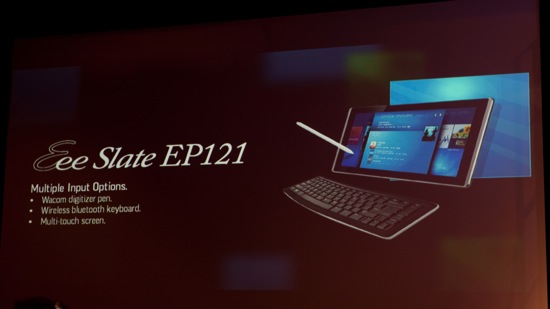 Next up was the Eee Slate EP121 tablet powered by an Intel i5 dual-core processor. The EP121 has a 12.1″ LED multi-touch screen and runs Windows 7 Premium so no learning curve for most users. Take a look at the video for the impressive demo. 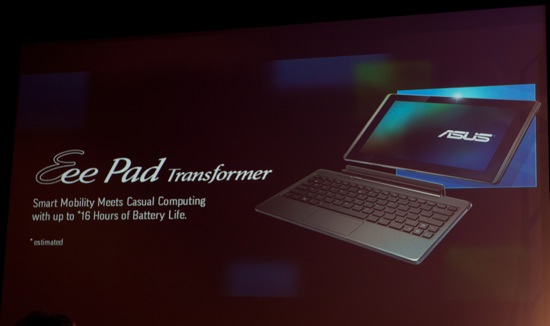 Third was the Eee Pad Transformer which boasts an impressive 16 hours of battery life! The screen is a 10.1″ IPS touch-screen and it runs on a custom Android 3.0 OS. 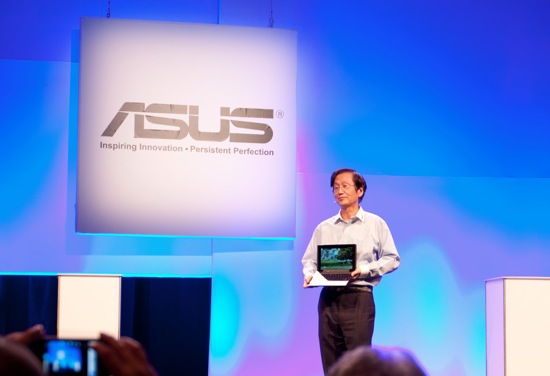 At the heart of the Transformer is the NVIDIA Tegra 2 processor that supports Adobe Flash (ya hear that Apple?). There is an optional docking station which, when docked, makes the Transformer into notebook form-factor with a full QWERTY keyboard. Front (1.2-megapixel) and rear (5-megapixel) digital cameras allow for video chat and still pictures and it supports external displays at full 1080p. We should see this around April for $399-$699. 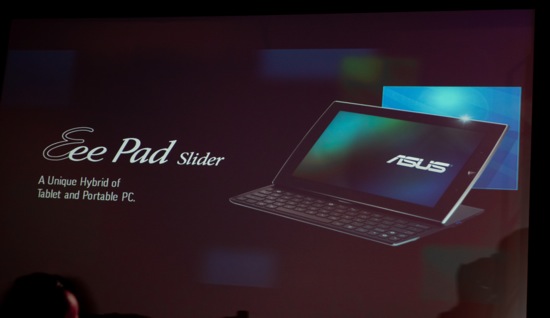 Last up was the Eee Pad Slider which is marketed as a unique hybrid of tablet and portable PC. It features a 10.1” IPS touch-screen and a full slide-out QWERTY keyboard. It’s also powered by an NVIDIA Tegra 2 mobile processor with a dual-core CPU and a NVIDIA GeForce GPU. Expect to see this in May for $499-$799. 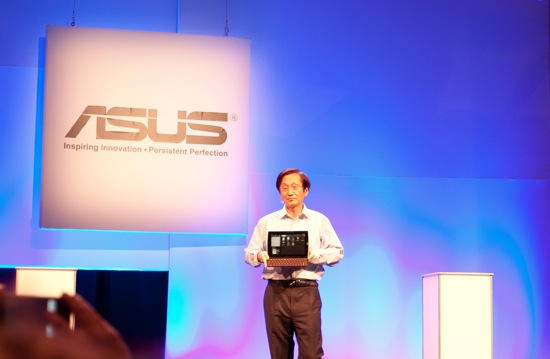 Legit Bottom Line: While we didn’t get a hands-on tour (bummer!) of any of the the Eee Tablets, we were impressed with ASUS’ offerings and expect that they will perform very well against existing and upcoming competition.