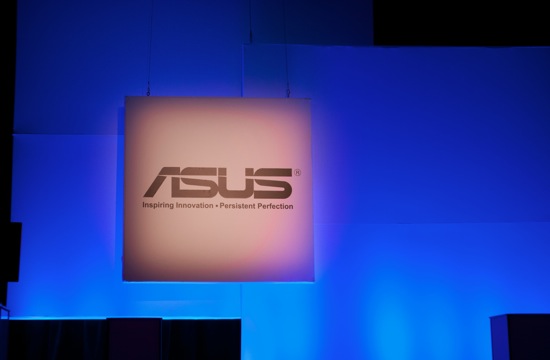 Before CES officially kicks off, ASUS held a press event in the Aria Convention Center to show off their latest wares which just happen to be various models of tablet PCs. The start of the event was mostly filled with a 2010 review but then transitioned to the upcoming tablets. 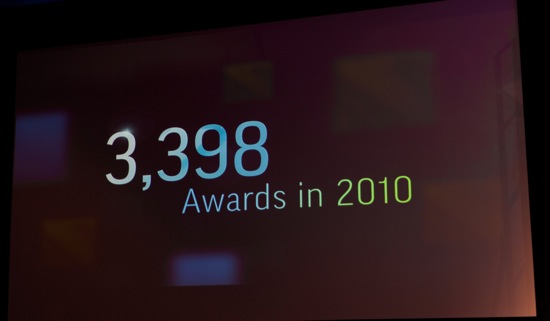 ASUS actually had a pretty good year as evidenced by their 3,398 awards they received. 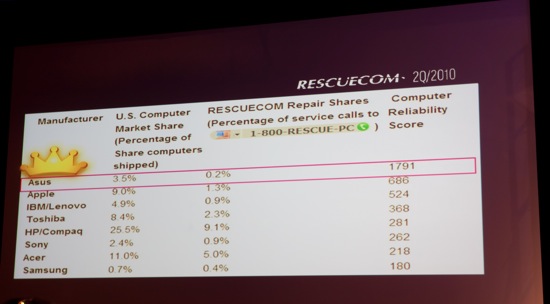 If you have been keeping up with hardware repair stats, you’d be aware that ASUS has a pretty good track record and according to RESCUECOM, they lead all competitors with a reliability score of 1791. 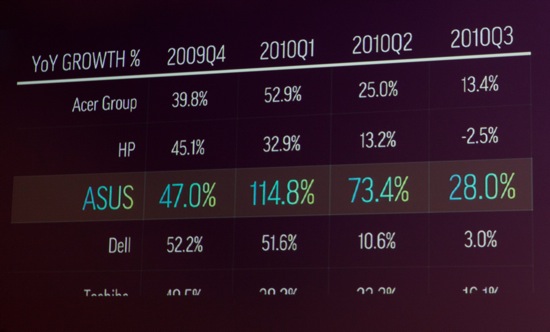 ASUS’ growth has been very strong as well even in these depressed economic times. One only has to look around their nearest electronics store to see their products prominent in the marketplace: Graphics Cards, Notebooks, Motherboards, Multimedia Peripherals, and Networking hardware has made ASUS a household name.

Their line of products has expanded to include a multitude of facets within the computer industry. OK, let’s have a peek at those tablets!