With CES 2007 running full steam ahead in Las Vegas, Legit Reviews has been running around the show trying to bring you what we think are the highlights of the event for computer enthusiasts. To start out our coverage we bring you Intel with their 4X4 ‘V8’ system that was running a pair of quad-core Intel Xeon processors that brought the total cores in the system to eight. 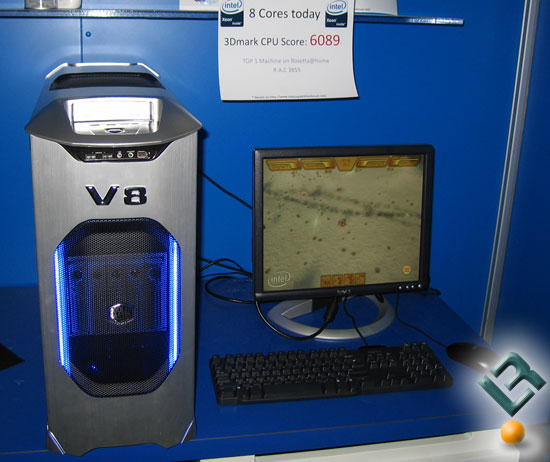 Intel showed off this ‘V8’ system at CES 2007 to let enthusiasts know that Intel can also get two processors up and running on a single system like AMD recently released QuadFX platform. 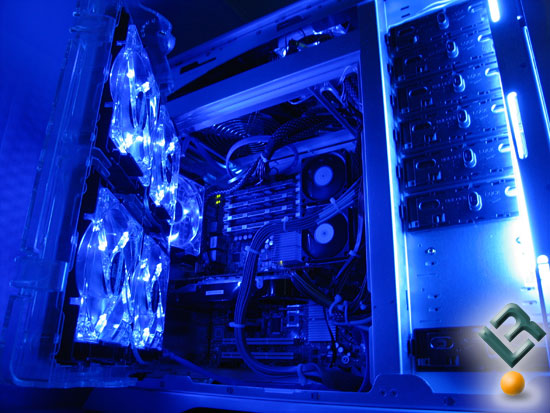 All of the hardware in the system is available on the retail market today and we got a chance to peak inside the system to see what was powering this eight core behemoth.  The power plant was a PC Power & Cooling 1000W PSU that was able to handle the single NVIDIA 8800 GTX graphics card, four 512MB DDR2 memory modules and other devices in the system without any problems. Intel let us run several benchmarks on the test system and all performed as you would expect with eight cores.  When we personally ran Futuremark 3DMark06 we got a CPU score of 6120 — not bad for hardware you can order from your favorite retailer today.