This was my favorite part of Blizzcon 2010 (aside from the tournaments). It was the second year in a row that Blizzard has invited people from the top guild in the world to fight bosses that Lead Content Designer Cory Stockton, Lead Encounter Designer Scott Mercer, and Game Producer Lee Sparks, while Lead World Designer Alex Afrasiabi, Lead Systems Designer Greg Street, and Blizzard eSports’ Robert “Voice” Simpson thought would be a fitting challenge for the guild lucky enough to be called to the challenge. This year, Blizzard called up the guild Paragon [www.pagagon-wow.com], a Finnish Guild who recorded almost all Heroic Icecrown Citdel hardmode firsts, including the Lich King himself. Representing Paragon at Blizzcon were Lazei and Ilonie while the rest of the raid was back in Finland.

The first encounter the devs through at them were some classic, well known bosses from the Molten Core. The bosses Paragon had to protect Orgrimmar from were Magmadar, Baron Geddon, Shazzrah, and Gehennas. The bosses were buffed to make sure they put up a good fight. Paragon did very well against these bosses. After two failed attempts and some strategy adjustments, they defeated the bosses in what looked like a well-coordinated strategy that proved very entertaining for the audience at Blizzcon. 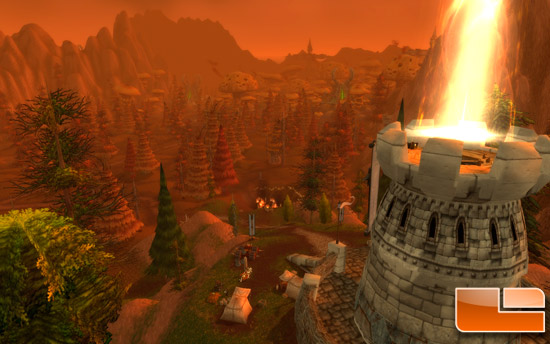 The second encounter was from the next tier dungeon (and friend), Blackwing Lair. The bosses included Chromaggus, Broodlord Lashlayer, The Beast (from Blackrock Spire) and General Drakkisath. At the start, it appeared that these bosses would prove too much of a challenge for Paragon but they stayed resilient in their efforts and after many corpse runs, they were able to put these bosses down in a fashion that left the crowd wanting more.

Since Paragon seemed to be putting a beating to the classic bosses of Warcraft, the devs thought it would be fun to let the new bosses from Cataclysm get in on some of the action and so they summoned 4 new bosses that we have never seen before. The bosses were Rom’ogg Bonecrusher, Ozruk, Forgemaster Throngus, and Commander Uthok. Paragon put up a very good fight against these new bosses. I give them credit as they were able to kill one (with 3 people left standing) but the rest proved to challenging and given that time was of the essence, the devs decided to move Paragon onto the next challenge. 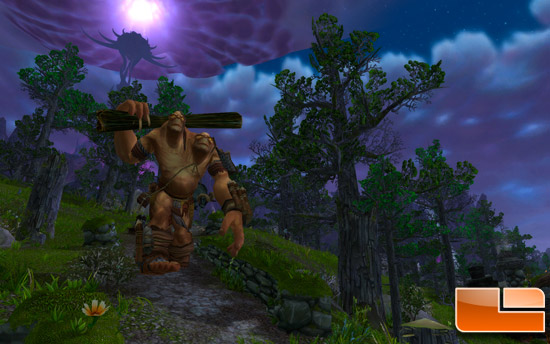 The next encounter was to move Paragon to the gates of Orgrimmar and fight the dragons who were attacking the gates of Orgrimmar. The dragons were Vaelion, Theralian, Firemaw, and Gyth. With some helpe from the devs in the form of a DPS boost, Paragon proved victorious and saved Orgrimmar from the wrath of Azeroth’s most fearsome dragons …. or so they thought. As they revelled in their glory a crushing menace flew in and destroyed them in one fail swoop. His name was Deathwing and he was taking names …. later. 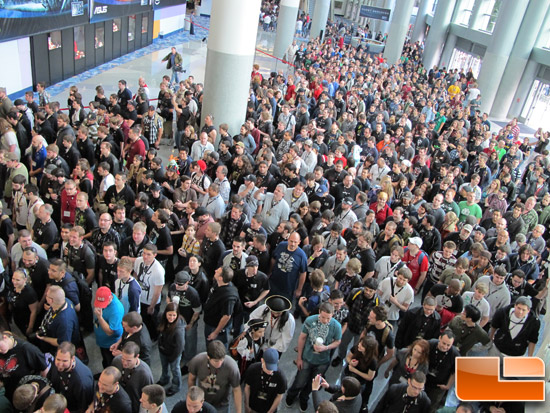 I was very disappointed at the amount of technical problems and issues that were going throughout the Blizzcon convention.  The first day, the StarCraft 2 finals started almost three hours late leaving many visitors very frustrated and angry.  Day 9, Artosis and Tasteless did there best to keep the audience entertained by signing autographs and taking pictures with the fans.  On day 2, once again, the Starcraft 2 tournament started an hour late and then developed a problem later with the large screen televisions giving viewers no chance to watch the game.   The game had to be paused while the power to the large televisions were restored.  Also on day 2, a mix up with the names of the players gave me the impression that the camera crew working the tournament had no idea what was going on.

Overall, I was still glad to attend the show, but technical difficulties and overall disorganized management put a damper on a very full weekend.  This year was lacking large-scale news as well.  All we really got were a limited mods for StarCraft 2, more sneak-peaks at Diablo III, and a WoW: Cataclysm update.  While all of this great, we were hoping for more and when compared to last year, this year was a bit of a downer.  Thank God for Tenacious D!!!