Thoughts from the Floor of BlizzCon 2010 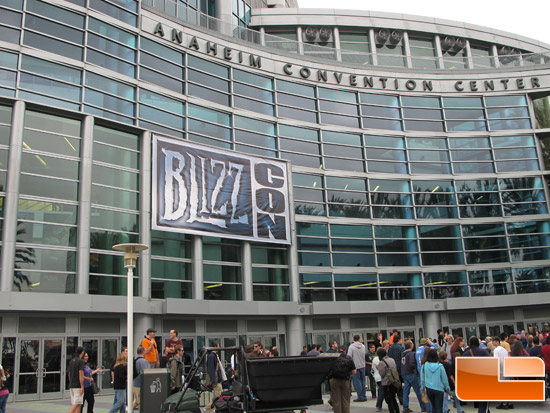 The Blizzcon 2010 Opening Ceremonies were as fun as ever but I feel that they lacked the big news that each of the previous opening ceremonies dropped on us. This year they released some information on Diablo 3. This information included the Demon Hunter as a new playable class as well as some information about the player versus player game play that they plan to introduce. This is all well and good but it was something that most people knew about, at least the playable class. I think people really wanted to get a little more out of it. I would have liked to get a release date time frame. A projected year would have been sufficient to quench my thirst. Last years Blizzcon announced the release of StarCraft 2 during 2010. That was all it took to get the masses hungering for it and I feel Blizzard should have given us something more along those lines. 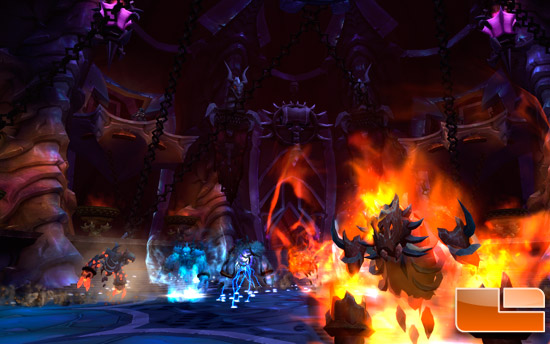 Mike Morhaime fashion filled us with the numbers behind World of Warcraft. World of Warcraft is now 12 million strong. Arthas has been killed 489,000 times to date. If all of the residents of Azeroth lined up for Disneyland, they would fill the park to maximum capacity for 5 months straight. That is a lot of residents. What makes this number so remarkable is that it is still growing. This is unheard of in the MMO genre. Blizzard also started selling vanity items for in-game use and donates a portion of the proceeds to charity. To date, Blizzard has donated over 1,000,000 dollars to the Make A Wish Foundation. The sales were so successful that they are releasing a new pet, a moonkin hatchling, that will go on sale in November and since everyone loves their cuddly moonkin friends, I have no doubt that this will be a very high selling and popular pet that benefits a great cause. 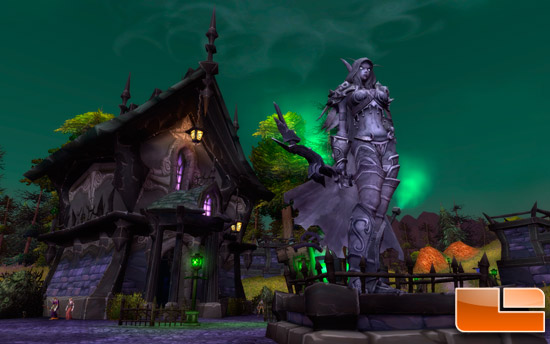 Mike Morhaime also discussed the release date for Cataclysm, the next expansion for World of Warcraft. The release is schedule for December 7th, 2010 at 12:01AM. For the first time in the history of the game, players will be able to buy the product on-line and have it ready to go so when the servers go live on December 7th, they will be ready to start making their way to Level 85 while they hone their skills for the fateful day they have to face Deathwing the Destroyer! 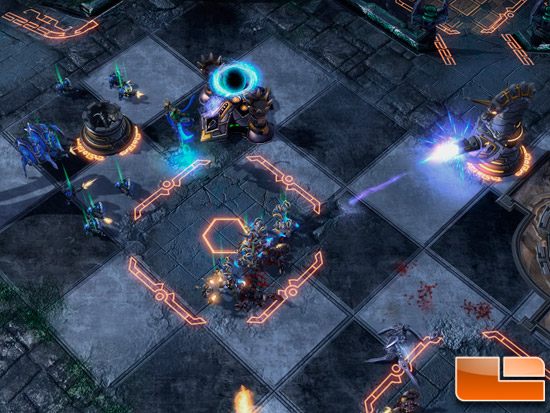 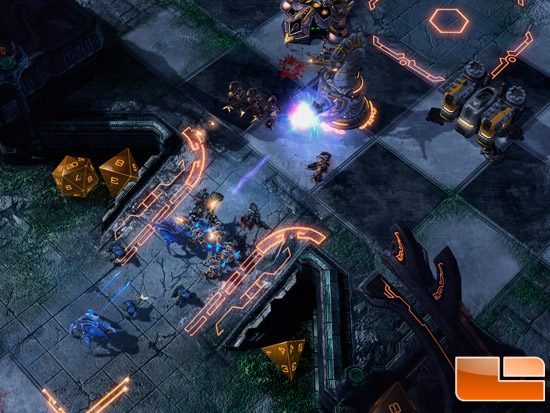 StarCraft2 brought us some news that is sure to make the game more interesting. There are four new Blizzard crafted custom maps that players will be able to play in the near future. The maps are: 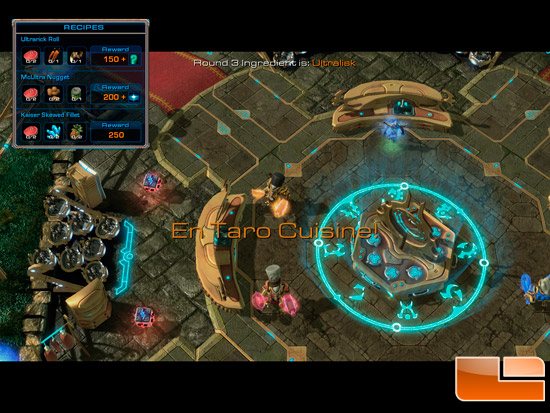 Watch our video of the Blizzcon 2010 Opening Ceremonies:

Entertainment for the first night consisted of the usual events. These events include a the costume contest, the dance contest, results for the movie, original song, fan art, and of course an entertaining night hosted by Jay Mohr. Jay was as great as ever keeping things funny as we switched from one contest to the next. This year added Kat Hunter as a co-host with Jay Mohr. At first this seemed like a great combination because she is a gamer and could keep the crowd entertained with her gaming commentary while Jay could add his comedy to the mix. In practice however, it didn’t work. People have come to expect comedy during the breaks in the contests and Jay was always brilliant. Kat added a level of complexity that ruined the vibe of the entire show. This was no fault of hers. She is great at what she does but after a long day of gaming and moving from one panel to the next we just want to laugh. I spoke with several people around me and the feeling was that they wanted more Jay and less Kat when it came to the Friday Night Festivities.

This year seemed as though many of the contestants had problems walking and many had to be helped onto the stage otherwise they risked injury had they attempted the trek on their own. I feel that it takes away from the show when it takes a person three times as long to get on stage because they can’t really function in their costumes. There should be a rule that forbids costumes that require help from the outside. That said, the costumes were all over the place; from very fly by night seat of your pants to the very detailed yearlong process that develops over many iterations. 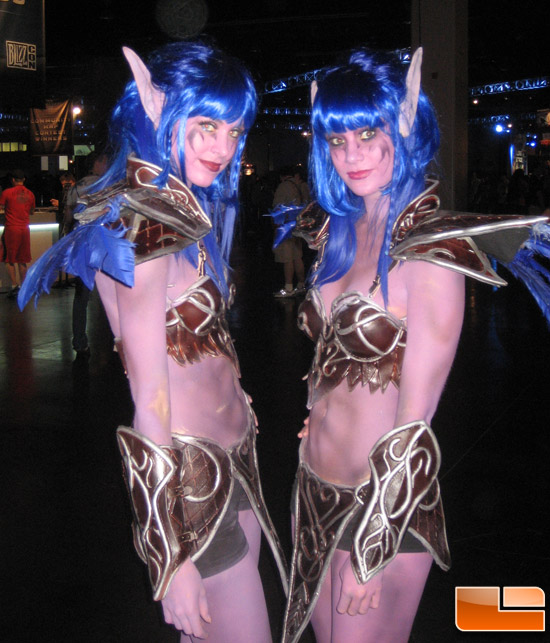 There were many familiar faces from last year’s contests and even Jay Mohr remembered some of them. There were more SCII and Diablo costumes this year than in the years past. In fact, this years winner, Christina Estrada won with a Diablo costume. Although she won with Diablo, she has appeared in past contests in World of Warcraft outfits. It is nice to see that her persistence paid off. The costume contest was a lot of fun as usual and definitely one of the more entertaining events.

The dance contest was a lot better this year than in the years past. Blizzard called all contestants who were performing the same dance to the stage and had them all dance together. This really sped things up and kept the contest entertaining. In the years past, this part of the contest would drag on as the DJ would have to find the music, fumble for a bit, then finally get it right. Blizzard solved this problem by hiring a live band to perform the music. The band was amazing and really made the contest come to life. It wasn’t all fun and games though. A young man who was performing the male undead dance (lots of head banging and jumping) somehow lost his balance, slipped and fell several times. On his last fall, he let the band know he was finished and then let Jay Mohr know that he broke his leg. Yes, that is right, he broke his leg doing the undead male dance. Lets wish him a speedy recovery.

Tenacious D rocked the house on Saturday Night to a packed hall that had zero seating left and fire marshals out in force trying to keep the isles clear. Their attempts were futile once the music started as people started inching their way forward to get a better view of Jack Black and Kyle Gass. Jack Black came out dressed as a “wizard mage” and Kyle was dressed as some sort of “lizard”.

As Tenacious D settled up on stage, a familiar face graced us and proceeded to get set up behind the drum kit. That familiar face was none other that the great Dave Grohl of the Foo Fighters. The D rocked all of their classics and added a few new songs, such as Death Star, to the mix. The crowd was really into it and there wasn’t a person sitting in the audience as far as I can tell. The pit area that was sectioned off for people to standing was directly in front of the stage and was packed. The staff had to keep turning people away because there was absolutely zero room left to fit anyone else in it. Jack Black commented on how large and awesome the crowd was and claimed to be sincere in his comments. Nothing rocks like Blizzcon!!

Due to technical difficulty and no one letting the thousands (literally) of people sitting there to watch the competition know what was going on I decided to spend my time elsewhere. It was a serious failure on Blizzards part to keep everybody wondering what was going on while we all anxiously waited for the SCII tournament to begin. It was several (> 3) hours late. The WOW Arenas were taking place next door and they could have easily piped the broadcast in to the large screen to keep everyone entertained. I recall something similar at last years Blizzcon and I am a little disappointed to see that the technical issues that arise during the tournaments haven’t been fully resolved.