BlizzBabes: The Babes & Cosplayers of BlizzCon ’09 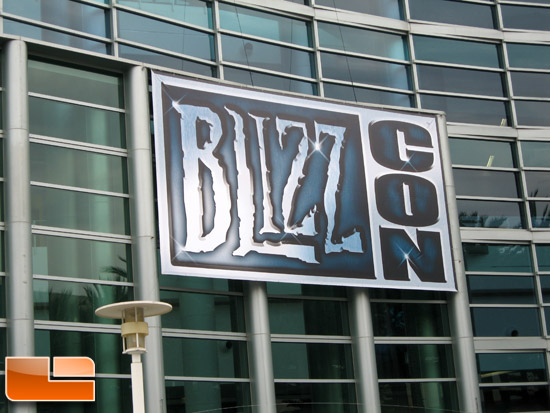 For the past few days, Legit Reviews has been giving its readers wall-to-wall coverage of one of the greatest gaming events that we have seen.  Blizzard Entertainment’s 4th BlizzCon event welcomed 26,000 registered guests and close to 500 press and special guest as they took over the Anaheim Convention Center.  Besides the cool Blizzard titles like World of Warcraft: Cataclysm, and Diablo III, we saw some great hardware being displayed  by the likes of Intel, Kingston Memory, ASUS, and others.

As good as this was, we really do know what our readers are looking for…it’s not the hardware, it’s not the software titles…it’s the Booth Babes!  Well, we have them for you today.  We encountered not only Booth Babes, but more CosBabes and even CosDudes in costume.  In fact there were so many CosPeople that it was hard for us to just narrow down the top ones that we saw.  Trust us, there were more people in costume for the cosplay and the BlizzCon Costume Contest than you can shake a 20-side die at.

Without further delay, Legit Reviews presents, BlizzBabes: The Babes and Cosplayers of BlizzCon 2009! 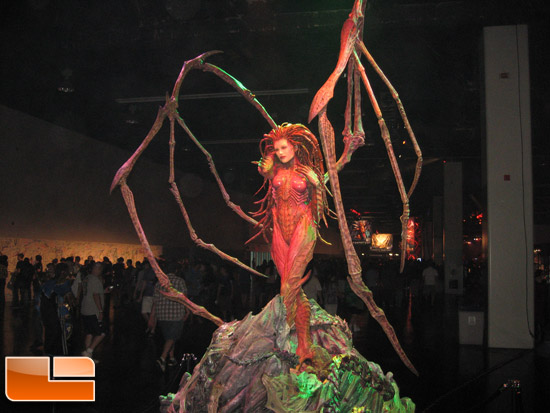 Okay, well this is just a test to see if your eyes are working.  This is actually one of the many life-size statues that were around the hall.  I was standing next to it and I could’ve sworn the thing moved though. 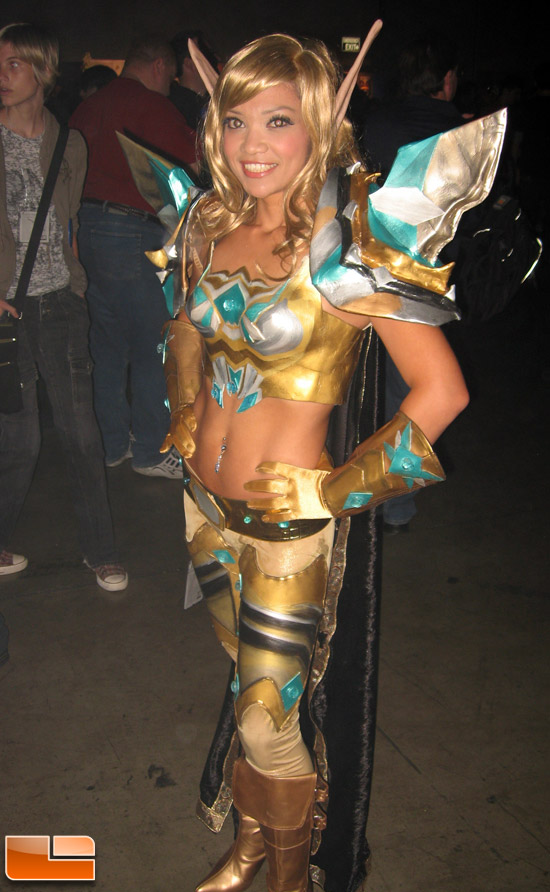 One of the best looking, um, costumes we saw on the floor.  Notice the belly-bling! 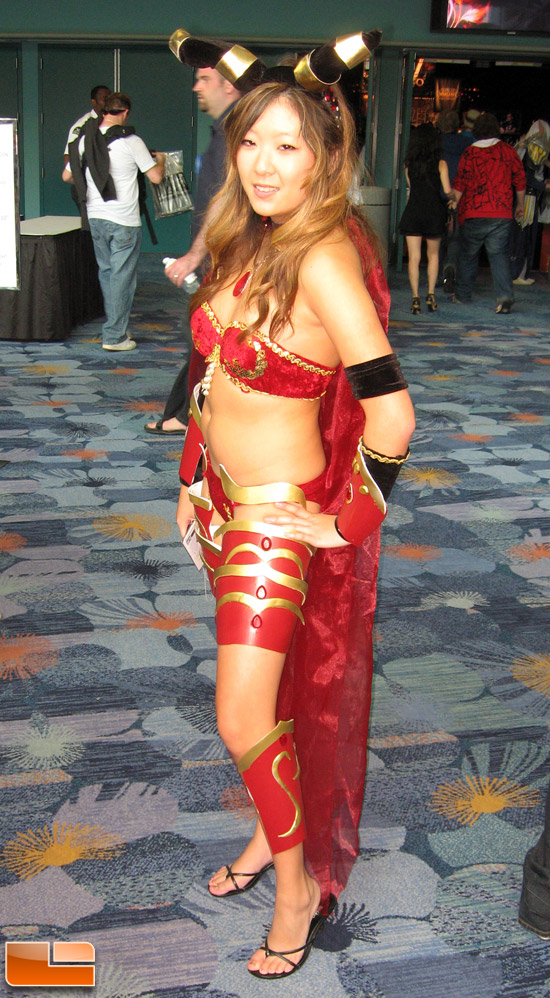 There were even babes on the outside of the halls stopping traffic. 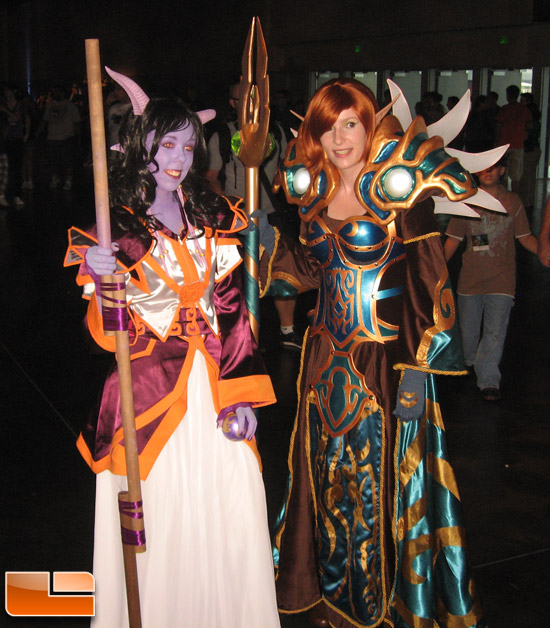 Can’t help but wonder if that blue is all over… 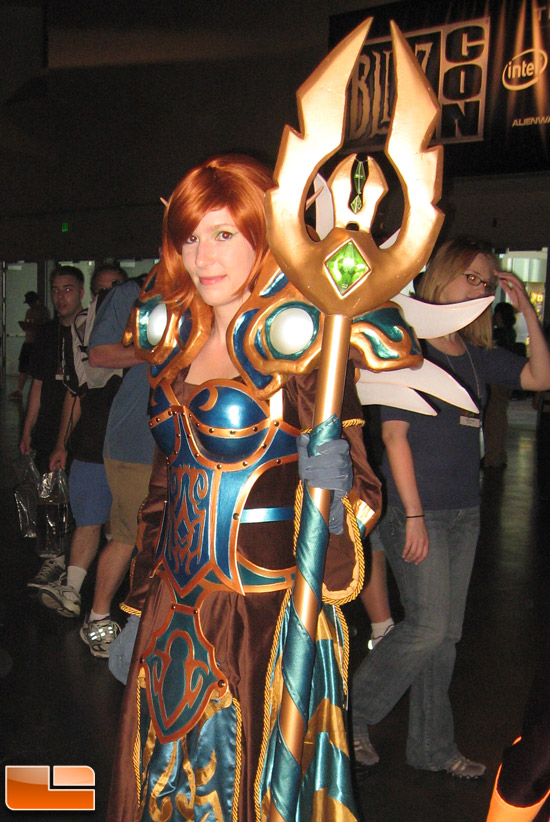 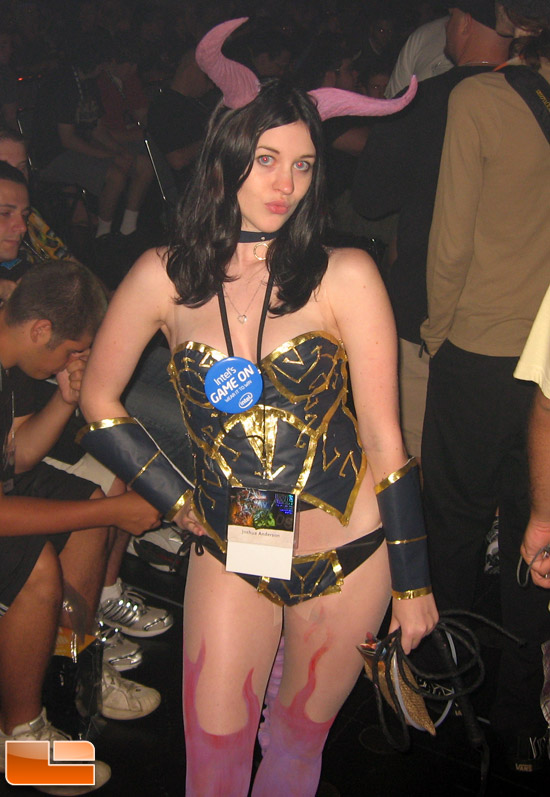