Let The Doors Open and The Blood Elves Roam

The line to play the expansion in World of Warcraft (WoW) was steady all day long. It turns out that blood elves are one of the two new playable races in WoW: The Burning Crusade. The Alliance will be getting a new race also, but Blizzard has yet to reveal the new character. We believe that the new race might be called Pandaren, but we could be wrong. Blizzard did allow players to jump into the expansion by letting them sample the blood elf area of Sunstrider Isle. These stations could also be used to play in the upcoming Ahn Qi’raj instanced dungeon, which will be released in an upcoming patch prior to the expansion pack. After waiting in line for nearly an hour the 30 minutes you are allowed to play goes by too quick! 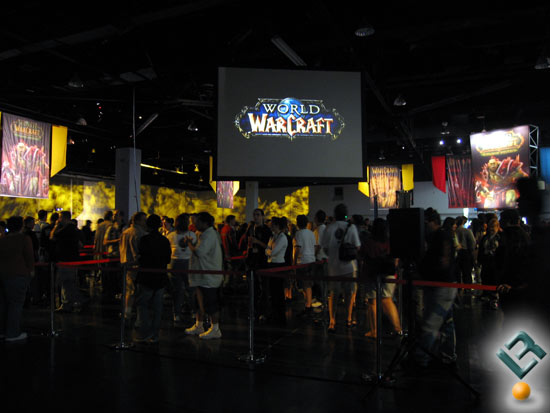 The Burning Crusade will add many new features some of which we don’t know about yet. If you are a level 60 get ready for Blizzard to raise that to 70 and open the new profeesion of jewel crafting. With the increase to level 70, players will gain access to new spells and abilities, but we couldn’t get them to spill exactly what at the show. Below is an image of the main stage at the StarCraft tournament. An impressive site to see gamers on stage and fighting it out in front of all to see. 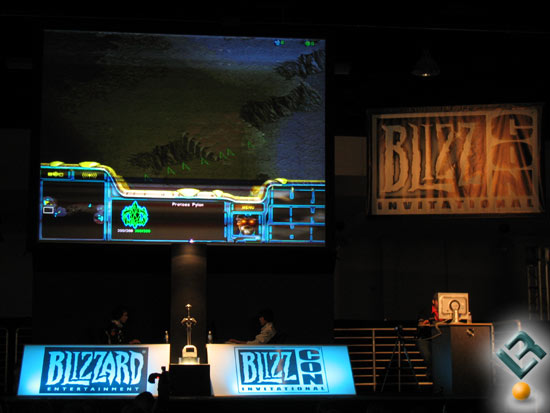 On the opening day of the show we noticed a sign that was not present the day before.  It turns out that constume weapons were not allowed, although we still saw many visitors with banned items walking around outside. 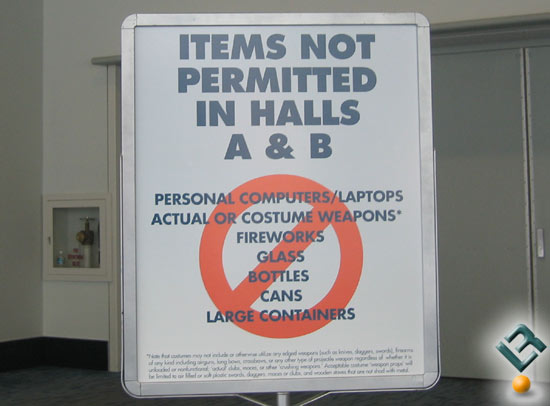 If you plan on attending a future Blizzard event you might want to read the fine print that is found on the sign above.  Here is a close up of the fine print: