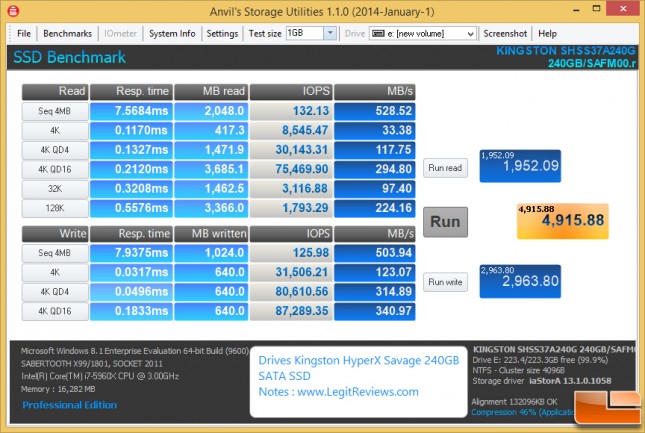 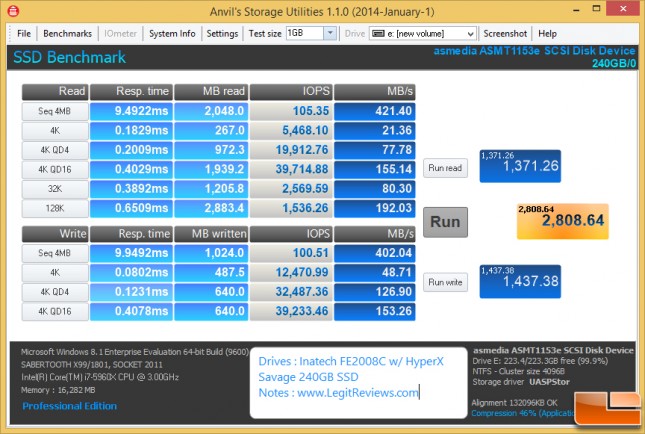 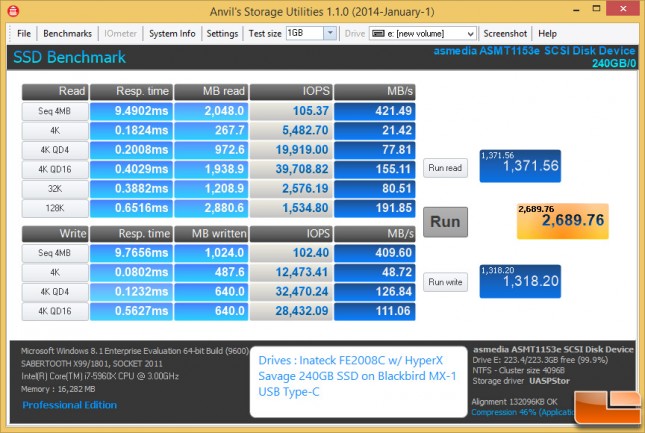 Benchmark Results: The overall Anvil SSD Benchmark score was 4,915.88 with the Applications test setting of 46% compression with the HyperX Savage 250GB SSD running on the SATA III interface. The drive was able to get 529MB/s read and 504MB/s write with these settings. With the same exact SSD placed into the Inateck FD2008C 2.5-inch USB Type-C drive enclosure we hit 421MB/s read and 402MB/s write on the ASUS card and then 421MB/s read and 410MB/s write on the Blackbird MX-1. No big shocker here as we expect some variation between runs and none of the sequential read/write performance numbers are out of line.