A mini-ITX Case Designed For Enthusiasts 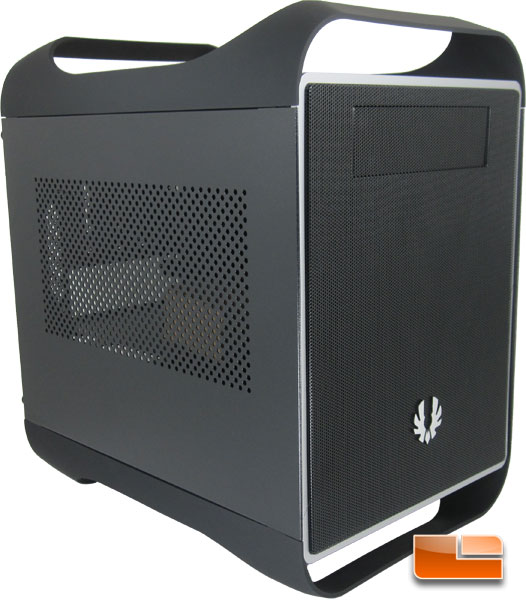 Early in May of this year, I had a build mostly planned out for myself. It involved the ASUS Rampage IV Extreme motherboard, Intel Core i7 3930K Hex-core processor, and NVIDIA’s latest offering the GTX 680. In fact I had already purchased most of the parts, all that I was undecided on was a case, and that was the only thing holding me back from completing my build. The rest of the parts I had already purchased! I was already ~$1500 in the hole with just those three parts! May 11th rolled around and Nate showed off his latest build in his ‘How to Build a Water Cooled Mini-ITX SFF PC w/ Ivy Bridge & Keplar’ article. His article got me thinking about building a small form factor PC for myself, for the few LAN games I go to with my buddies hauling my beast of a system around was getting old. Even if it was for just a few games a year. After giving it some careful consideration, and determining that I wouldn’t be able to use the Intel Core i7 3930K or the ASUS Rampage IV Extreme i quickly shelved the idea, at least for a short time! Fast forwarding a couple of weeks, BitFenix sent out a press release that was promptly put up in our forums about the Prodigy mini-ITX chassis. Just a couple of posts down, you can find my forum post:

“I was thinking that this is a sharp case as well, almost makes me want to rethink my current build with an eATX LGA2011 motherboard and 680. But I’ve already dropped over a grand on hardware for it and I haven’t seen a mITX LGA 2011 board yet. Haven’t look to hard for one yet either“

Once I saw the BitFenix Prodigy mini-ITX chassis the idea once again reared its head to build a small form factor PC, this time it stuck! There was just something about the BitFenix Prodigy that I simply fell in love with. I haven’t figured out if it’s the simplistic yet sleek styling, the cooling options, the low retail price of only $79.99 plus shipping, or a combination of everything, I decided this is the case I wanted for my build. So after beating down Nate’s door to get my hands on the Prodigy he
finally caved and sent it on to me once we got it. So now I have the BitFenix Prodigy
mini-ITX chassis is sitting on the desk behind me, and as much as I wanted to use the ASUS Rampage IV Extreme and my LGA2011 3930K processor, people much smarter than me said it wouldn’t fit in the BitFenix Prodigy and they frowned on trimming the edges of the Rampage IV Extreme EATX motherboard with a sawzall! After rethinking and retooling my build I have a new pile of hardware to
squeeze into it that includes a board that will fit right!

As you have likely guessed already, the BitFenix Prodigy is design for the enthusiast, who either doesn’t have room for a giant tower like the BitFenix Shinobi XL full tower such as a college student in a dorm or various other circumstances, or simply likes to see how much hardware they can fit into a small space. Whether you lack the room for a full tower/mid tower or simply want the small form factor the BitFenix Prodigy looks like it may fit the bill! Though let’s not jump to conclusion just yet. It may be a small chassis, but it has a lot of features that will make, or break the Prodigy. I mentioned above that the BitFenix Prodigy retails for $79.99 plus shipping which isn’t a whole lot of money in the grand scheme of top tier components, for many it’s not a drop in the bucket either.

BitFenix built up a lot of hype for the Prodigy mini-ITX chassis! Is it going to live up to the hype, let’s take a quick look at the specifications below and then we will continue on with our tour and find out!