Finding the Best Desktop CPU For Gaming – Sponsored by Intel

As Novel Coronavirus (COVID-19) spreads around the globe it has forced millions to stay home. Online gaming has seen a massive spike in popularity over the past month or so, with gaming platform Steam breaking its concurrent player records numerous times. Steam smashed its all-time record for concurrent users over this month over 24.5 million users logged in at the same time. Over 8.1 million of those users are actually in-game playing a game title!

According to Steam Database, the Steam Platform saw a nearly 24% increase in users in March 2020 and here in April 2020 there is already another 3% increase. The spike is more than likely due to the new social distancing rules that have been put in place aided by the fact that many adults are working from home (WFH) and students are also stuck at home.

With people spending more time at home, it seems that most are turning to online games for something to do. Many gamers that are firing steam back up seem to be adults that haven’t had time to play games since entering the workforce or having children of their own. This might be why old favorites like Counter-Strike: Global Offensive hit an all-time peak of 1,298,888 simultaneous players! During peak hours you can easily find a combined 2 million gamers playing Counter-Strike: Global Offensive, Dota 2, PUBG, and Grand Theft Auto V this month.

So, you got a bunch of old guard gamers that are logging on for the first time in possibly years to compete with the younger generation. With more hours being spent than ever, you can rest assured that a good number of them are not happy with their system performance. Being quarantined sucks, but you can always build a new PC, upgrade the one you already own or buy the pre-built PC that you’ve dreamed about.

What should you base your gaming PC build around? Should you go with an AMD or Intel processor? Today we are going to try to answer the CPU question by comparing the Intel Core i9-9900K to the AMD Ryzen 9 3950X on the top Steam game titles based on player base. This was an idea that we came up with around the time of CES 2020 well before the global pandemic and increased popularity of online gaming as well as eSports.

Yes, Intel sponsored this article as buying and figuring out how to benchmark many dozens of game titles is time consuming and expensive. Intel wanted the 9900K compared to the 3950X at the most common display resolution used by gamers on the Steam platform. According to the most recent Steam hardware survey 1920 x 1080 (1080P) is the most common resolution used by gamers on their primary display. The results from the survey show that 64.89% of gamers are playing on a 1080P display and about 22% of gamers out there playing on lower display resolutions than 1080P! So, over 87% of those that participated in the survey are likely gaming at 1080P or lower. 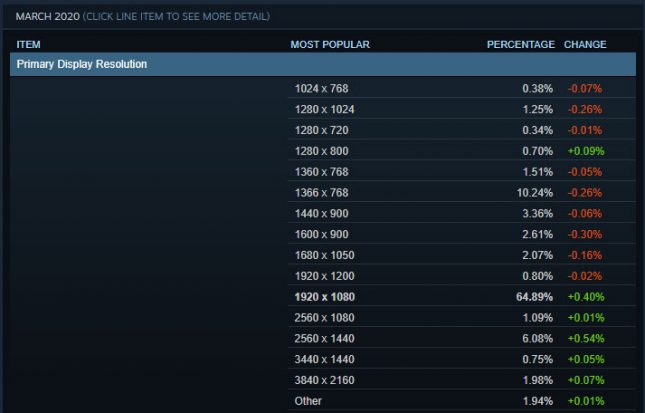 We took the list of the top game titles taken straight from Steam, bought them and then benchmarked them on two systems. Intel had zero influence on the other components used for test systems that we configured and weren’t even aware of the components until testing was completed. They were hands off and that allowed us to figure out how to benchmark all the titles as that was tricky and involved using built-in benchmarks combined with custom testing using both FRAPS and the Open Capture and Analytics Tool (OCAT). Below you can find the list of the Top 100 Steam games being played that we used as our list of titles to benchmark. 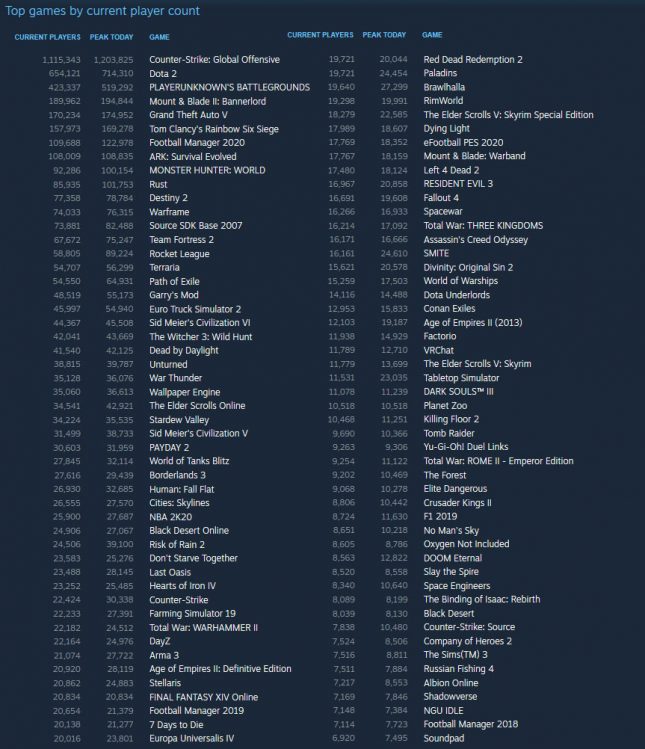 Let’s take a closer look at the two systems that we built for testing before we see which is the dominant gaming CPU.