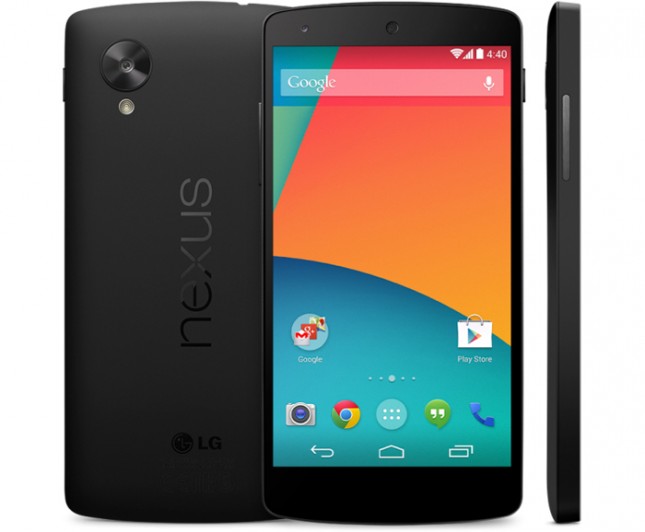 Googles upcoming Nexus 5 smartphone is certainly the worst best kept secret. There have been a ton of leaks on the phone that is due out on on November 1st. Key Google Nexus 5 specifications include a 4.95-inch full HD display, a quad-core 2.3GHz Snapdragon 800 processor, an 8-megapixel camera with optical image stabilization, 16GB or 32GB of storage, 2GB of RAM, Wi-Fi a/b/g/n/nc, NFC, Bluetooth 4.0 and Googles new Android 4.4 KitKat operating system. We also know thanks to the leaks that the Nexus 5 will start at $349 for the 16GB version with no service contract. 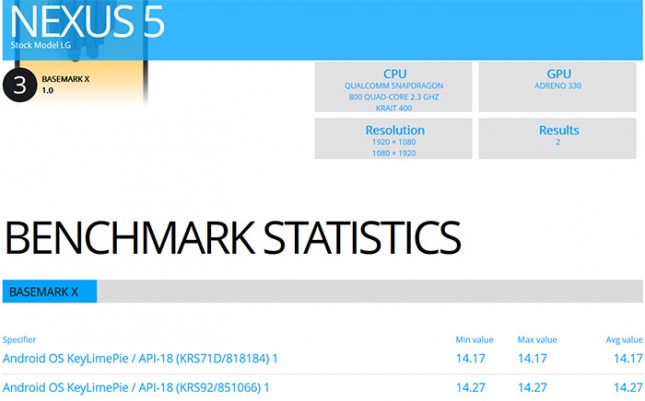 We took a quick look over at Rightware and it appears that a pair of Google Nexus 5 smartphones have been benchmarked using Basemark X. The uploaded data confirms that the phone is running Qualcomm Snapdragon 800 Quad-Core 2.3GHz Krait 400 processor along with the Adreno 330 GPU. The results show that the two tested phones are running KeyLimePie, which is odd as the leaked specs show KitKat (Android 4.4). 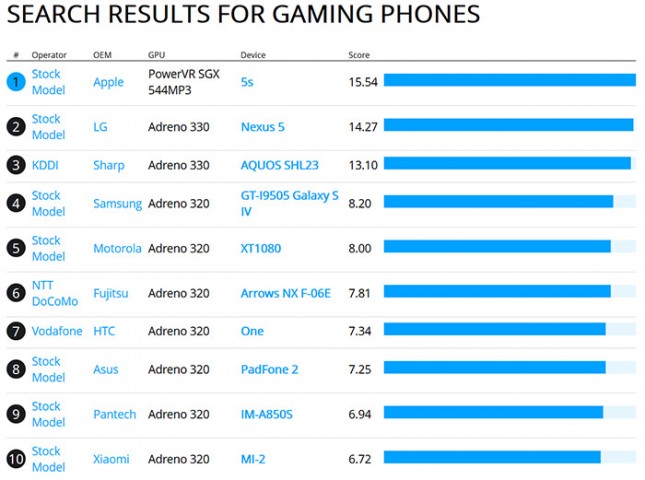 With a top core of 14.27 in Basemark X, the Nexus 5 becomes the fastest Android gaming phone ever benchmarked on Basemark X. The Apple iPhone 5S still tops the chart, but not by much.