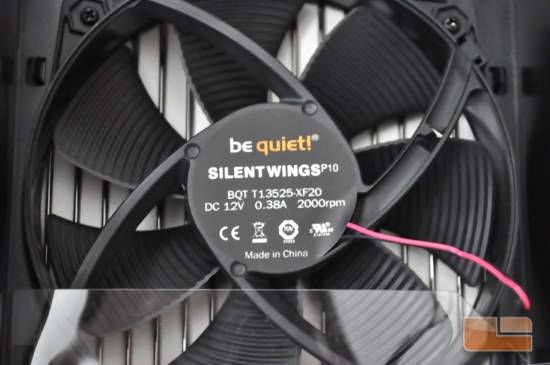 We found a similar Silent Wings P10 fan as we did in the 650W version of the power supply, however the part number and specifications of the fans slightly differ. The fan is still 135mm wide and features the same FDB (self-lubricating bearing) and ribbed blades as the HF18 (1800RPM) model found in the 650W version, but the XF20 version appears capable of rotating as fast as 2000RPM; a mere 200RPM more. 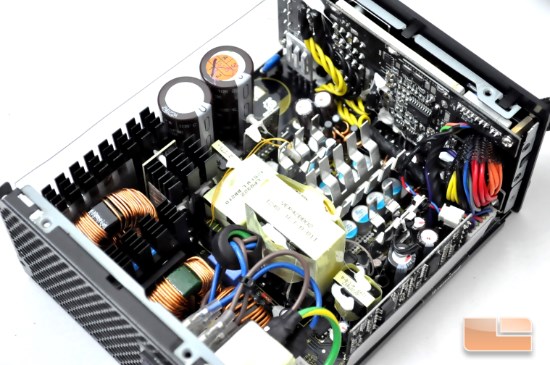 Despite the very similar cooling fan, the insides of the Dark Power Pro 10 850W power supply are entirely different than those of the 650W version. The design and OEM behind the 650W version was Fortron-Source (also known as FSP), yet the 850W version clearly is of Seasonic design. This explains the higher 80Plus certification of the more powerful models of the series, as well as the different performance specifications and ratings. Although this is the standard platform that Seasonic is using for many of their high performance designs, including their own, Be Quiet! modified it to include the OCK capability and hardwired the main ATX cable. 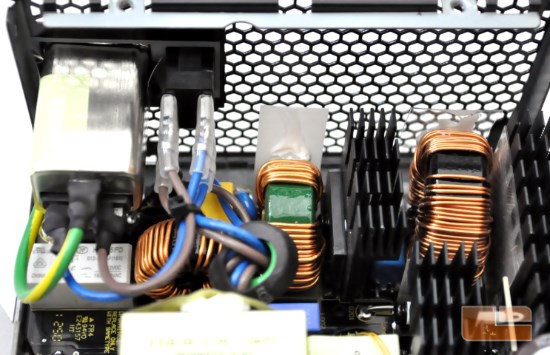 The A/C receptacle itself sports a line filter, yet Be Quiet! did not stop to that, adding more components onto the main PCB. The total number of components sum up to six Y capacitors, two X capacitors, three filtering chokes and a MOV; quite a bit more than the minimum recommended by the ATX design guide. The first rectification stage begins from two bridges, sandwiched together onto a stand-alone heatsink right next to the filtering stage. 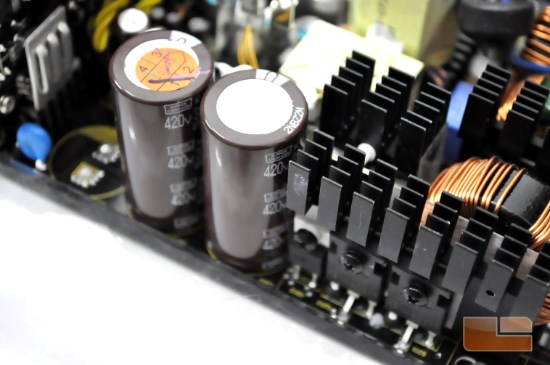 The active components of the APFC stage, two transistors and a diode, have been placed on their own heatsink at the edge of the unit. The passive APFC components are a short coil and two Nippon Chemi-Con KMR 390μF/420V capacitors. Then the primary inversion stage begins on the smaller heatsink next to the primary transformer, which holds four transistors, forming a high efficiency LLC full bridge topology. 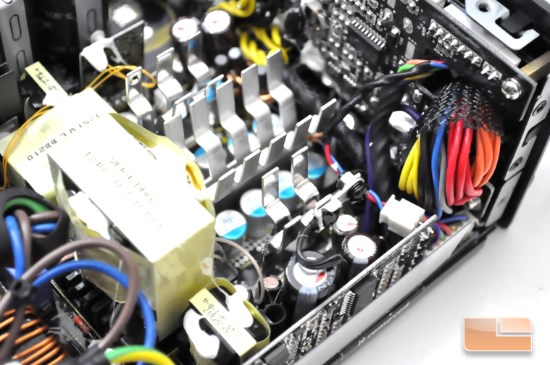 Many silver heatsinks can be seen on the secondary side of the PCB, which however are not directly attached to any transistors. The transistors are at the bottom side of the PCB and these heatsinks essentially cool half of the entire PCB’s surface, the entire area which holds the secondary components, passive and active alike. Every capacitors is supplied by Nippon Chemi-Con, making this unit an all-Japanese affair. 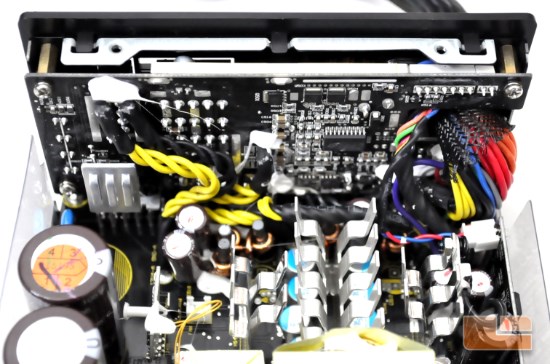 A secondary PCB mounted horizontally across the rear of the unit holds the connectors of the modular cables. The DC to DC conversion takes place on that PCB, as well as most of the power distribution, with many thick bars being used to hold large currents.