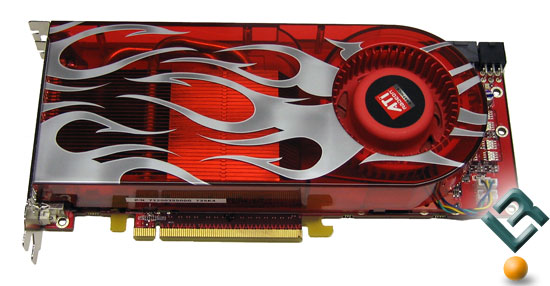 August 2006 seems like a very long time ago in terms of video card technology. That was the last time that ATI, now AMD, launched any type of high-end video card. The X1950 for its time was the hands down winner of just about everything we could throw at it. It had great features and did things like [email protected] that NVIDIA could not. Fast forward to today and you would be crazy to suggest any high-end AMD video card because the NVIDIA GeForce 8800 series thoroughly whips anything ATI branded.

We have been hearing for many moons that the successor to the X1950XTX has been in the works, but only rumors that it existed and would be launched. Finally, just hours after many of you have pampered your mother, AMD is launching their next generation video cards. Dubbed the HD 2000 series, we have in our hands a HD 2900XT which was developed under the code name “R600.” To say that AMD has some ground to make up is an understatement; NVIDIA has a six-month head start on them with the launch of their DirectX 10 ready 8800 series in November.

Contrary to what you may believe, the HD 2900XT that we are looking at here today is not meant to compete against NVIDIA’s 8800 Ultra or even the GTX. Instead AMD aimed at a lower price target, the 8800 GTS. With a launch price of $399 AMD intends to take the mid/high end market segment instead of going after the faster 8800 GTX and Ultra. As much as they want to sugar coat it, the R600 in its current iteration is just not capable of getting the clock speed up to the level needed to go toe to toe with the GTX/Ultra in every situation. As you will see, the R600 has some very bright spots but also leaves a bit to be desired depending on the game tested. We have even thrown in a DirectX 10 benchmark to see how things shape up between the HD 2900XT and 8800 GTX in what are the first tests that can actually make the claim of putting this highly anticipated new feature set to use. Frankly, it’s about damn time that we got a taste of DX 10! Sit back, grab a cup of joe, and read on to see AMD’s entry into the DX10 foray.