Since the ATI X1600 was pre-production when we got a chance to benchmark it we only ran a small number of benchmarks on our own.  ATI was kind enough to lend us an ASUS A7G Notebook, but only installed 3DMark2005 for us to use.  We tried to download other free software to test the GPU out with, but due to a slow network connection and only a couple hours with the notebook we were unable to really test out the X1600 in a real setting.  Real being sitting on a plane playing F.E.A.R. with the GPU overclocked on the battery!  Let’s start off by looking at the Shader Model 3.0 Performance benchmarking versus the nVidia GeForce Go 6600. 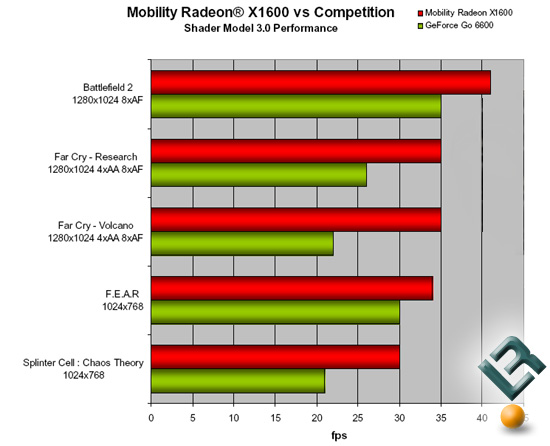 For 3Dmark and Aquamark we did the benchmarking ourselves, so we know these numbers are correct and stand behind them. 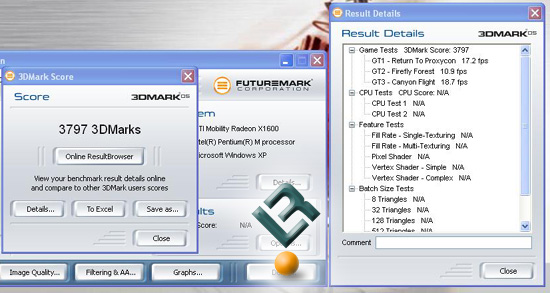 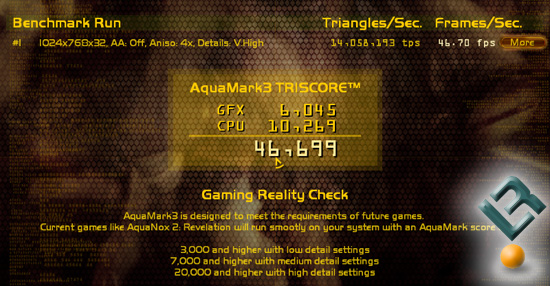 ATI believed their to be driver issues on AquaMark and thought the numbers were too low, so don’t bet the house on this benchmark.  We thought to include them to show some numbers other than just 3DMark2005.