The ASUS Strix 7.1 is a cool looking headset, but it doesn’t have much else. The futuristic-looking Audio Control Station looks nice on top of a desk and its ease of use was a pleasant surprise. The headset is large, yet the edgy earcups, matte black enclosure, and illuminated orange eyes look slick when worn. Generous padding and articulate joints allowed for even distribution of the clamping pressure. The heavy weight is still noticeable, but the headset is comfortable to wear unless  perhaps while you’re eating. At least for me, jaw movement from chewing food moves the very large earcups back and forth. 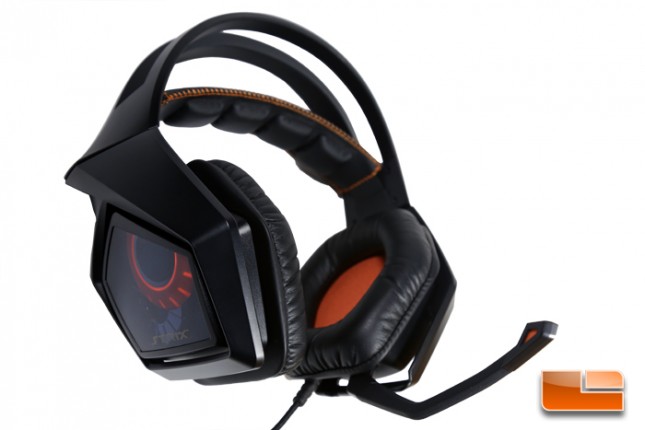 ASUS is a major player in PC sound cards and so we expected the Strix 7.1 Audio Control Station to be a quality piece. Since it has line outs for computer speakers, we were able to test its capabilities as a DAC, concluding that the outgoing stream quality to be quite good. While listening to music and movies with the Strix 7.1 headset, it has a good lively audio character that gives lots of life to vocals. However, the poor sound quality is disappointing and it’s clear the headset is not capable of delivering the amount of detail its audio source is capable of outputting. 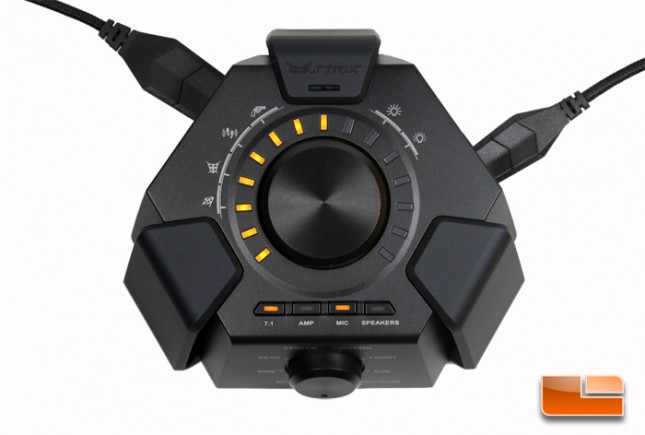 Instead, the headset is very gaming focused and with the processing from the Audio Control Station, the two work together to bring a functional surround sound experience. Positional audio won’t quite be accurately recreated given the tremendous limitations of the small earspace and short spacing of the drivers. Instead, it is the differing audio characters of the drivers, the side and rear channels sounding less detailed and more tinny, that cue the movement of simulated audio sources similar in ways to how consumer “surround sound” speaker bars work. 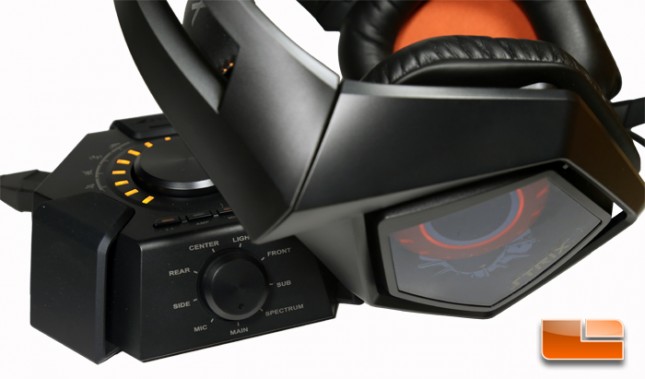 The ASUS Strix 7.1 will be available soon for $199, which is expensive against all options considered. Some combination of a standalone sound card and headset or headphones and microphone would be better for music listeners as the Strix 7.1 reproduces music quite poorly. Yet, its underwhelming sound quality has less an impact on its unexpectedly functional surround sound capabilities. The gamer focused targeting extends beyond its narrow capabilities to the aggressive and ostentatious appearance of the headset and its Audio Control Station. The Strix 7.1 isn’t original and it was seemingly inspired by the Razer Tiamat 7.1. While ASUS has produced the more convincing 7.1 surround sound headset, they don’t push any boundaries throwing themselves into this ring.