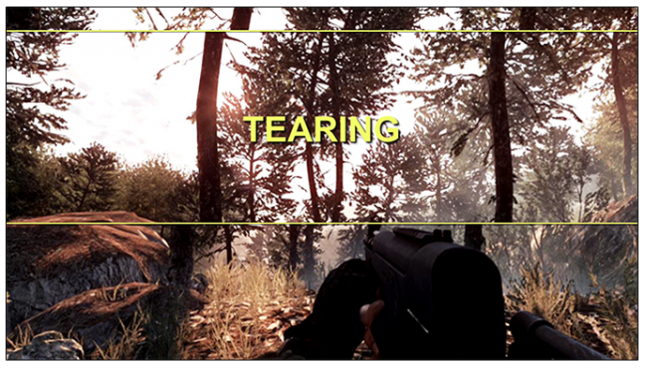 Most monitors operate with a fixed refresh rate, which is commonly 60Hz although some of the newer gaming monitors support refresh rates of 120Hz or even 144Hz. Gamers can choose how the video card passes the frames to the display by either turning VSync off or leaving VSync on. This is the way it has been done for decades. Most gamers turn VSync off, which means that the GPU sends the rendered frames to the monitor as soon as they have been processed and could care less if the monitor is ready to receive them. Often a monitor has not finished its refresh and is not ready to move onto the next frame. This means that the frames coming from the GPU and the refresh rate of the monitor are different and things are not synchronized.

This is one of the main reasons why you experience tearing in games when moving around. If you have a game title that does this just stay in one spot and spin around in a circle and you should really see the tearing. This tearing is happening because a monitor usually refreshes from the top to bottom and the tearing is due to the fact that there is a different frame being shown on the top of the display than the one at the bottom. No matter what refresh rate you game at the tearing is still there despite having a 120Hz or 144Hz monitor. Tearing and juddering is something that gamers have come to live with as it has always been part of the game. How much tearing and juddering you get largely depends on the hardware you are using, the game title you are playing and of course the image quality settings you are running.

If you can’t stand the tearing you can always enable VSync and by turning VSync on you basically force the GPU to hold a frame until the monitor is ready to display it. This means that once the monitor is done rendering the frame it is working on it will go ahead and refresh with the start of the new frame and this will totally eliminate the tearing. The problem is, as most every gamer should know, is that by enabling VSync it locks the frame rate of the game you are playing to the monitors refresh rate. This means with a 60 Hz display you are limited to 60 FPS and so on. This means that the tearing and juddering is gone, but when gaming you’ll see lag and stutters. Ugh!

This is because the GPU might not be able to draw and deliver all the frames at the same time. If you get to a part of a game that is GPU intensive and it takes longer to draw that frame it means you might miss when the panel refresh. That causes big time lag as you need to wait until the frame can be sent to the monitor on the next refresh cycle. The monitor in the mean time has to display something, so it just displays the previous frame again, resulting in the stutter gamers are familiar with when VSync is on. If you want to see stuttering on your display enable V-Sync and disable triple buffering on a GPU intensive game title and you’ll see why most gamers disable VSync as tearing is easier to deal with than the lag and stutters. 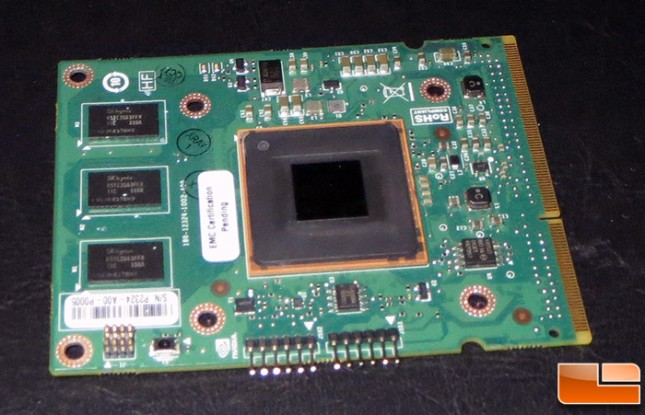 NVIDIA has some pretty smart engineers working for them and they were able to come up with a way to allow the GPU to control the rate at which the game frames are delivered and the refresh rate of your monitor.This requires special hardware inside the monitor. The hardware hidden inside the display is the NVIDIA G-SYNC module and it allows monitor to synchronize the output of the GPU, instead of the GPU to the monitor, resulting in a tear-free, faster, smoother experience that has redefined the gaming experience that we have become so used to. It also doesn’t hurt that most G-SYNC monitors are 120Hz or 144Hz and most people will be upgrading from an older 60Hz display. This means that most gamers will be able to eliminate screen tearing and greatly reduce stutter and input lag while gaming at a higher refresh rate in general.

The diagram above shows how NVIDIA G-Sync works. The gaming PC with the NVIDIA GeForce GPU inside sends a signal to the G-SYNC controller built into the monitor and tells the monitor when to update the display. This allows the GPU to render the frame at whatever speed it requires, because the monitor will wait until the full frame is delivered. This means no tearing as you have a cariable refresh rate that is adjusted in real-time. it works regardless of the game title you are playing and the only real caveat is that it only works over DisplayPort. The G-Sync module itself doesn’t support HDMI or DVI video connections as it needs a solution that can handle data packets and DisplayPort was the answer. You will also need an NVIDIA GeForce GTX Ti Boost or ‘higher’ video card for G-Sync to work. It obviously will not work on AMD graphics cards.