Though it might a be a bit disingenuous to the Razer DeathAdder, ASUS settled upon an ergonomic mouse form that works very well. The Gladius is hardly the first mouse that embraces such a design and it is arguably the most optimized claw focused shape. It has a low profile that encourages a claw grip for fast paced gaming, but doesn’t have the aggressive or steep curvature of dedicated claw mice that completely prevents resting the rest palm on the top of the mouse. The dark grey shell, black rubber grips on the sides, and bright red LED lighting further the aesthetic that comes off the flowing curves. 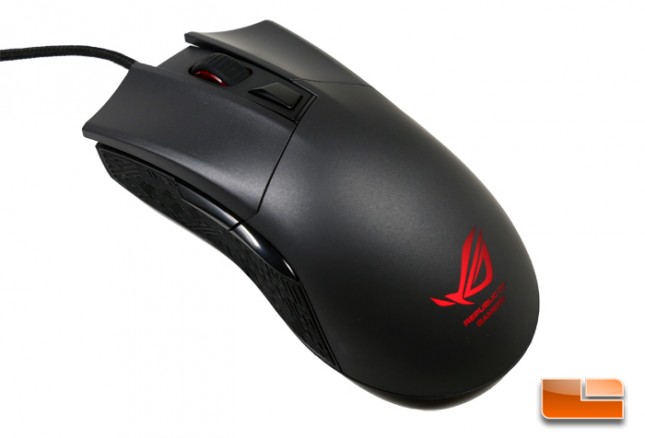 Then, there’s the extra feature stuff, some crazy things we haven’t seen before, that ASUS has added to make the Gladius that much more interesting. This is as labeled, the world’s first 2000Hz polling rate mouse. The replaceable socketed mouse button switches is an invitation to take apart the mouse that we feel most won’t need or be interested in doing. Those are in addition to the other premiere gaming mouse features the Gladius has such as a 6400 DPI optical sensor, onboard memory, and detachable cable. 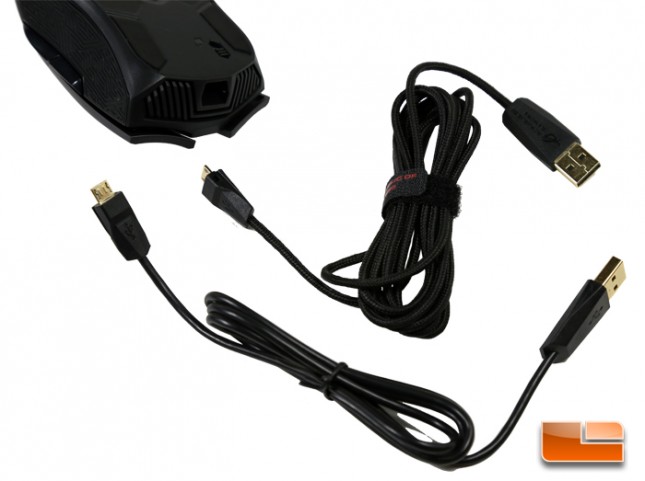 The Gladius is loaded with features on top of a great functional design to match the principles and themes of other namesake products in the ASUS ROG family. It’s still a neat claw grip mouse for any PC gamer and its $65.45 price at Amazon is decently reasonable given this mouse’s strengths and the accessories included. For all of those reasons, we definitely recommend the ASUS ROG Gladius for those looking for a serious claw grip mouse.

Legit Bottom Line: Seemingly the ASUS ROG Gladius incorporates some design principles from other major gaming mouse players, but has enough of its own character to show for itself.