An ASUS Motherboard For Enthusiasts – RE2

For as many years as I have been building my own PC’s, many of my friends have sworn by ASUS for the best stability, top end features, and great overclocking. Today, ASUS is still considered by most as the elite motherboard manufacturer for desktop motherboards. Over the last few years ASUS has stepped beyond the ordinary offerings to bring us something truly radical, even branding a name to their special line of motherboards. Dubbed the “Republic of Gamers” series, or ROG, these motherboards are considered the elite with cutting edge overclocking abilities and performance that few other boards can match. 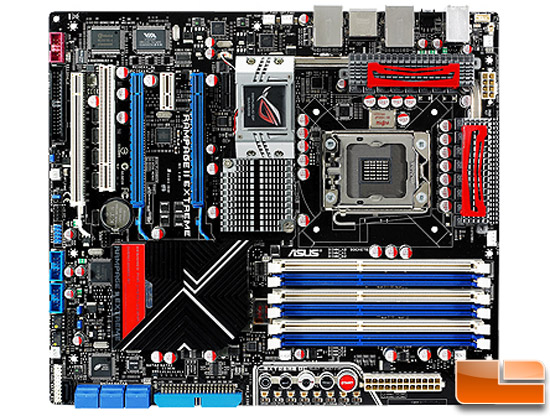 Today, we are lucky enough to have such an ROG board to test, the Rampage 2 Extreme. The original Rampage Extreme was based on Intel’s X48 chipset and was given the Editor’s Choice award in our September review. This time around, ASUS has worked their mojo on Intel’s X58 chipset while adorning it with some incredible features and eye catching colors. Let’s take a look at the incredible list of features before we move on.