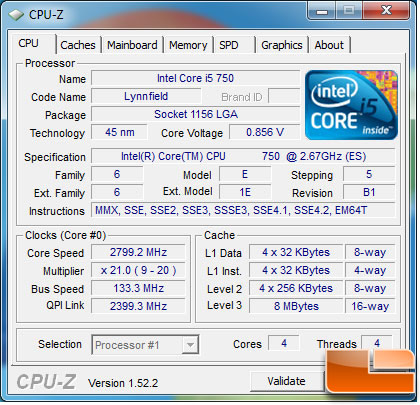 Anyone familiar with overclocking a Nehalem based CPU will quickly and easily find the limits of their CPU and cooling with the ASUS P7P55D Deluxe. Simply change Ai Tweaker to manual, dial in a healthy dose of BCLK (I suggest starting at 166), disable turbo mode, set a multiplier somewhere in the 18-20 range, feed about 1.3v into the CPU and let ‘er rip! 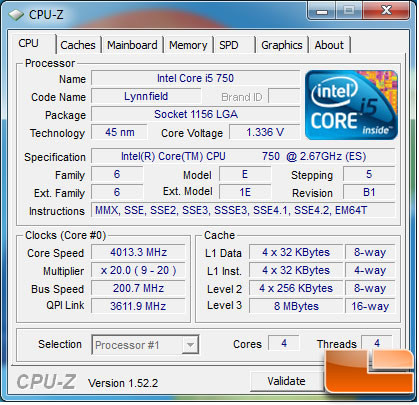 After a short time of tweaking, we found that our i5 750 was able to reach a max of 200 BCLK. Keep in mind that we were pushing the memory system hard with a 4x2GB set up. While I was able to bring the system up at 200×20 for an even 4GHz, trying to run any higher would cause the system to fail before the operating system could load. 200 BCLK is the minimum an i5 750 needs to reach 4GHz, so we were able to reach that with a full load of memory, but nothing more. I would have liked to have seen higher BCLK numbers but it just wasn’t in the cards.