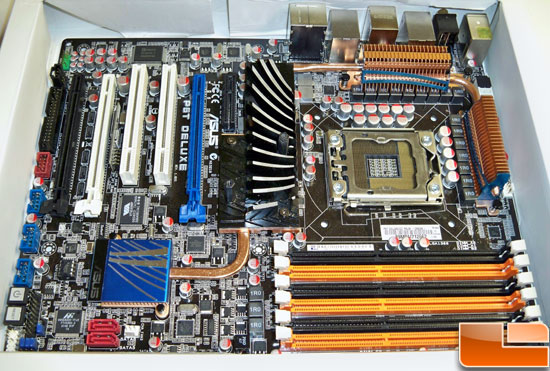 In the world of motherboard makers, they just don’t get any bigger than ASUS. Over the past year the company has grown by leaps and bounds. They have always offered a value priced motherboard with a good selection of features and stability, and at the same time they build in overclocking must haves. The last couple of years we’ve seen a number of enthusiast motherboards, but none have offered more than ASUS. They keep building in more and more features to cater to overclockers. It’s to this end that we have the ASUS P6T Deluxe OC Palm.

Based on Intel’s latest and greatest chipset, the X58, it packs in features for the workstation buyers and overclockers alike. Admittedly, the OC Palm edition is more of an enthusiast’s board, whereas the “standard” P6T Deluxe would be more in line for a workstation. Nevertheless, they are essentially exactly the same aside from just one peripheral which we will get into in just a bit. First, though, let’s take a look at the incredible features built into this board.