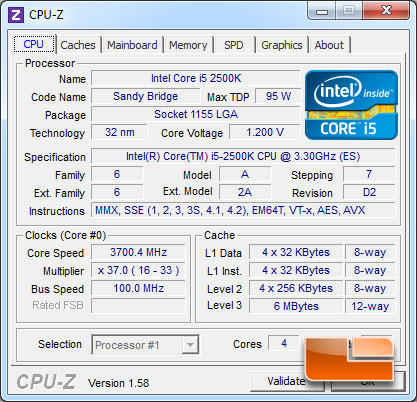 The Intel Core i5 2500K utilizes a Bclk of 100MHz, under full load the Intel Core i5 2500K uses a multiplier of x33 to achieve the final clock speed of 3.3GHz. Since we are using a K series processor which has an unlocked multiplier we will be able to increase the default x33 multiplier to achieve our overclock today. We can see in the above CPUz 1.58 screen shot that with the Turbo mode engaged we are cooking along at 3.7GHz. 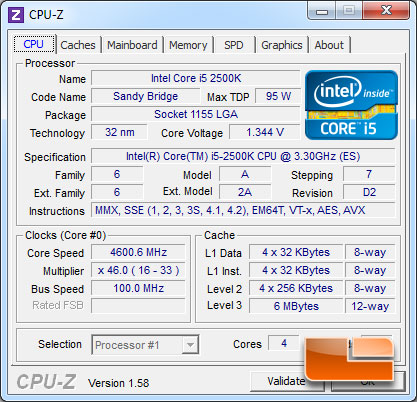 ASUS has a CPU Level up option on the ASUS Maximus IV Extreme-Z (and the Gene-Z) motherboard. We can select 4.2GHz or 4.6GHz. Of course, we are going to go for broke and try out the 4.6GHz option, low and behold as you can see above it worked flawlessly! 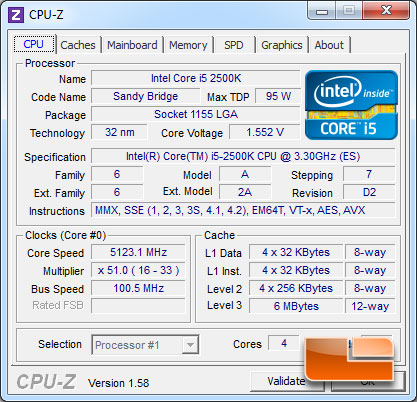 We were able to manually overclock the ASUS Republic of Gamers Maximus IV Extreme-Z far beyond the CPU “level up”. We were able to crank the multiplier up to 51 and the Bclk to 100.4MHz, though it’s being read in CPUz as 100.5MHz, for a final overclock of 5123MHz! We pushed the Voltage up to 1.535V and changed a few other options in the BIOS as you can see below. 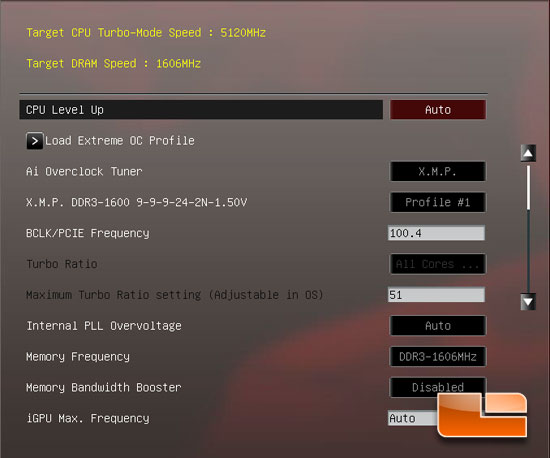 The only settings we have adjusted on the above screen shot of the Maximus IV Extreme-Z BIOS is the Ai Overclock Tuner where we have the memory profile set to X.M.P. profile #1, as well as the Bclk/PCIE frequency being set to 100.4. 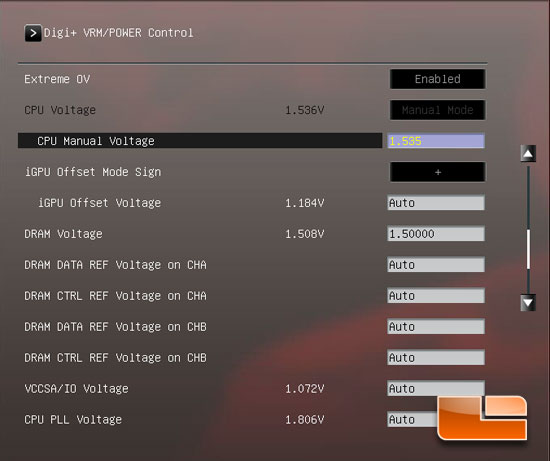 The only voltage we had to set on the ASUS ROG Maximus IV Extreme-Z to hit the 5.1GHz overclock was the CPU Voltage, it had to be increased to 1.535V. The DRAM Voltage has also been set to 1.5V to match the specifications of the Corsair Vengeance memory kit being used. 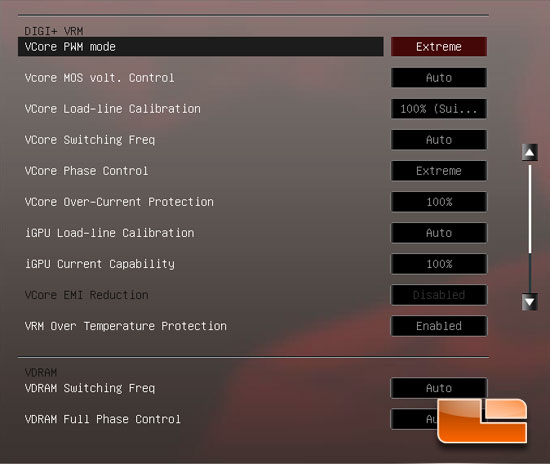 On the DIGI+ VRM page of the Extreme-Z UEFI BIOS we have adjusted the VCore Load-Line Calibration to 100%. 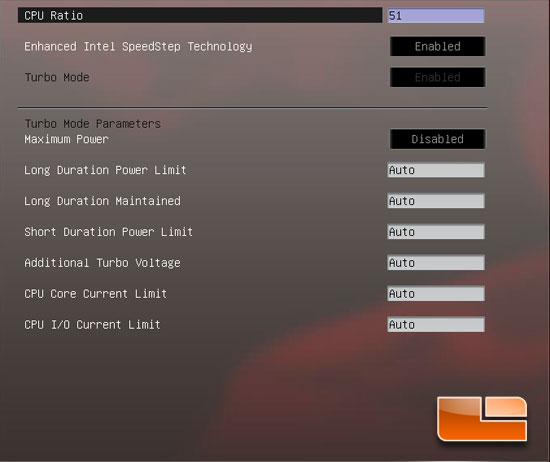 The CPU Performance Settings Page of the UEFI BIOS is where we have adjusted the CPU Ration of the Intel Core i5 2500K processor.