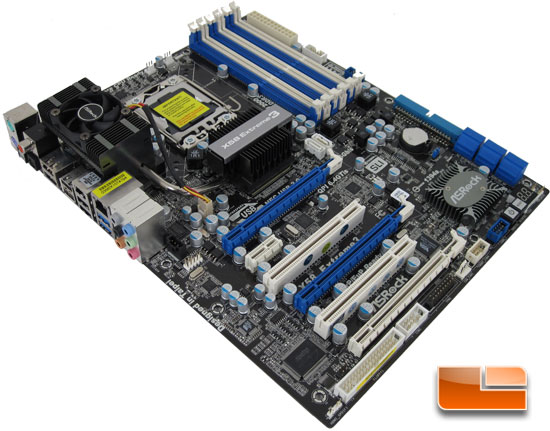 Today we have the opportunity to look at a new motherboard from ASRock. Established in 2002, ASRock is a company that is still a bit on the small side when compared to some of the big guns out there. Despite being on the small side I am confident they are planning on making some big waves with the center piece of today’s article, the ASRock X58 Extreme3. The ASRock X58 Extreme3 aims to be a top notch board with a rock bottom price. Coming in at only $199.99 it is currently the only motherboard below the $200.00 price barrier that offers the most current features. Features such as USB 3.0, SATA 3, and E-SATA3 are going to set the ASRock X58 Extreme3 apart from its low cost brethren!

If the above information wasn’t enough to fill up your insatiable need for information, below is a full, much more comprehensive list of specifications.

Now that you know everything there is to know about the ASRock X58 Extreme3 motherboard, let’s start the tour!