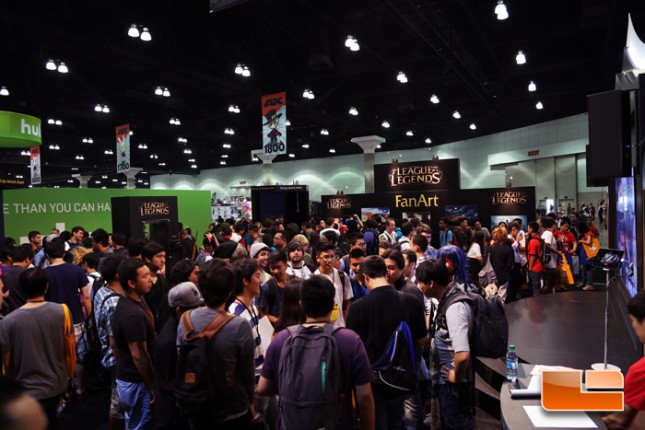 Riot Games made their first Anime Expo appearance in acknowledgement that many League of Legends players enjoy anime. There was no merchandise being sold, but the booth packed a small stage for fan events such as cosplay events and trivia games. This was one of if not the most popular attraction in the Anime Expo 2014 Exhibit Hall due to a combination of the game’s popularity and the skin code giveaways Riot was conducting just by talking to booth staff. 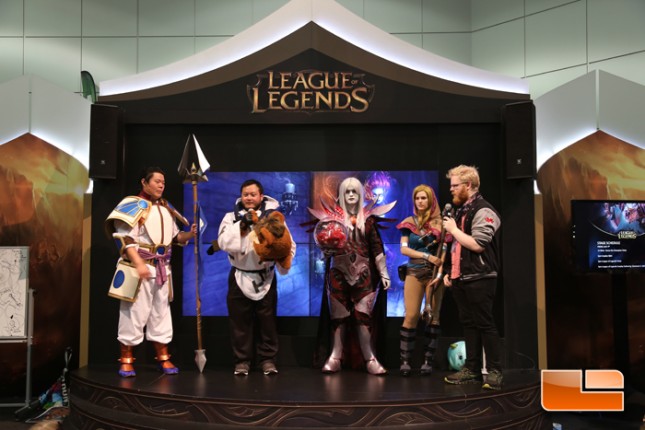 A replica of Leona’s Zenith Blade makes an appearance at the west entrance of the booth. 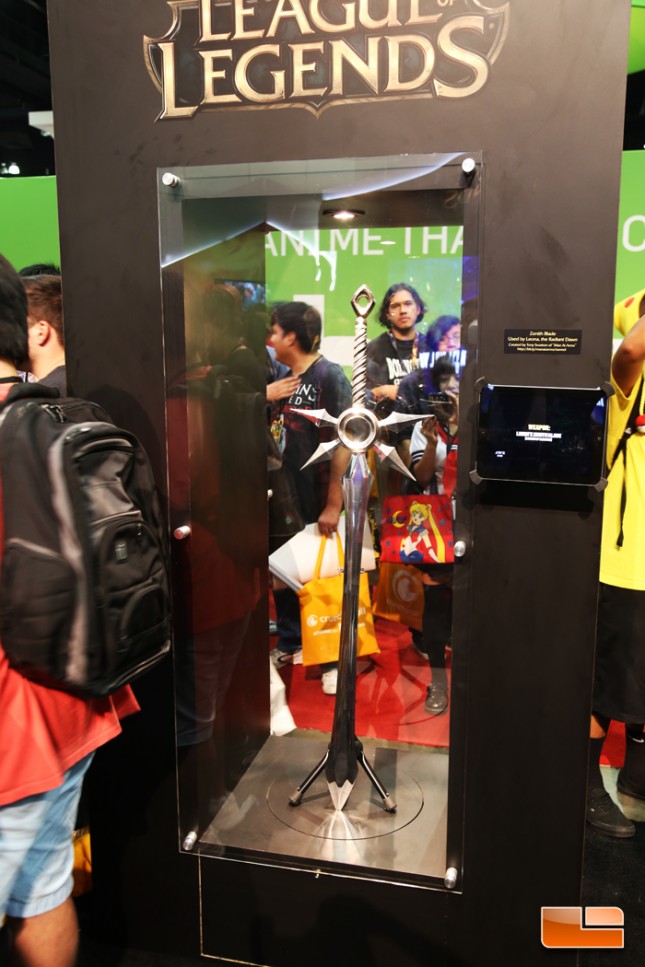 On one of the outside walls of the League of Legends booth was a whiteboard where fans could pick up a marker from the floor and doodle. 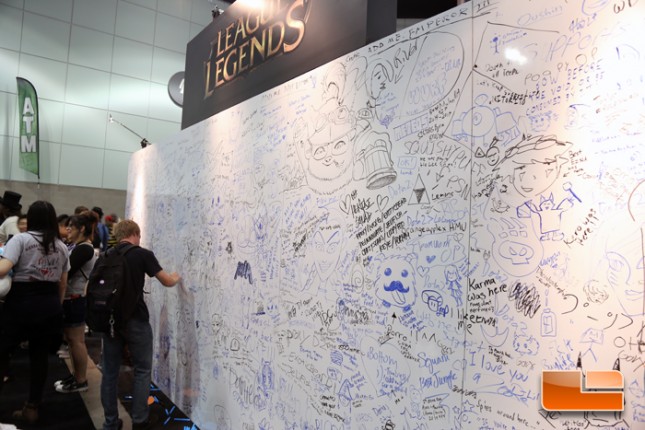 The other side of the whiteboard wall and another outside wall were dedicated to fan artwork from around the world. 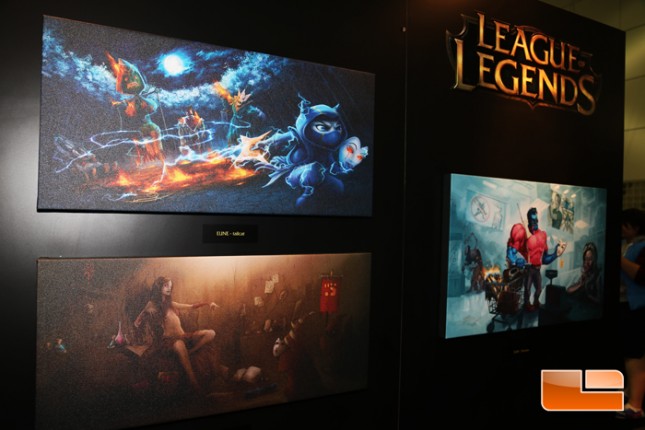 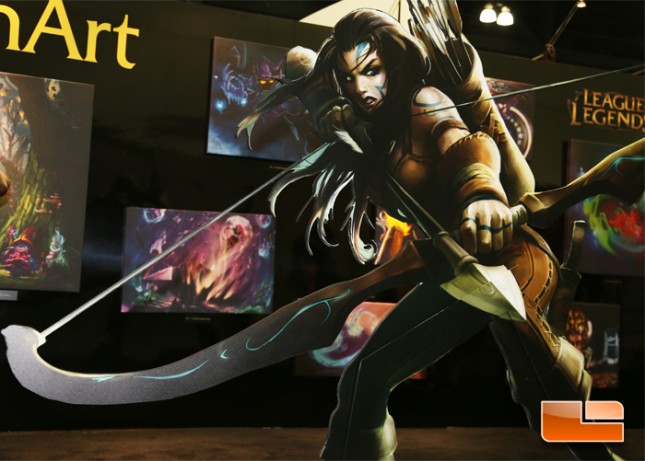