The AMD Ryzen 5 3600XT, Ryzen 7 3800XT, and Ryzen 9 3900XT all appear to offer small performance improvements over their respective ‘X’ series processors that they are derived from. The 100 – 200 MHz boost clock increase helps boost performance by only around 2 to 5 percent, but that was often enough of a difference to pass up another processor in the benchmark charts. 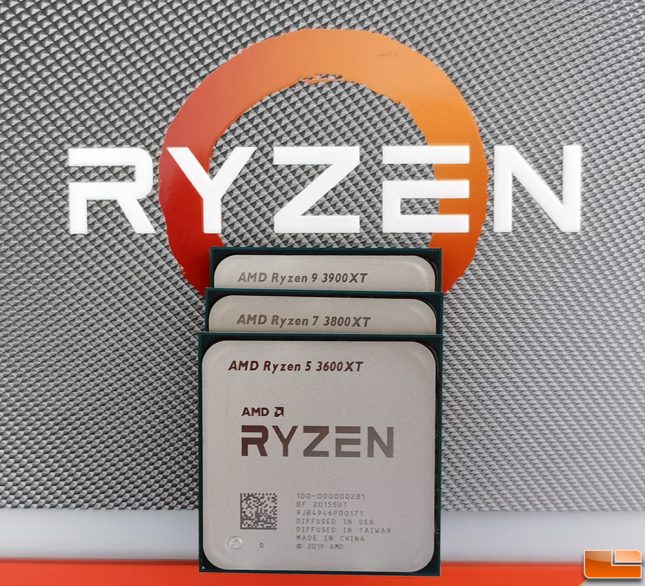 When it comes to power draw the idle and load power draws were up for the new ‘XT’ parts, but we expected the load power to be slightly higher with the higher clock frequencies. Seeing another 10-20 Watts at load isn’t anything major, but we did notice that the performance per watt actually went down on the chips where we had both the ‘X’ and ‘XT’ versions. For example, the 3600XT used 20W or about 13% more power than the 3600X in Cinebench and only gained 3.4% more performance. This hurts the performance per watt proposition a little bit if you care about that.

Legit Bottom Line: The AMD Ryzen 3000XT processors brings more performance to the table for those that are willing to pay a little more to get it.