AMD recently released AGESA 1003 ABBA to motherboard partners and they in turn have started to release BIOSes based on AGESA 1003 ABBA. The big news with this AMD Generic Encapsulated Software Architecture (AGESA) build has changes in it that will help AMD Ryzen 3000 series CPUs reach their advertised boost speeds. Specifically, this build resolves an issue that was reducing maximum boost frequency by 25-50MHz depending on workload. Earlier this week we tested our Ryzen 3000 series chips and discovered they all were not able to run at their max boost clocks. Let’s see if the new AGESA build on our X570 platform will change that. 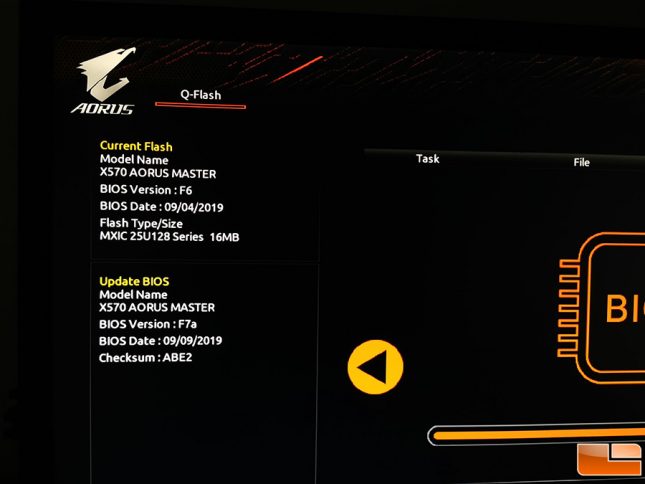 For testing we will be using our AMD X570 desktop platform with four AMD Ryzen 3000 series processors; Ryzen 9 3900X, Ryzen 7 3700X, Ryzen 5 3600X, and Ryzen 5 3600. A clean install of Windows 10 Pro 64-bit v1903 was done and all updates as of 9/08/2019 were applied to the operating system. AMD chipset driver version 19.10.16 was used. The CPU was kept cool by a Corsair Hydro Series H115i PRO liquid CPU cooler and a 1TB NVMe SSD was used as the systems primary drive and resided on the motherboards 1st built-in M.2 slot. The Gigabyte X570 AORUS Master motherboard (pricing) for AMD Ryzen processors was running BIOS/UEFI version F6 (AGESA 1.0.0.3 ABB) and F7a (AGESA 1.0.0.3 ABBA). After each AMD Ryzen 3000 series processor was installed we loaded optimized defaults and made zero changes. This left the memory running at 2133 MHz and that is fine as we wanted to keep the setup as simple as possible. PBO was disabled and Ryzen Master was not installed on the test system.

For testing we followed the same setup that AMD recommended to der8auer when he did his AMD Ryzen 3000 Boost Clock Survey earlier this month. We downloaded Cinebench R15 and HWiNFO64. We then set HWiNFO64 to run with a 500ms polling rate (default is 2000ms) and ran the single-CPU benchmark in Cinebench R15. We did this three times and recorded the maximum boost clock shown on each of our Ryzen 3000 series processors. 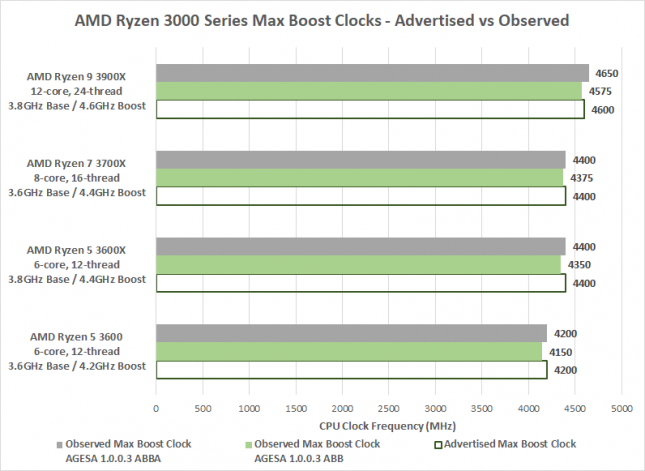 The higher clock speeds also improved our Cinebench R15 Single Core CPU results across the board. Take a look at the small bumps that each CPU got. 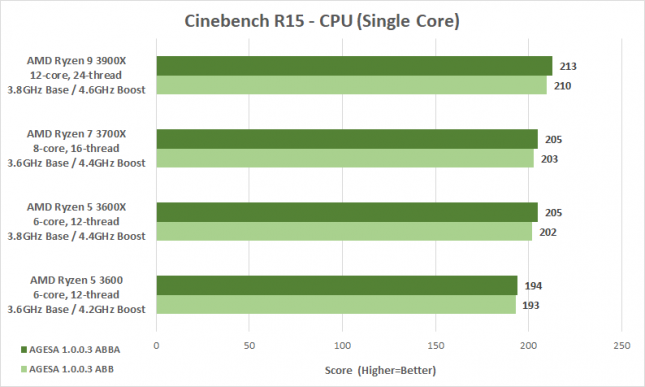 We logged the sensors of our platform each and every run we did by utilizing the built-in logging solution in HWiNFO64. We decided to chart the CPU core clock frequency over time of the most active single core on each processor and the CPU Core voltage for that same physcial processor. 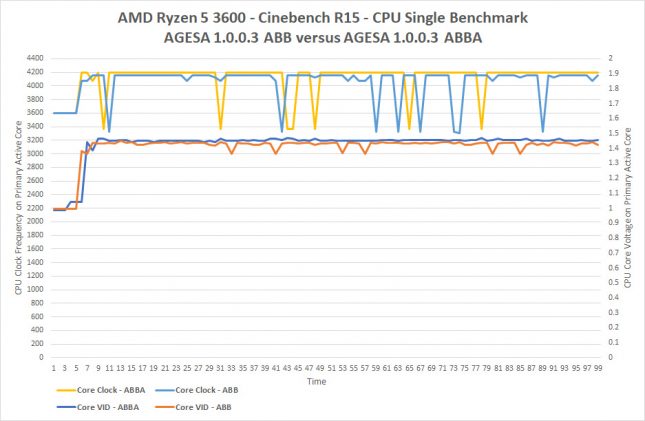 Here you can see on the AMD Ryzen 5 3600 that a higher overall core clock was maintained and the CPU core voltage was also slightly higher as a result.With the AGESA 1.0.0.3 ABBA BIOS update we were able to hit this chips rated max boost clock of 4.2GHz. Core hunting was still taking place on both UEFI builds a little more than we would expect with this workload, but that seems to be common on Ryzen processors. The core voltage was higher and smoother on the ABBA BIOS. 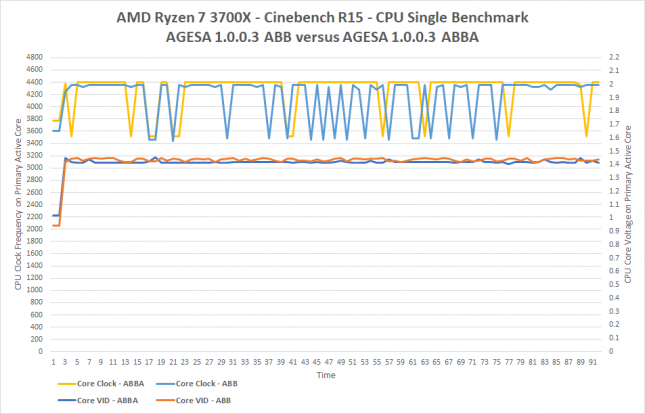 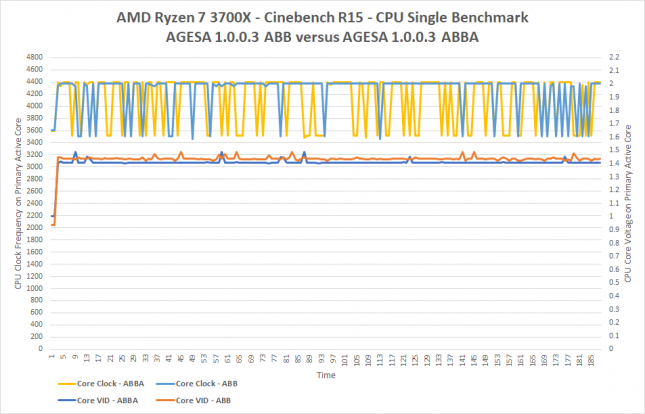 On the Ryzen 7 3700X we were able to run at the advertised boost clock of 4400 MHz and the core voltage was down again. 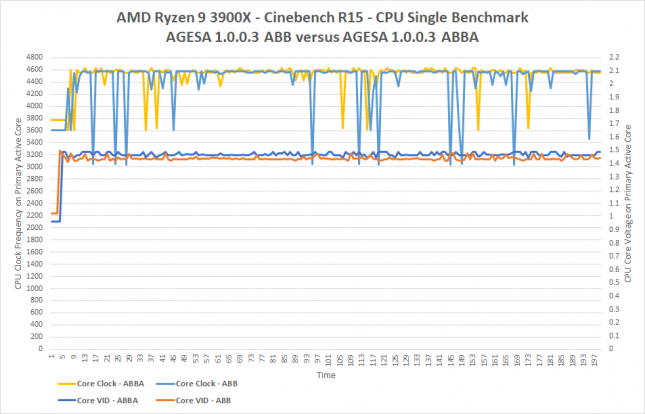