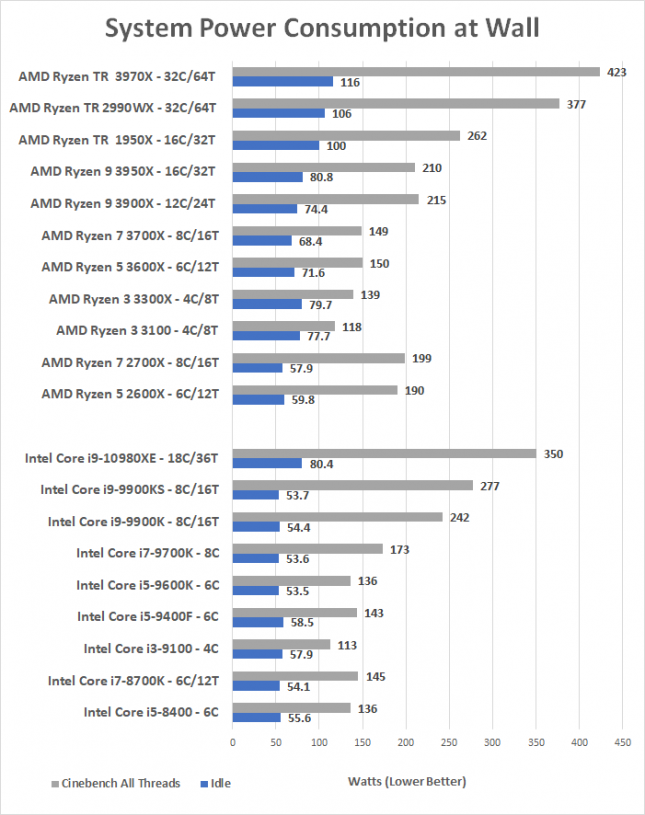 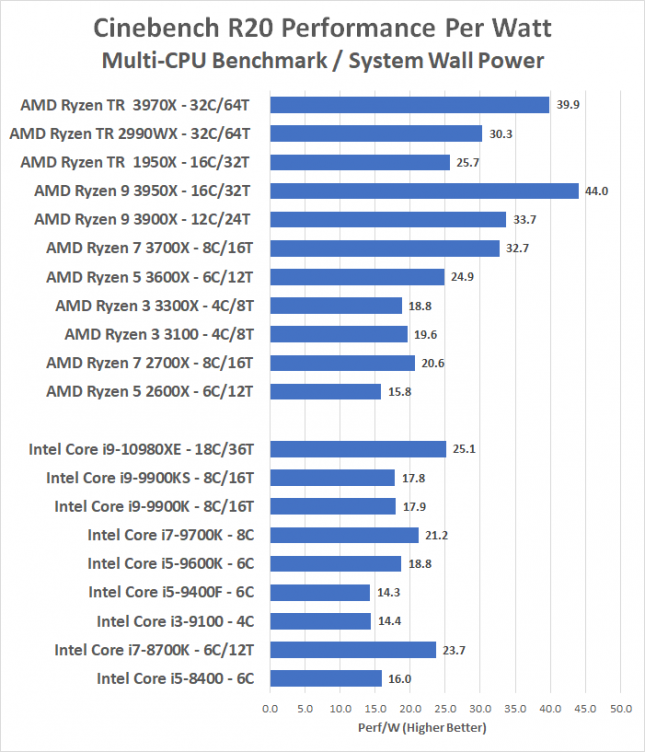 Most companies talk about perf/W or Performance per Watt these days, so let’s take a look at that real quick. As you can see the AMD Ryzen series does really well on perf/W as the higher the number the better here. The AMD Ryzen 3 3300X and 3100 don’t score as high as the other Ryzen 5/7/9 parts, but they are better than what is seen from the Intel Core i5-9400F and Intel Core i3-9100. AMD once again wins on the performance per Watt competition, which shouldn’t come as a shock to anyone at this point.