Over the weekend a RV670 DX10.1 whitepaper was leaked on an ATI fan site that spilled some of the secrets of the upcoming ATI Radeon HD 3800 series. It might be a little strange that it happened just before NVIDIA launched their GeForce 8800 GT, but it’s no real shocker in this industry. It’s only fair to share the DirectX 10.1 whitepaper with our readers, so that you are better informed as to what is coming out in the industry.

DirectX 10 was one of the most significant updates to the API since its inception. DirectX 10.1 represents an evolutionary update that addresses some of the limitations identified after the specification was finalized. Key features include an updated shader model, improved anti-aliasing support, more flexible data access, and tighter specifications for better application compatibility. These features will enable exciting new techniques, such as real-time global illumination, that will define the future direction of interactive 3D graphics.DirectX 10.1 support will be coming to the Windows Vista operating system with the release of a service pack in early 2008, so this is still a number of months away. 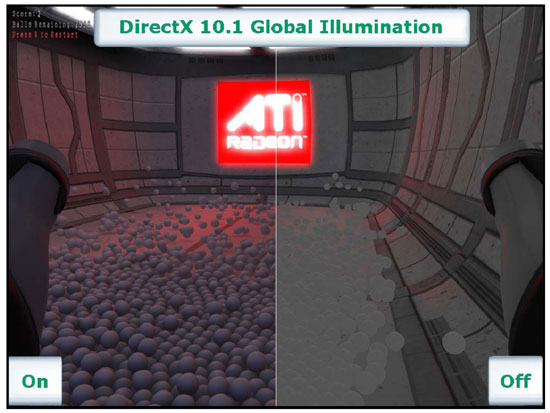 Included in the DirectX 10.1 whitepaper is a picture of the ATI Radeon PingPong game shows global illumination in action, providing realistic lighting and shadows with thousands of physically simulated objects that the player can interact with. The right hand side of the image shows how the scene looks with global illumination disabled. Using ray tracing techniques to render this type of highly dynamic scene would be practically impossible to achieve in real-time on today’s consumer hardware. This is now possible thanks to DirectX 10.1 and the vertex, geometry, and pixel shader instruction sets in it that have now been updated to Shader Model 4.1. 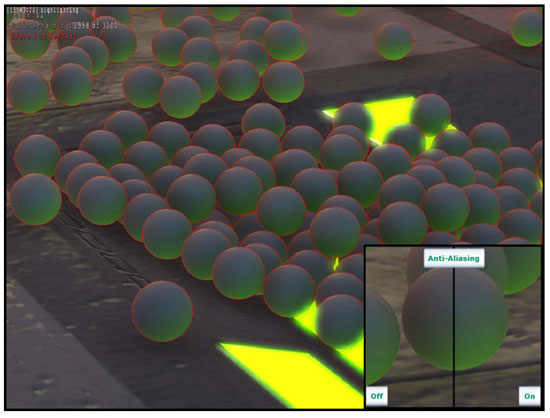 DirectX 10.1 allows custom anti-aliasing filters to be implemented with pixel shaders. Custom filters can offer improved quality in certain cases where standard MSAA can have issues, such as with HDR lighting and deferred shading techniques. Pictured above is another scene from the ATI Radeon PingPong game that shows edge pixels. Edge pixels, detected by the edge detect AA filter and highlighted in red in this image, are assigned more samples than other pixels in the image. The inset at the lower right shows how this anti-aliasing removes jagged edges and shimmering artifacts from the edges of the balls; the effects are more pronounced when the image is in motion. DirectX 10.1 allows all AA buffers to be accessed directly by shaders, so improved anti-aliasing is on the way.

Take a second and read the white paper that was leaked onto the internet, as it does contain lots of interesting information. The ATI Radeon HD 3800 series products are the world’s first GPUs to bring these features and benefits to the PC. The main advantages of DirectX 10.1 include global illumination delivering lighting and shadow quality in real-time that matches the ray tracing techniques used in CG films, improved anti-aliasing techniques to clean up distracting shimmering artifacts, and tighter specifications for improved compatibility. We are sure more information about the ATI Radeon HD 3870 and ATI Radeon HD 3850 video cards will be out in a couple weeks. At least you know a little bit about them after reading this article!