The AMD Radeon R9 290X GPU is expected to be announced this week and if the rumors are true, it will be AMD’s new high-end gaming graphics card. Last week we found out from a very reliable source inside AMD that the Hawaii GPU is built on the 28nm process and will have a die size 30% smaller than the NVIDIA Kepler GK110 GPU. The approximated die size of the NVIDIA GK110 GPU is said to be around 550 mm, so that means Hawaii could be around 385 mm. Although some sites like 3DCenter.org are saying that the Hawaii GPU will have a die-area of 430 mm and some others are saying it will be 424 mm. It will be interesting to see what the real die size is.

The same site also suggests that the AMD Hawaii GPU will have 2,816 stream processors across 44 clusters with 64 stream processors each a 37.5 percent increase over Tahiti. The base clock on cards using this GPU will be around 900MHz, but expect to see overclocked cards by board partners closer to the 1GHz mark. The new GPU will have four independent raster engines, the AMD Tahiti GPU had two, which could translate into twice the geometry processing performance. The card is said to have 4GB of GDDR5 memory running on a 512-bit wide memory bus. The card will support DirectX 11.2 will come baked in alongside the hyped shared resources feature.

How will the AMD Radeon R9 290X video card perform? Well, a website called DG’s Nerdy Story (URL: udteam.tistory.com) has posted images with the GPU cooler removed that are worth a closer look. The GPU cooler appears to match the confirmed image released by DICE yesterday. It looks like the AMD Radeon R9 290X has a 5+1 power phase arrangement and both 8 and 6-pin power connections. This isn’t bad for the flaghip video card, so hopefully we’ll see some great power efficiency from this card. The AMD R9-290X has has two DVI, HDMI and a display port video outputs. 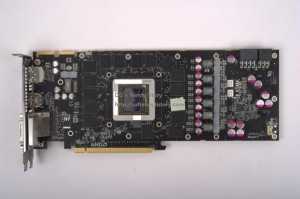 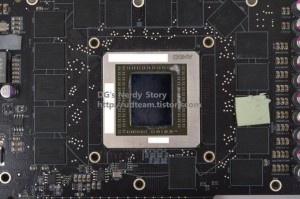 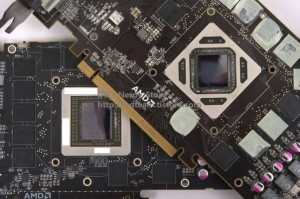 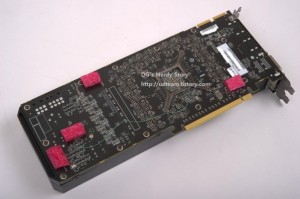 The card is said to launch in October 2013 for between $599-$649. What kind of performance can you expect? Well, DG’s Nerdy Story has leaked all that too. Since they have a ton of images of the video card, we can only expect that the numbers are possibly real as well. Here are some of the benchmarks that were posted: 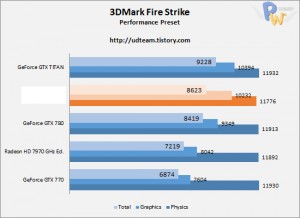 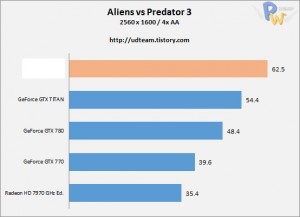 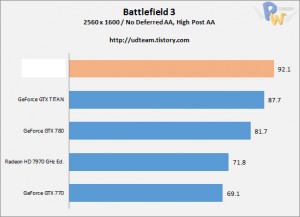 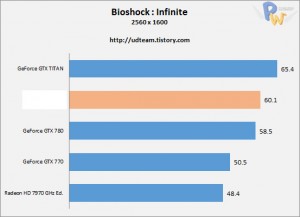 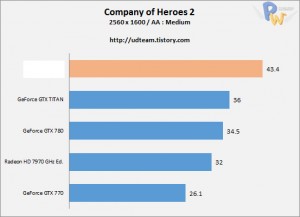 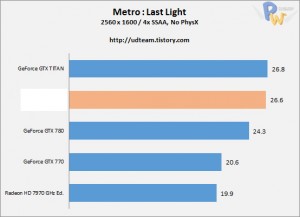 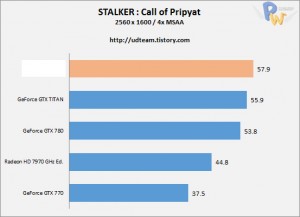 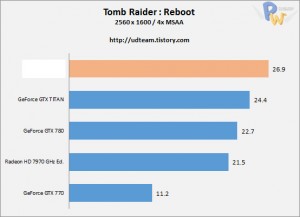 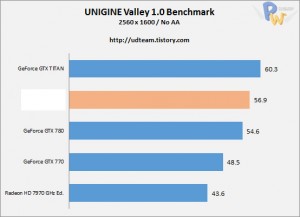 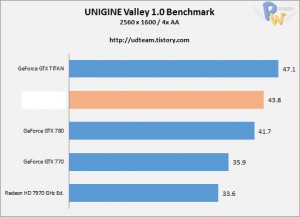 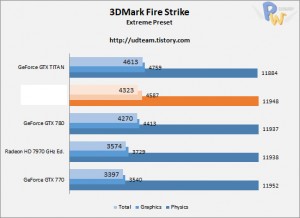 As you can see the AMD Radeon R9-290X with the new Hawaii GPU beat the NVIDIA GeForce GTX Titan more times than not and appears to be the faster overall graphics cards in the gaming benchmarks shown. These tests were likely done on early video card drivers as well, so it is highly likely that AMD will be getting even more performance gains from newer drivers.

Legit Reviews will be at the AMD GPU Tech Day this week to hear what AMD has to say, but sadly it appears much has already been leaked online!