No review is complete without taking a look at power and the Intel Core i3-7350K doesn’t disappoint when we looked closer at the power numbers. 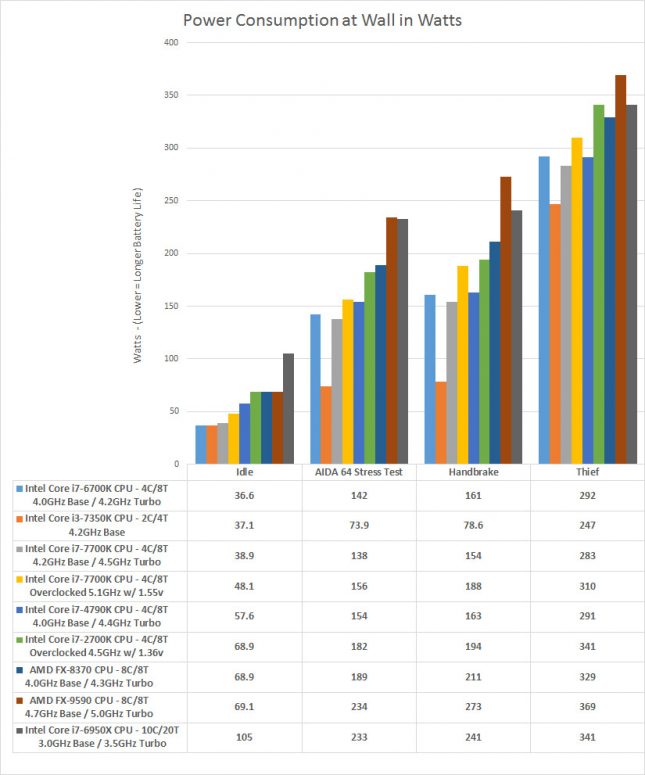 The AMD FX-9590 is a 220W TDP processor, so it shouldn’t come as a surprise to anyone that it used the most power in our three load tests. The AMD FX-9590 platform used 69.1W at idle and that number includes the MSI 990FXA-Gaming motherboard,  NVIDIA GeForce GTX 1080 FE video card, Crucial MX300 1050GB SSD and the Corsair H105 water cooler. The processor topped out at 273W in Handbrake and 369W while playing Thief. In Handbrake the FX-9590 used 119 Watts more power than the Intel Core i7-7700K, which is a big difference considering how much faster the 7700K was in our testing. AMD Ryzen processors are supposed to be as power efficient as the Intel Broadwell-E series, so it will be interesting to see what the real numbers look like. 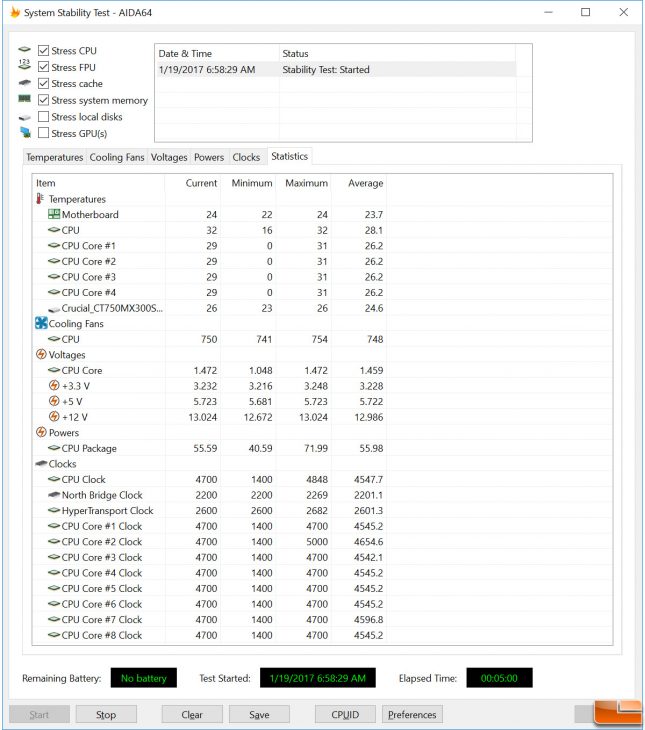 We just took a quick look at temperatures at stock speeds on the AMD FX-9590 and found that AIDA64 still doesn’t appear to be reading this processor right despite being out nearly 4 years. It shows temperatures for each of the four modules, but the idle temp was 0C and the load temp was 31C after a quick 5 minute run of the AIDA64 stress test. Hopefully AMD can with with AIDA64 and other applications for better CPU support.