InnoGrit PCIe Gen4 Controllers Enter The Market Thanks To ADATA

The XPG GAMMIX S70 NVMe PCIe Gen4 SSD series is exciting as it is the first model on the market that uses the InnoGrit Rainer PCIe (IG5236) controller and TLC NAND Flash. InnoGrit was founded in 2016 by a group of experienced storage industry veterans including some former Marvell employees. We first saw the InnoGrit IG5236 controller running at CES 2020, so this has been years in the making. 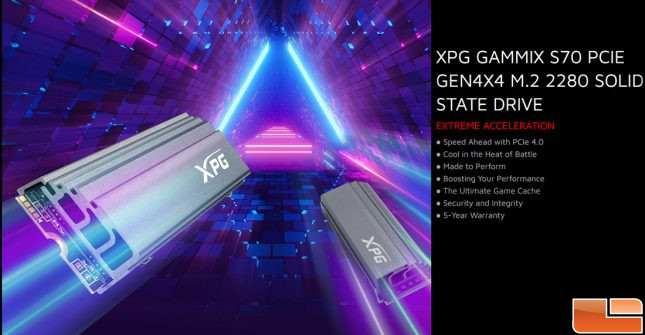 The XPG GAMMIX S70 series is available in 1TB and 2TB capacities with speeds of up to 7.4 GB/s read and 6.4 GB/s write. That makes it the flagship PCIe Gen4 x4 model for ADATA and this drive series is aimed at the high-end consumer storage market.

The performance between the GAMMIX S70 differs slightly depending on the capacity that you purchase, so we tossed together a quick table to show you the key differences.

Pricing on the XPG GAMMIX S70 series is priced at $0.20 per GB when this review was published. That means you are looking at $199.99 for 1TB and $399.99 for 2TB. ADATA went with a standard 5-year warranty on this series and the endurance rating is pretty good at 740 TBW for every 1TB of storage space. 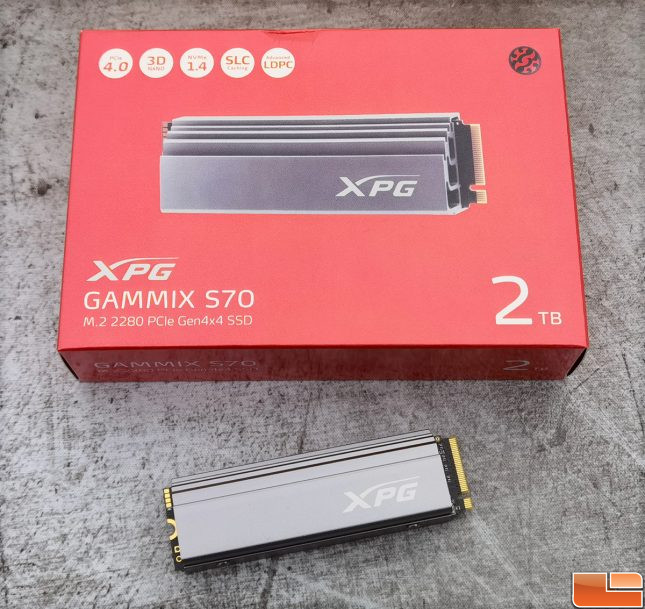 ADATA sent Legit Reviews the XPG GAMMIX S70 2TB version for us to check out on our AMD Ryzen X570 platform! This is the fastest drive of the series, so that makes sense. The part number on our test unit was AGAMMIXS70-2T-C.

The first thing that you’ll notice with the GAMMIX S70 is that is comes with a massive gun metal gray heatsink on it. a good number of PCIe Gen4 drives come with a factory-installed heatsink, but none that are this large. This drive is 15mm thick!

On the back of the drive you’ll find the product label that has all the usual drive information and regulatory markings. 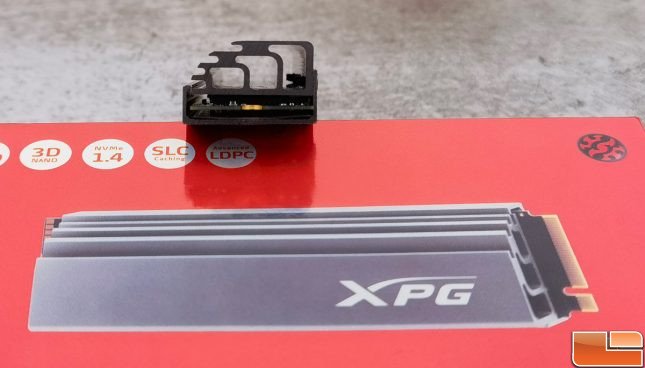 Looking at the end of the GAMMIX S70 heat spreader you can see that is has a terraced structure with hollow chambers. This is to increase surface area and improve airflow. ADATA says this proprietary heat spreader design keeps the drive 30% cooler. If your PC already has a heatsink you can remove two screws and take the heat spreader off. 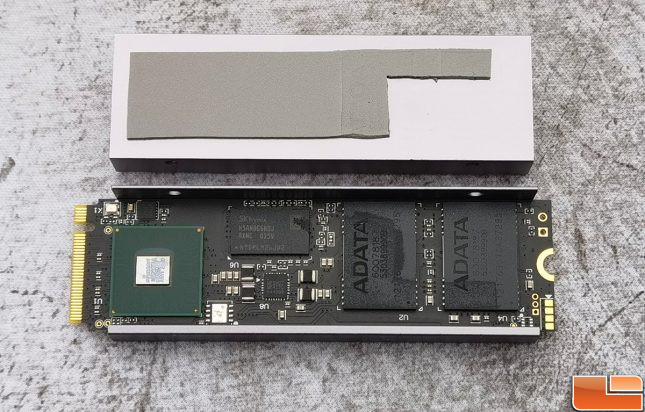 Once you carefully remove everything you can see the M.2 SSD itself. ADATA cut the thermal pad in a way that only part of the TLC NAND Flash chips are being cooled. The top part of the heat spreader comes off very easy, but the bottom side uses an adhesive thermal sticker that is very difficult to remove. If you need to take this drive apart you’ll need to be very careful as you could possibly damage the drive. 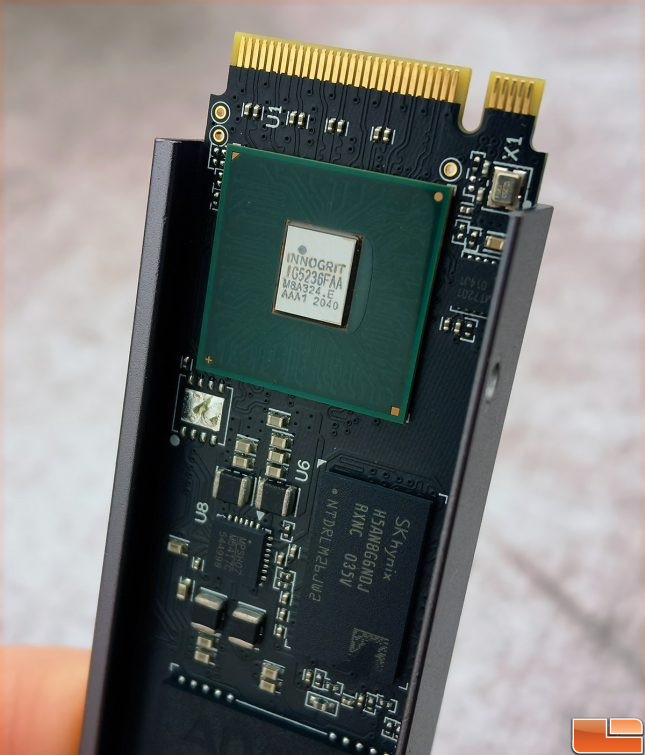 Here is a closer look at the InnoGrit IG5236 8-channel Gen4 x4 controller and one of the SKhynix DRAM Cache chips. Rainier was built using TSMC’s 12nm FinFET process and has 8 NAND channels that can run at up to 1200MT/s. It can also support up to 16TB of storage, so this controller will likely be around for a long period of time. 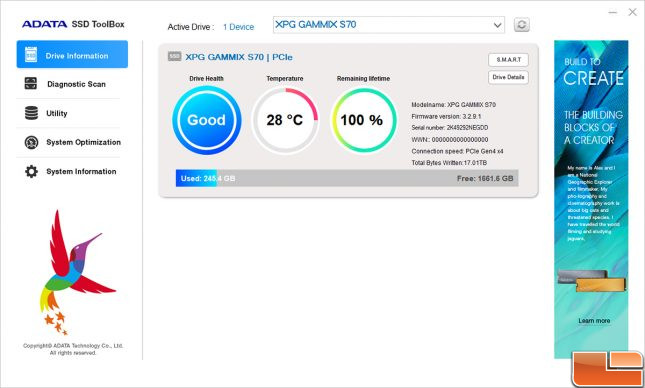 The ADATA SSD ToolBox works on the XPG GAMMIX S70 series and was recently updated, so be sure to download the free utility if youd like to manage your drive. You also have access to a build of Acronis True Image HD or Macrium Reflect for backup and disk migration duties with the purchase of this drive. 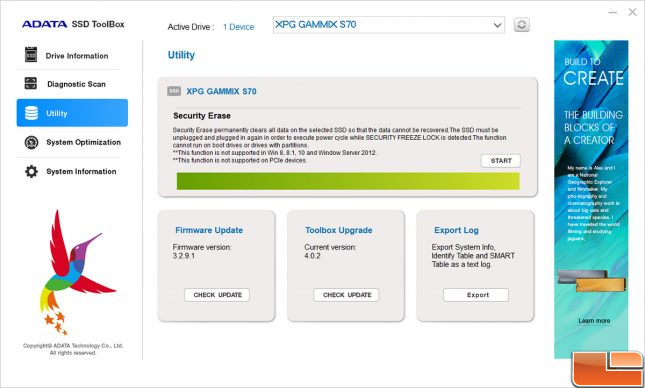 Let’s take a look at the test system and then see how the XPG GAMMIX S70 performed.