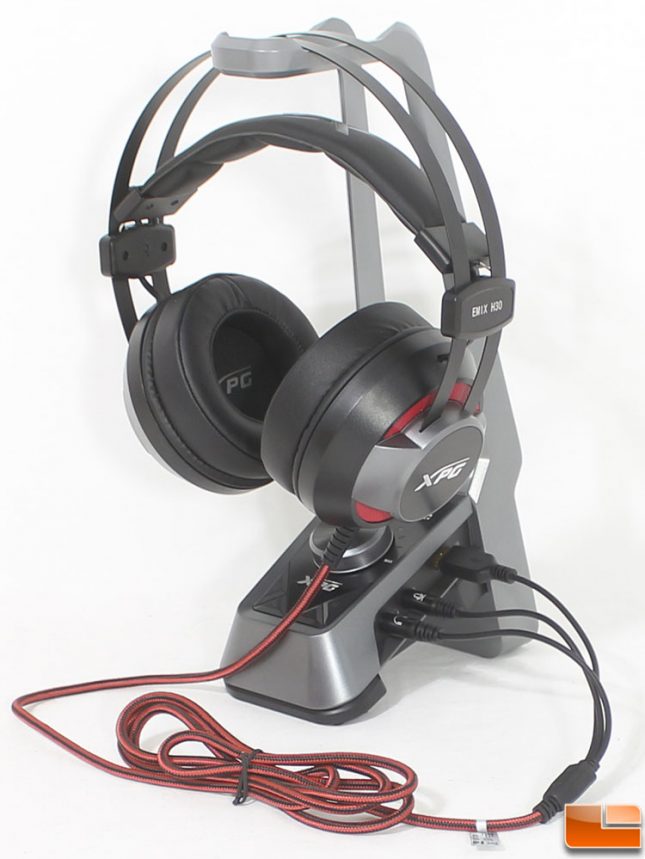 The included stand does double duty, first it holds the SOLOX F30 at a convienent angle to make it easy to use, and secondly as a place to put the headphones when not in use.  The stand itself is made out of a mix of plastic and metal; I found the stand to be pretty sturdy, it was able to withstand me tossing the headphones onto the stand.  The vertical portion of the stand is metal, while the base for the F30 amplifier is plastic.  The F30 amplifier is held in place with magnet that is strong enough to keep the amplifier in place when making adjustments.  Overall, I really like the implementation of the amplifier and the stand; it doesn’t take up a lot of space and is a functional way to keep the headphone safe when not in use.

At the top of the headset, is an aluminum headband is sturdy and flexes very easily.  Over the course of a couple of months, I constantly put them on and stretched them out; they are still snapping back into shape.  If you don’t purposely abuse the headphone, I have no doubt that the aluminum headband will be able to provide many years of constant service.  The padded portion of the headband is what will actually come into contact with your head.  This auto-adjusts to the specific shape and size of your head which reduces fatigue when wearing a headset for many hours.  There are no hinges on the headset, so they won’t lay flat if you rest them on your shoulders. 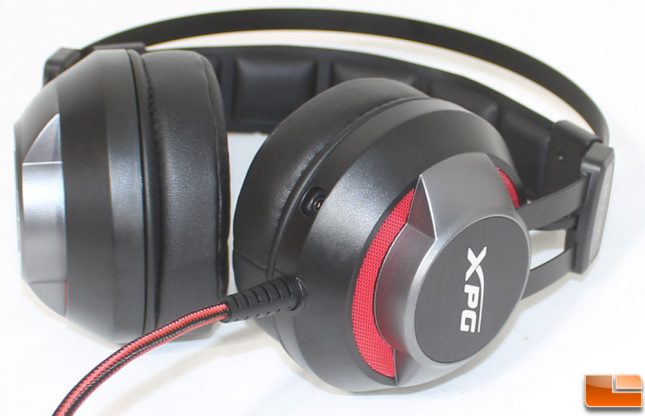 There are no controls on the headphones themselves, the only connector is for the microphone which is situated next to the cable on the left earcup.  When connecting the microphone you need to pay a little attention as it only plugs into the headphone in one direction.  It plugs in very securely and shouldn’t fall out.  The hardwired cable is nicely covered by a black and red fabric weave, where it connects to the headphone there is a large strain relief

The detachable microphone is around 6 1/2 inches (or 16.5cm) in length.  It has a plastic coating over a flexible braided cable, which can be shaped into virtually any position you would need for the microphone.  Testing the flexibility, it was able to be bent into a U shape and maintain that shape.  The 3.5mm connector is keyed so it can only plug into the headphone in one direction.  On the bottom of the microphone is a tiny red LED indicates it is in use. 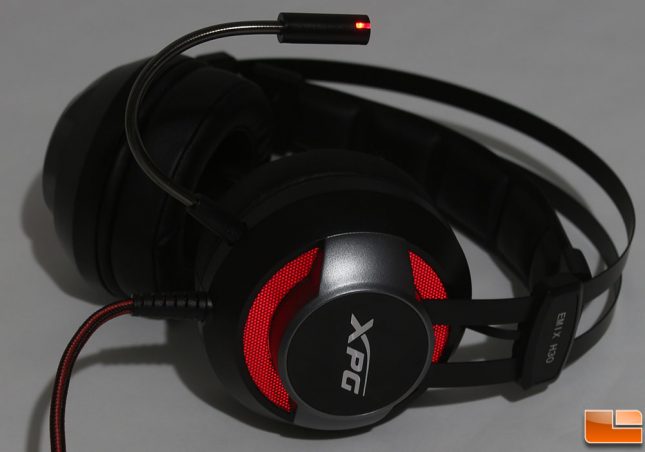 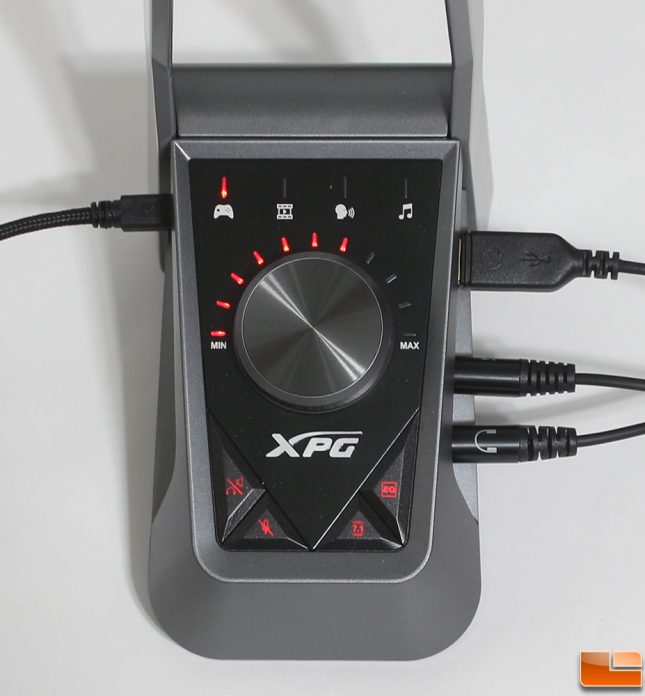 The SOLOX F30 base station has four built in equalizer presets, each with different purpose.  The four presets are Gaming, Movie, Audio and Music.  In the center of the base station is a large volume dial, the volume level is indicated by the red LEDs.  At the bottom is four buttons; from the left:  Headphone/Speaker selector, Microphone mute, Virtual 7.1 Surround, and Equalizer mode.  The base station is very self explanatory, and is simple to use.

Hanging the EMIX H30 on the stand can be done either by the padded headband or the metal frame.  I personally prefer the metal frame, however that does take an extra second or two to guide the support between the headband and the frame.  When it’s all connected, the three connections for the headphones, connect on the right side of the SOLOX F30.