XPG is the gaming division of ADATA, who manufactures many different things, however we are focused on their PC peripherals.  ADATA is probably best known for their memory, and USB storage devices.  XPG focuses their attention on providing the PC components with the features that gamers need.  For audio, XPG has just a few models currently available, the EMIX I30 are in-ear earbuds, while the H20 and H30 are the larger over-the-ear style headset.  The H30 is also paired with their SOLOX F30 amplifier to help adjust the audio to your specific needs.  Today, we will be taking a closer look at this audio combination, which can be found online for $129.99 with free shipping. 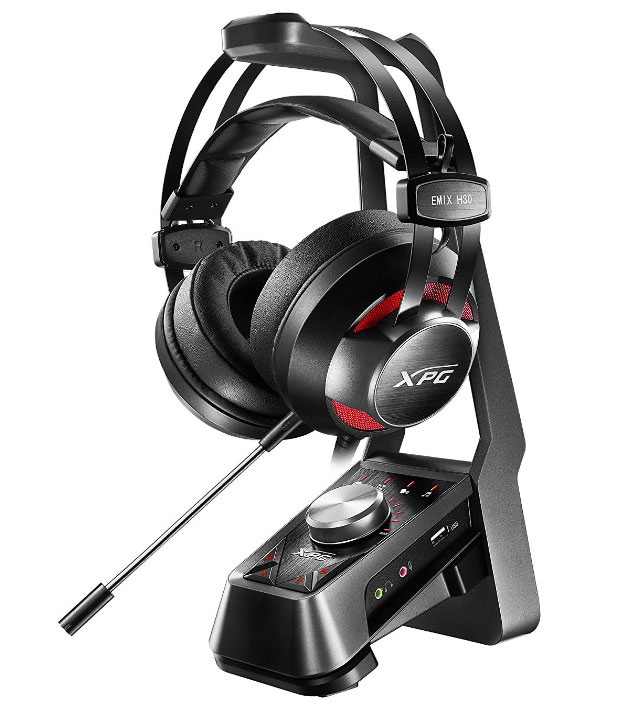 The EMIX H30 gaming headset features soft foam earcups, with an auto-adjustable headband to help reduce fatigue.  The lightweight aluminum headband is designed to provide optimal stability while not causing discomfort.  The attached braided audio cable is 2.4M in length and uses gold plated audio connectors to ensure the best connection.  There are no RGB LED’s on the headphone or microphone, the black and red color scheme is your only choice. 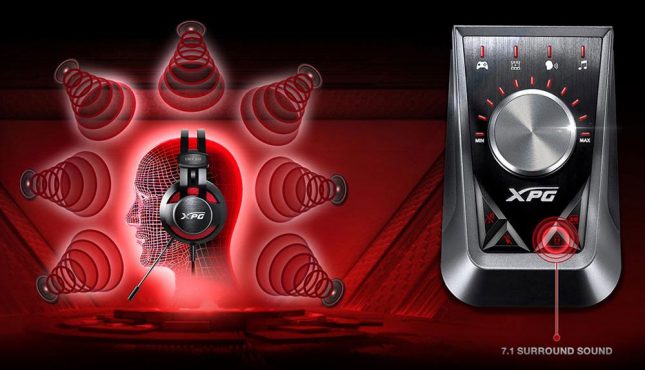 One of the main features of the H30 and F30 amplifier is the virtual 7.1 surround audio.  This allows you to know exactly where the sounds are coming from when you are gaming, which can be the difference between victory and defeat.  The F30 amplifier also a large volume control knob, a headphone/speaker select button, and built in audio modes for when you aren’t gaming.

While many of us will purchase the XPG EMIX H30 and SOLOX F30 from our favorite online retailer, if you happen to find the headset in an actual store, you’ll find plenty of information on the package to know exactly what you are looking at.  The front of the box doesn’t give you too much information, just an overview picture of the H30 and F30.  If you flip the box over, here you will find the details of the features.  XPG does a great job at doing their  best to make sure everything arrives undamaged by surrounding the individual components with soft foam. 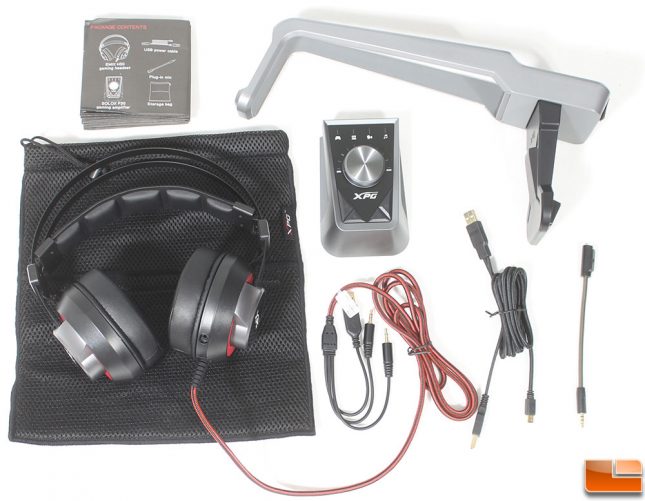 Included in the box is a detailed user manual, the EMIX H30 headset (with a storage bag), the SOLOX F30 amplifier, a headset stand, F30 connection cables, and a detachable microphone.  While many of these is required to use the EMIX H30 headset, the included bag and stand are a nice touch.

Let’s move on and get to taking a look at the H30 headset and the F30 amplifier.