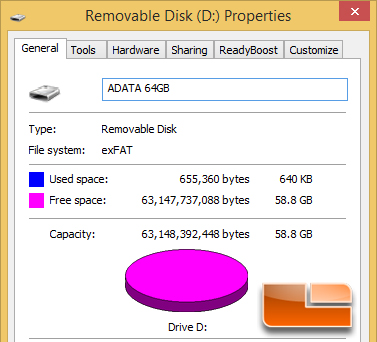 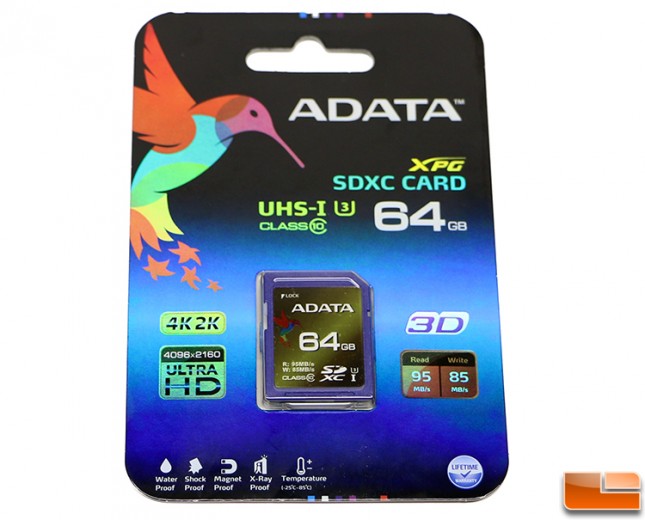 If you are looking for are looking for a 64GB or 128GB SDCX memory card you should that you plan on using for years to come you should certainly consider looking for UHS-I Speed Class 3 memory cards. The SD Association came up with the Ultra High Speed (UHS) Speed Class 3 (U3) specification to indicate if a card can handle 4K video, so if you plan on shooting Ultra HD footage at some point this the type of card that you’ll want to get. When you see the U3 symbol on a card you know it has constant write speeds of at least 30MB/s, which is enough for 4K2K. In devices that do not support the UHS-I specification, UHS-I U3 cards offer constant write speeds of at least 10MB/s (SD Speed Class 10 performance).  The ADATA XPG 64GB SDXC UHS-I Speed Class 3 Memory Card is rated at 95MB/s read and 85MB/s write speeds and we were able to exceed both of those in our testing. We have never seen write speeds close to this before on an SDXC card and this is hands down the fastest SDXC card that we have ever tested.

At the end of the day the ADATA XPG 64GB SDXC UHS-I Speed Class 3 memory card was found to be the fastest that we have ever tested and it is backed by a lifetime warranty if anything should happen.

Legit Bottom Line: The ADATA XPG 64GB SDXC UHS-I Speed Class 3 memory card is ready for 4K Ultra HD video cameras and everything else you can throw at it!