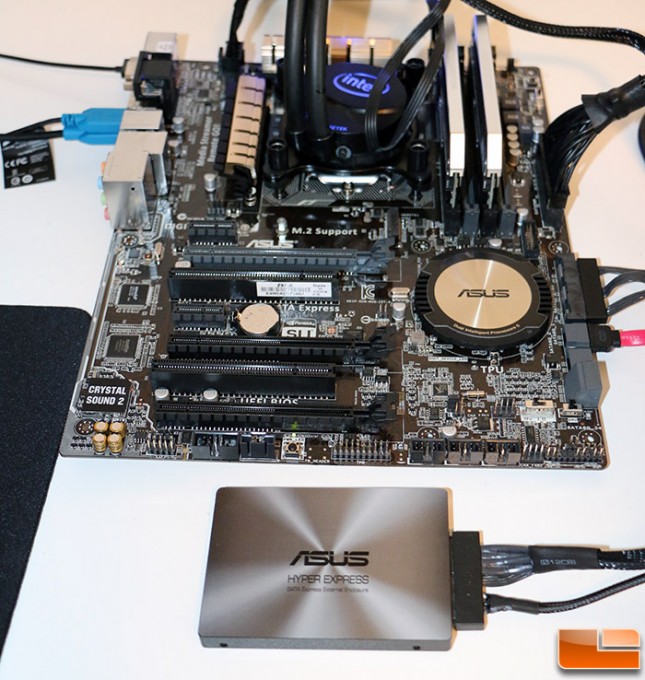 To try out the ADATA XPG 64GB SDXC UHS-I Speed Class 3 memory card we will us using the SuperSpeed USB 3.0 interface on the ASUS Z97-A motherboard with the system running Windows 8.1 w/ Update 1 and all the latest drivers. 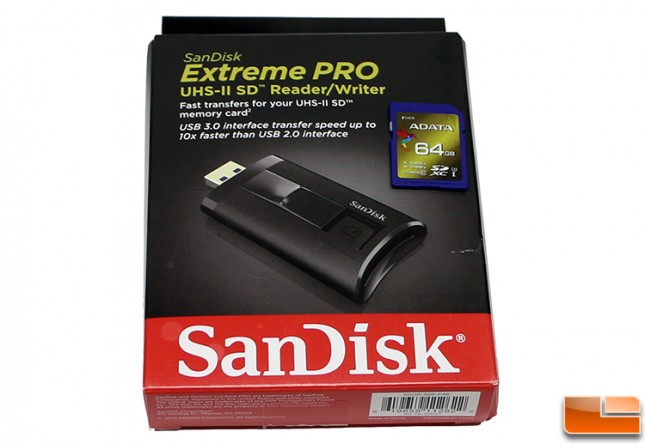 To get the best performance possible we used the SanDisk Extreme Pro UHS-II SD USB 3.0 card reader/writer that is sold under part number SDDR-329-A46 for $44.95.  This is a UHS-II card reader and is the fastest that we have in our arsenal and shouldn’t bottleneck the performance of this UHS-I U3 SDXC card.

Benchmark Results: CrystalDiskMark showed that we were able to hit 96.1MB/s read and 88.7MB/s write on the sequential test! The ADATA 64GB SDXC Ultimate card is speed rated at 95MB/s read and 85MB/s write, so we are able to confirm those speed ratings with this benchmark. 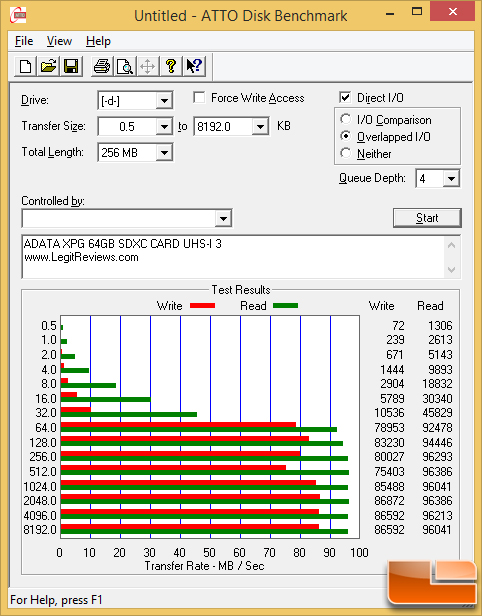 Benchmark Results: The ADATA XPG 64GB SDXC UHS-I U3 card was able to again reach 96MB/s read and 87MB/ write speeds in ATTO with the default benchmark settings. This is the fastest SD card that we have ever tested!