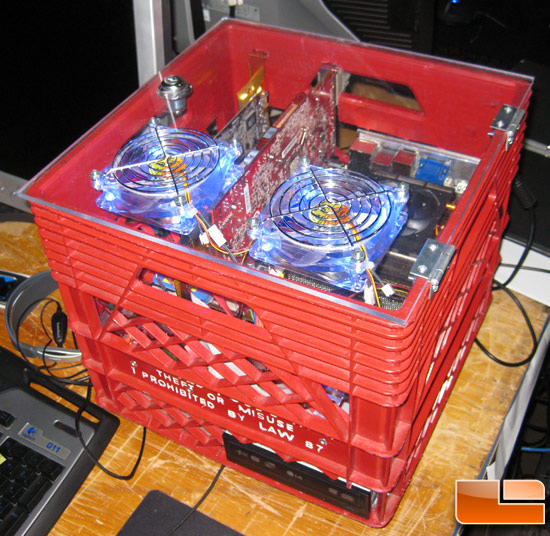 This is not for everyone, but the crate PC is a truly hardcore for anyone who wants to live the milk crate lifestyle. It personally reminds me of being in elementary school, but to each their own.  I like how it says ‘Theft or Misuse Prohibited By Law’.  Someone is going to jail over this one! 😉 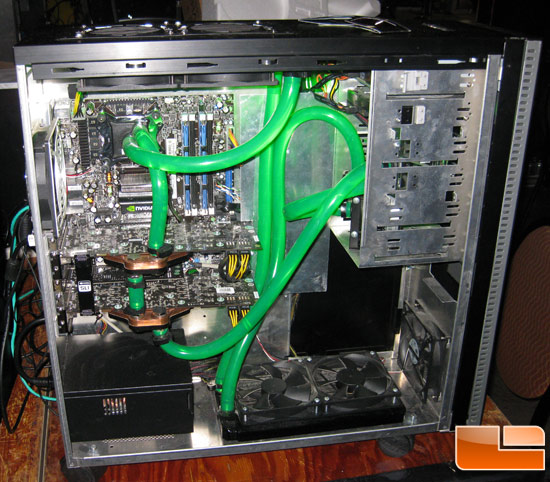 Here we have a tried and true NVIDIA 680i SLI motherboard and a pair of NVIDIA GeForce graphics cards that has been decked out with water cooing.  Not one, but two 2 x 120mm radiators keep the coolant nice and cool in this chassis. 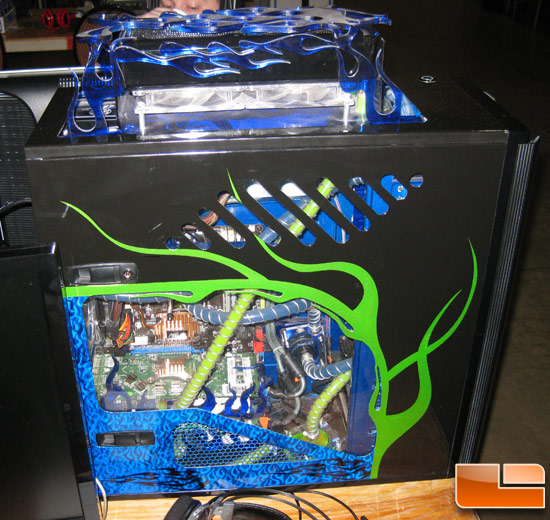 This case mod doesn’t know if it’s blue or green, but it has two cooling loops inside that are also green and blue. I didn’t get a good look at the CPU, but I’m guessing it’s an Intel processor due to the blue coolant. The NVIDIA GeForce video card is cooled by the green coolant.  This is another example of a custom water cooled chassis that has a custom window and other flare added to it. 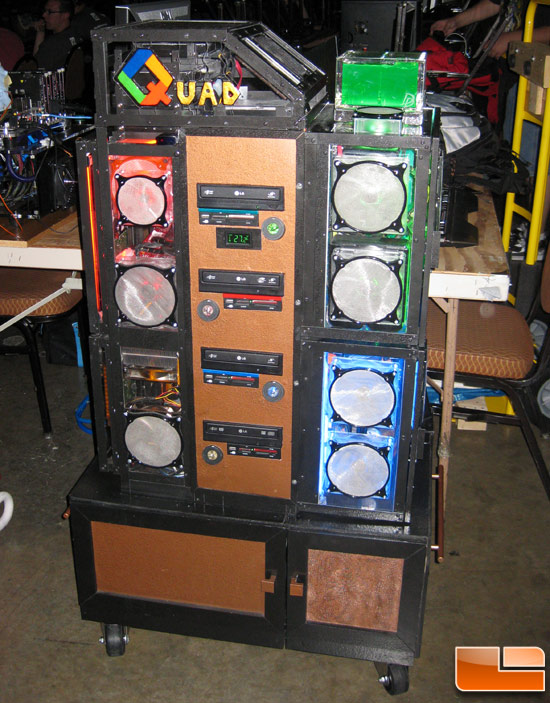 I’ve seen quad CPU’s and quad GPU’s, but I have never seen a Quad-in-One system or QiO as I like to call it. With this system you can download pr0n, play a game, watch a movie and tweet with your friends all at the same time without having to worry about loading up one CPU too much. 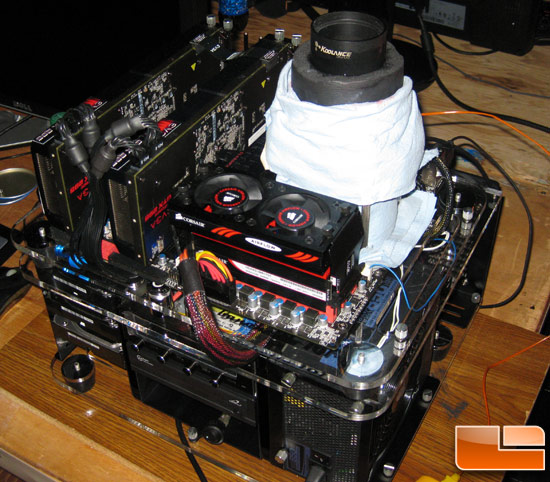 Running dry ice at a LAN party isn’t the norm, but for those with deep pockets have at it.  The LAN party is only three days long, so if you game 24/7 you only need 72 hours worth of dry ice. 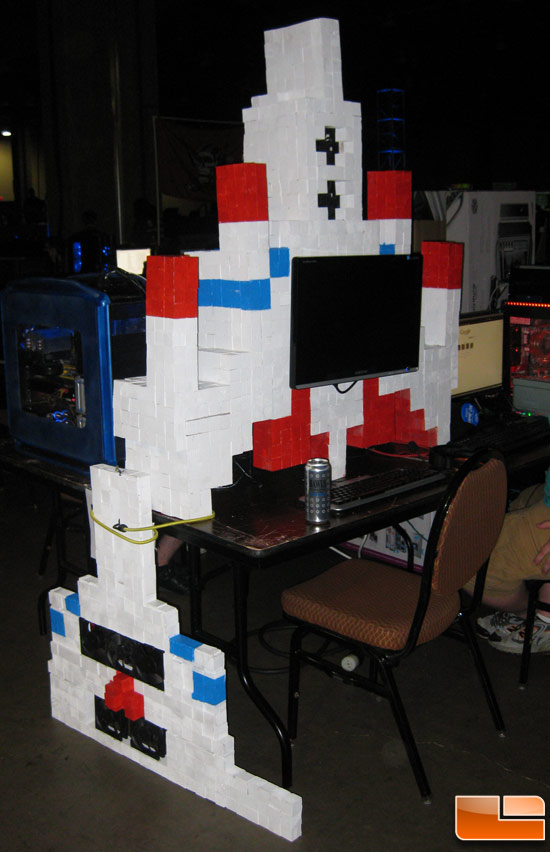 Remember all those pieces of wood that you cut up in shop class during middle school?  This is where they all ended up. Actually this is the ship from Galaga (see Google image search results of the game here). A big hats off to Chris Dickson for pointing that out to me! I didn’t catch that at first glance, but now it is obvious! 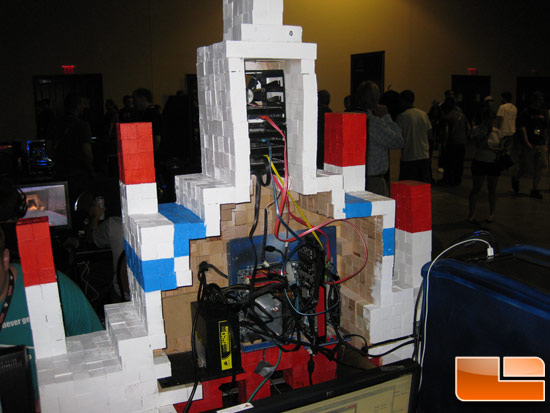 The back of it gives you a better idea of the sheer size of this monster.