Quakecon has always been a show that I love attending as there are always awesome case mods there. Today is the first day of the show and not everyone is at Quakecon 2009 yet, but I managed to find more than a dozen gaming systems that were more than photo worthy so far. Since this is nothing more than a bunch of pictures of the cool systems at Quakecon 2009, let’s get started. 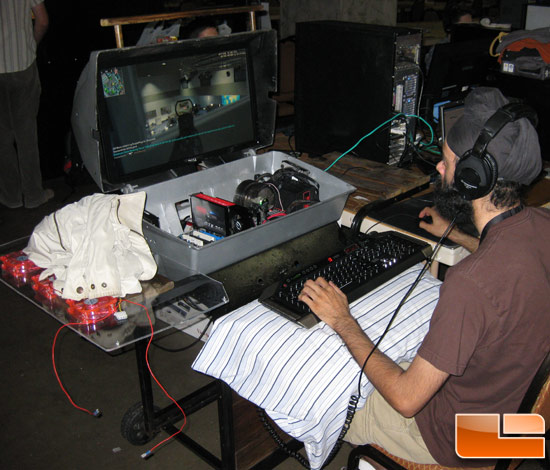 I can’t say that I have ever seen a full sized gas BBQ be turned into a PC, but now I can. The mod works great, but sadly the BBQ functionality has been totally lost.  If only it had a working side burner!  Just imagine you could BBQ up some dry rub spare ribs for dinner and frag at the same time. 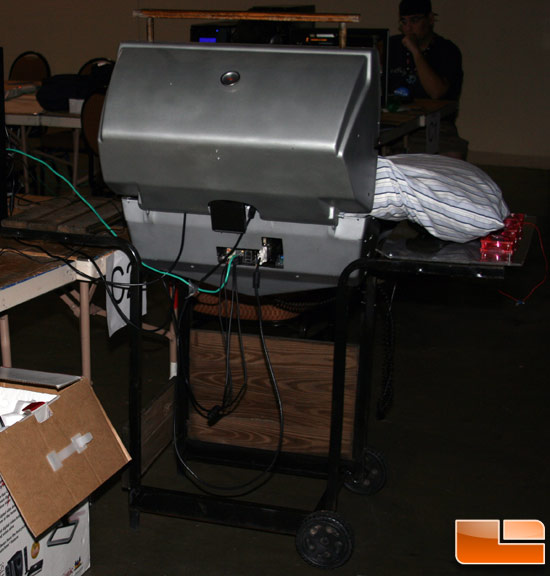 Here is an image of the backside of the BBQ grill showing the cutout for the various wires needed to make it work. 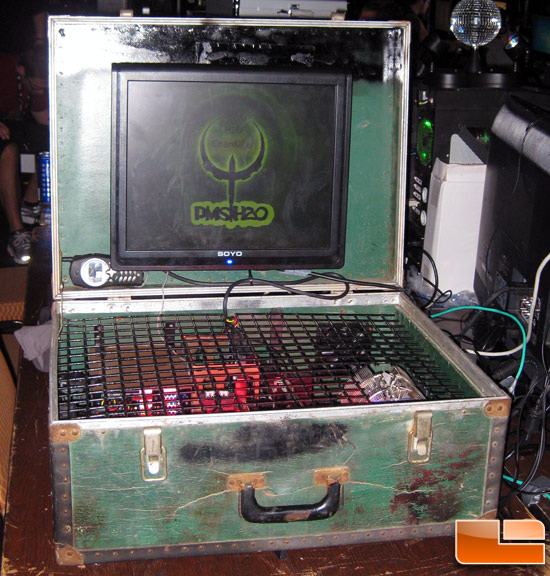 Here is another all-in-one system case mod that has an old school box converted into a gaming system. 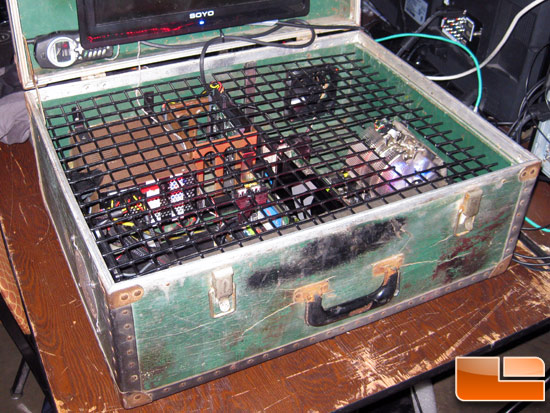 What’s nice about this case mod is that it looks worn, so if you do actually damage it traveling to a LAN party no one will ever know any better. 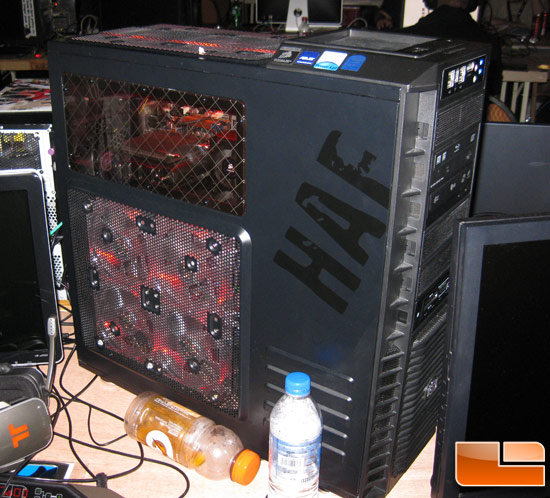 Case modes don’t have to be all done up though as this Cooler Master HAF 932 has some mods done to the side panel. 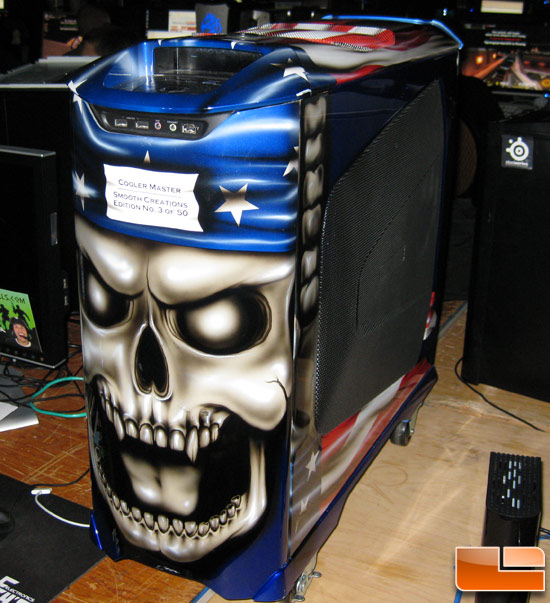 This system was air brushed by Smooth Creations and is number 3 of 50 cases that features this design.  I guess we’ll never know what happened to the other 49 of them, but at least we know one is still being shown off. 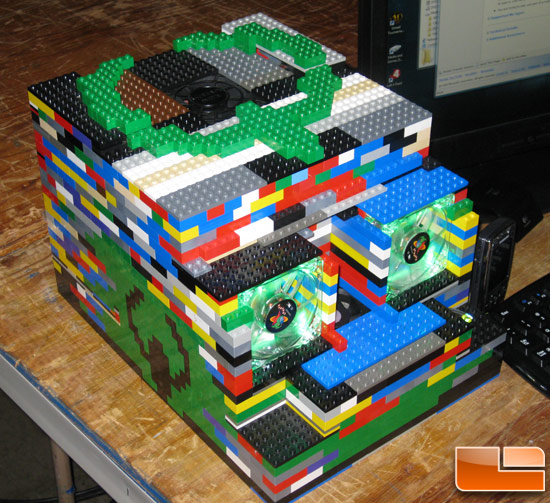 This Lego creation took three days to build, but came out looking sweet and has a Quake theme to it as you can tell from the picture above. 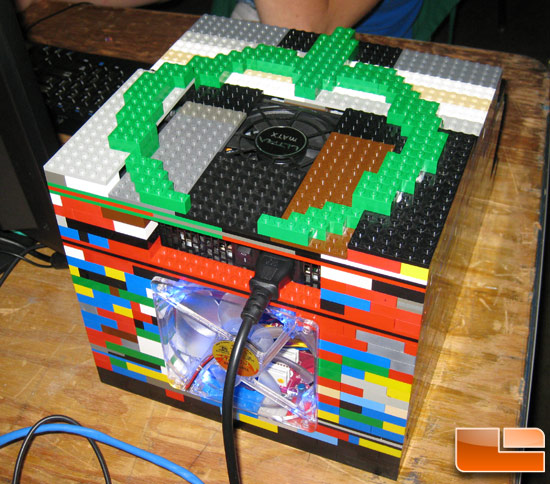 The owner of this PC took cooling serious and a total of five fans keeps everything nice and cool.