Your PC Components Are Getting More Expensive Thanks to Tariffs

Have you been following the US trade war with China? Trumps’s tariffs might not be something the average person is following, but gamers and anyone building a PC might want to start paying attention. President Donald Trump released a statement Monday that the U.S. Trade Representative was directed to place the additional $200 billion in tariffs on Chinese imports. The latest waves of tariffs will take effect on Sept. 24 and will start at 10%. The 10% tariff will remain through the rest of the calendar year and then at the start of 2019, the tariffs on those items will increase to 25%. Trump’s trade war has gone from 18 products that didn’t impact many folks to over 10,000. The latest round of tariffs means that nearly half of all Chinese imports into the U.S. will soon face levies and will likely hit the pocketbook of every American family in 2019.

Right now the following computer parts are listed in the finalized tariffs report announced on Monday.

So, the Trump administration is placing a tariff on many of the parts that are used by PC builders and those upgrading a system next week. Apple watches, some bluetooth devices and hair used for wigs are exempt, so the lobbyists for the PC makers came up short. PC components made in China and imported into the United States will soon face levies.  The profit margins are extremely thin on most computer components, which means that any tariff placed on these items will likely be passed onto you, the consumer. 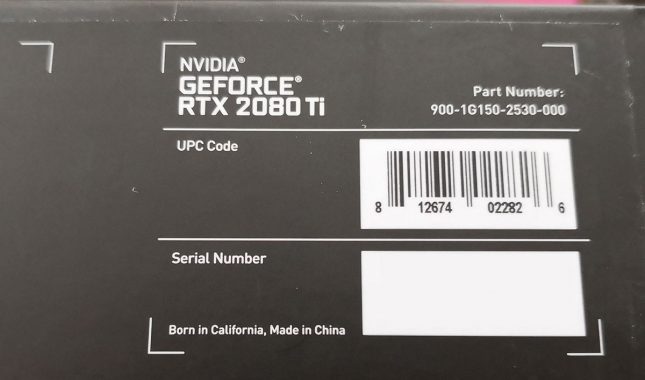 Right now your favorite brands are racing to figure out solutions to the tariffs. We’ve heard from Gigabyte that they plan on moving part of its production in China back to Taiwan to avoid the tariffs. Other companies wouldn’t go on record, but mentioned to Legit Reviews that they are looking at moving production facilities over to Vietnam, Thailand or India. System builders like CyberPowerPC will be hit especially hard as the latest round of tariffs will increase the cost of many of the components they use to build PC’s despite the fact that the systems are assembled in Los Angeles, California.

It will be really interesting to see how this turns out and we suggest keeping an eye on the market to see if prices change.