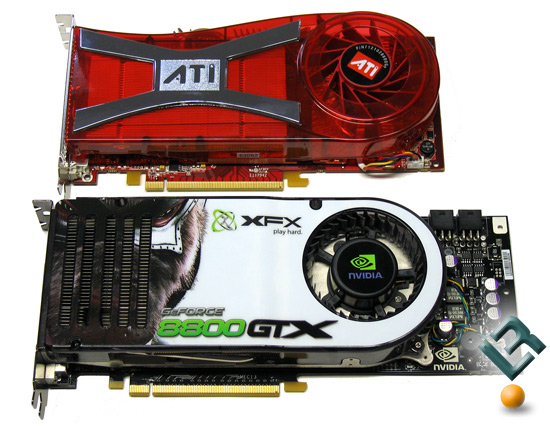 In the past two years we?ve been bombarded with marketing telling us that two is always better than one. In no other space was this truer than video cards. NVIDIA has had a huge push with their SLI graphics and ATI is coming on strong with CrossFire. The reality is that all that hype isn?t for nothing as in most cases two video cards can give you the power to play games at resolutions that we only dreamed of a few years ago. In that past year and a half we?ve seen the two major players in the graphics card landscape launch more products than ever before and because of that today we enjoy terrific performing cards all the way at the bargain price segment.

Today however take everything that we?ve seen and toss it aside. Forget your 7900 GTX?s and X1950XTX. What you see at the top of this page is, by far, the most powerful and most advanced consumer level graphics card ever.

For those that have been living under a rock the past year or wondering what the heck the big deal is, let me spell it out for you. The NVIDIA 8800 GTX is the first DirectX 10 capable video card on the market. DirectX 10 is not just another release of the same old, same old. It?s the start of the next generation of gaming and computer graphics. GPU?s are becoming so advanced that they are outpacing what the CPU can actually supply to it. DirectX 10 looks to relieve some of the CPU bottleneck as well as add advanced rendering features which will power the most impressive looking and immersive games that we have ever seen.

Before we get into the operation of the card and into the benchmarks let?s talk about the most important part, price. The NVIDIA GeForce 8800 GTX will hit the street with an MSRP of $599. Once you get over the sticker shock you have to remember that this is the fastest single video card that you can buy today. Once ATI releases their DirectX 10 capable card early next year prices will no doubt fall. Until that time however you?re going to have to ?pay to play.?

The second card that we?ve got on the burner today is the GeForce 8800 GTS which is a slightly stripped down model that carries a friendlier price tag of $449 MSRP. While it?s by no means cheap it?s faster than everything else on the market except for its bigger brother and still gives you that DirectX 10 support.

The music to enthusiast?s ears is that NVIDIA continues the tradition it started with the 7800 GTX of having cards in retailer and e-tailor?s hands on the day they announce the card. As soon as you?re done reading this article (or just skimming the benchmarks) you can head over and purchase one which is great for you impatient types.

Here is NVIDIA’s current pricing model for those not interested in spending $400+ for a video card.