In March of this year NVIDIA announced the 7900 series update to their very successful 7800 lineup. By adopting the new 90nm manufacturing process they retained the same architecture of the class leading 7800?s but were able to reduce power requirements, significantly increase clock speeds, and lower the heat output of the cards. In our review of the 7900 GTX we noted that while it had great performance, it wasn?t the king of the hill. By accounts of many enthusiasts the ATI X1900XTX is the leader in single card solutions. 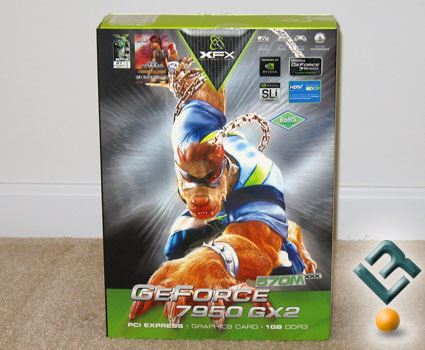 Now, with the launch of the 7950GX2 NVIDIA takes the next step in video card evolution, the multi-GPU ?single? card. While technically it is two boards screwed together, it is a single card solution in that it only requires a single PCI-E slot. By leveraging the power of SLI on a single card this promises to be the absolute fastest single card solution today. The benefits of this are packaging, price, and performance. There are also other benefits which we will get to shortly.

The 7950GX2 also ushers in Quad SLI but with some reservations. Legit Reviews has been closely following the progress of Quad SLI and the 7950GX2 but unfortunately we aren?t going to be looking at Quad SLI today as they are keeping it exclusive to high-end system builders at this time. Here is the official response from NVIDIA about Quad SLI in the mainstream.

?Quad SLI is an extremely high-end solution and as such requires an extremely high-end PC. The high-end system builders have the expertise to put together these types of PCs, which is why we work with them first. This is the first step in bringing Quad SLI technology to the world. We will be announcing plans to bring Quad SLI technology to consumers through other channels in the near future.?

The GPU core speed for the reference models comes in at 500MHz with memory clocked at 600MHz. The core speed is slightly faster than that of the 7900GT but the memory is clocked slower. The core and memory speeds are well below the 7900GTX?s 650MHz/800MHz.

So, as far as clock speeds go the 7950GX2 fits neatly between the 7900 GT and 7900 GTX which is pretty decent stuff. But when you have a pair of them you can quickly see that you have a pumped up 7900GT SLI with 512MB of ram per card. As we saw in our 7900GT review a pair of these two cards is no slouch. With the larger 512MB frame buffer we?ll see more folks with large screen LCD?s interested in purchasing these.

What truly is the beauty of the GX2 however hasn?t been mentioned yet, and that is that it will work with nearly any motherboard that has a 16x PCI-E slot. With this card you are no longer restricted to buying an NF4 SLI motherboard to get the performance of NVIDIA SLI. You also don?t need an SLI bridge for this card as NVIDIA has already taken care of that for us. Currently NVIDIA is validating motherboards and have compiled a list of those compatible and the BIOS version it was tested with. Although our DFI NF4 SLI-DR was not on the list, performance was the same as that of an Asus A8R32-MVP. Yes, that is an ATI Xpress 3200 motherboard and yes it?s already on the list.