Xbox has announced the free games that Xbox gamers will be able to get with the Games with Gold program for March. We are less than a week from March rolling in, which means that fans of free games have only a few days left to claim February’s free games. 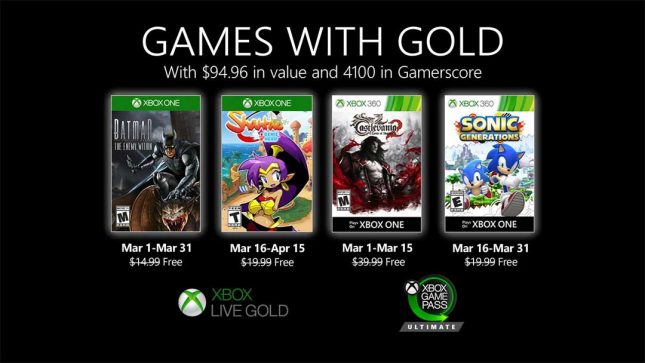 Later in the month on March 16 will come Shantae: Half-Genie Hero available March 16 until April 15. The Xbox 360 game Sonic Generations will land on March 16 and be available to grab until the end of March. Both Xbox 360 games are compatible with the Xbox One.

The February Games with Gold titles you still have time to grab include TT Isle of Man and Star Wars Battlefront. The games are available until February 29. Call of Cthulhu is free until March 15 reports GameSpot.