Gamers know that game streaming is probably the future of gaming. Microsoft has its Xbox Cloud Gaming service that has been around for a while now. Xbox Cloud Gaming is rolling out for testing on Windows PCs and Apple iPhone and iPad devices.

As part of the limited beta test, some Xbox Game Pass Ultimate subscribers will get invites to play cloud games using Chrome and Edge browsers on the PC. The same games will be available to be played via the Safari browser on Apple devices starting today. 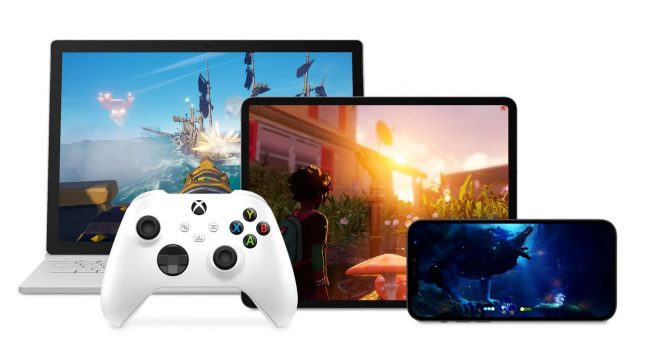 Xbox Cloud Gaming has more than 100 games available to play, including Halo, GTA V, and Fallout 4. Reports indicate that invites the players to test the service will be sent to players in 22 different countries. Microsoft says it will evaluate feedback and continue to approve the experience, and add support for additional devices.

Microsoft plans to iterate quickly, and open the service to all Xbox Game can pass Ultimate members in the coming months. Microsoft wrote, “Those who receive an invite just need a compatible Bluetooth or USB-connected controller or can use custom touch controls for more than 50 games to start playing and testing. In the early stages of the beta, we’ll be focusing on fine-tuning features and creating a consistent experience across platforms, while making sure games are running their best.”