Will Memory With High Voltage Requirements Kill My Core i7 Processor 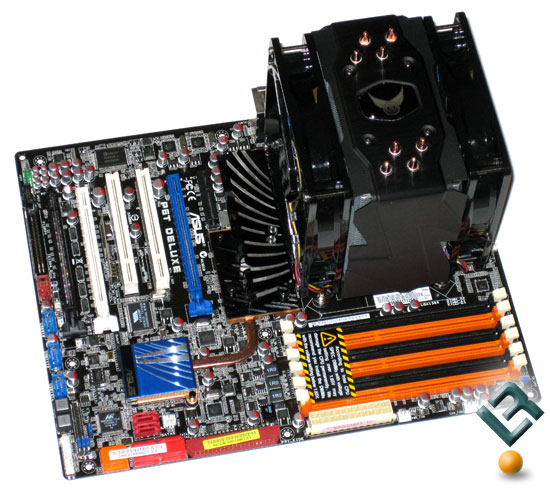 ASUS recently started sampling their Intel X58 Express based P6T Deluxe motherboard to partners and reviewers and it seems to have started a fire storm thanks to one little label on the board. With sites across the internet jumping on the band wagon in an attempt to get traffic by striking fear into enthusiasts I figured I’d jump in and put some facts out there to get things headed back in the right direction. 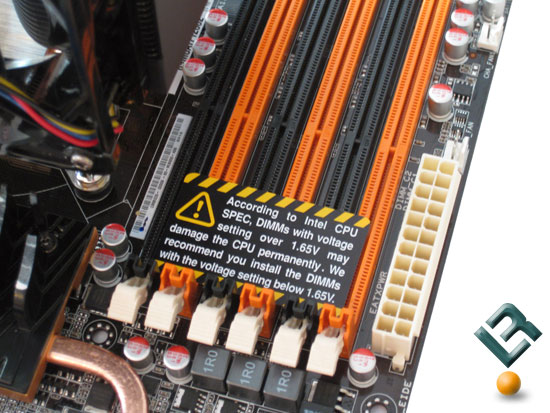 The above label comes on all ASUS P6T Deluxe motherboards across the six DIMM slots and reads: “According to Intel CPU SPEC, DIMMs with voltage setting over 1.65V may damage the CPU permanently. We recommend you install the DIMMs with the voltage setting below 1.65V.”  This statement certainly must this mean that every kit on the market that requires more than 1.65V is pointless and that high memory clock frequencies can’t be had with this new platform, right?  That can’t be further from the truth! 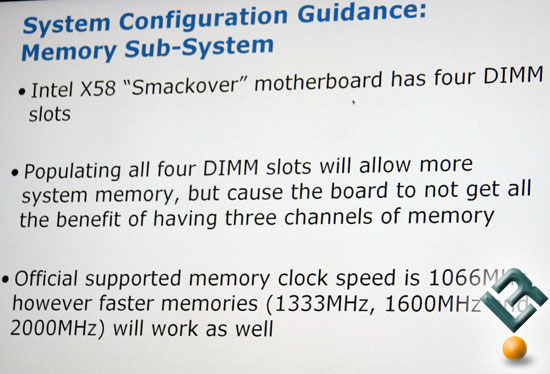 For starters back at the IDF 2008 just a couple months ago Intel said that the official supported memory clock speed on their Intel X58 Express motherboards is 1066MHz, but that other clock frequencies will work as well.  Intel even put 2000MHz on the slide and told us at the show in public that they have hit the 2GHz mark on this platform with Core i7 processors. We’ve also spoken with memory companies and they are all talking about high performance 1600MHz – 1800MHz triple channel kits in 3GB and 6GB varieties. 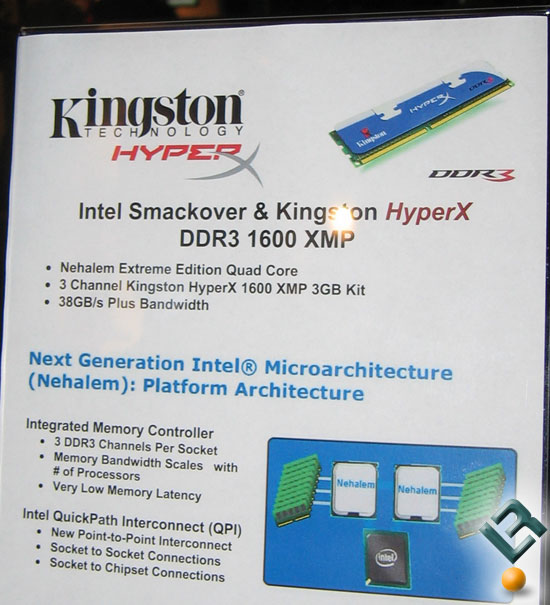 When it comes to voltages and performance there was an Easter Egg at the Kingston booth back at IDF that not too many people caught.  For starters Kingston Technology was running their HyperX memory kit at 1600MHz with a voltage boost above 1.65V and had no issues at all doing this.  The second and more important thing that was shown at the booth was this sign sitting on the counter that not many people seemed to read.  It clearly states that the the three memory modules running in triple channel mode yielded more than 38GB/Sec of throughput. Current dual channel Intel X48 Express platforms get roughly 8.5 to 8.9 Gbps of memory bandwidth at 1800MHz to put this into perspective. This means that memory performance on this new platform is going to be out of this world. We can’t tell you specifics of our test numbers, but we are free to speak about what is public and as you can tell a lot of information is. To sum things up, your old dual channel kit of memory will work on Core i7, but you’d be better off with a triple channel kit as the performance gains are out of this world.  Running more than 1.65V is also possible and if more than 1.65V was going to kill processors since the memory controller is now integrated the motherboard companies wouldn’t give you options for voltages above it, but they do.

Just for fun, I contacted Corsair, Crucial, Kingston, Mushkin, OCZ and Super Talent to see what they thought about all this.