Are C6 and C7 Power States Worth Enabling on Haswell?

Intel’s 4th Generation Core series processors have been out for a couple weeks and we have had a chance to better look at Haswell’s C6/C7 low-power states. One of the many new features that comes with Haswell is the introduction of new C6 and C7 power states that offer a greatly reduced idle power consumption with a minimum of 0.05A on 12V2, down from 0.5A on previous generation Ivy Bridge and Sandy Bridge CPUs. This is a power saving feature that will help reduce temperatures and lower power consumption, but sadly most motherboard vendors have chosen to disable C6/C7 by default in the BIOS as there are simply too many old or low-cost power supplies on the market that don’t support the power-saving feature. 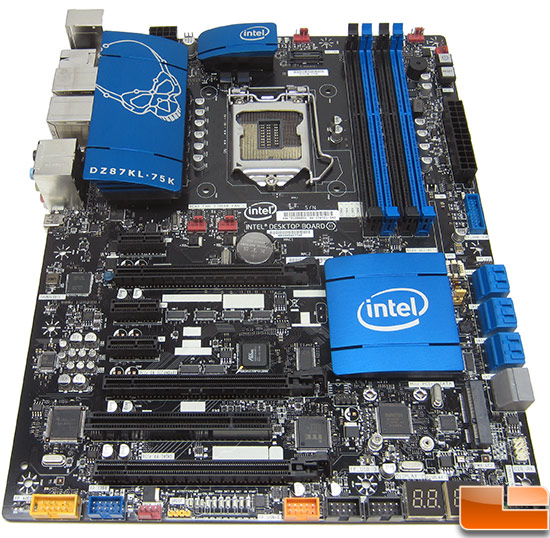 The Intel Desktop Board DZ87KL-75K was sent out to all the hardware review sites with BIOS KL.0328 installed, which had the new C6/C7 power states enabled in the BIOS by default. On BIOS version KL.0334 and newer we have learned that Intel has disabled the C6/C7 power states to help ensure the Intel Z87 based board will power on with older power supply models. We don’t know of any board that ships with the new power states enabled, so we are going to show you how to enable it and what happens to your CPU temperature and power draw at idle. 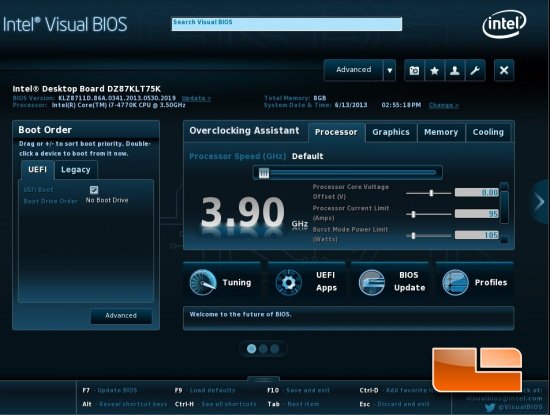 One would think that there would be an easy to find setting in the BIOS for enabled the C6/C7 power states, but right now it is rather buried and not labeled C6/C7. When you first turn on the Intel Desktop Board DZ87KL-T75K you need to hit F2 to enter the Intel UEFI Visual BIOS. Once you do you’ll see the screen above or at least that is what is shown when using BIOS version KL.0341, which is what we are using right now. From this main menu you need to go to the ‘Advanced’ tab. 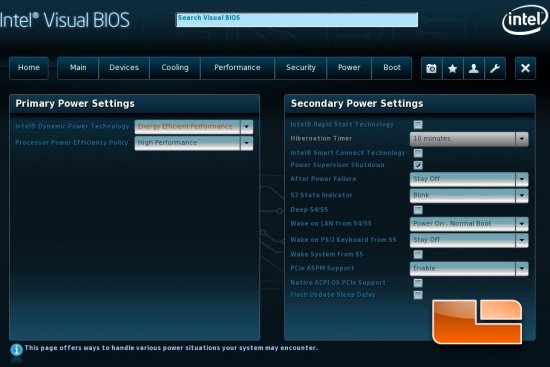 Once you are in the Advanced menus you then need to go to the ‘Power’ tab. In the ‘Primary Power Settings’ menu you’ll see two drop down menus with the first being Intel Dynamic Power Technology. If you clock on the drop down arrow you can enable, disable or set it to custom. You’ll want to select custom. 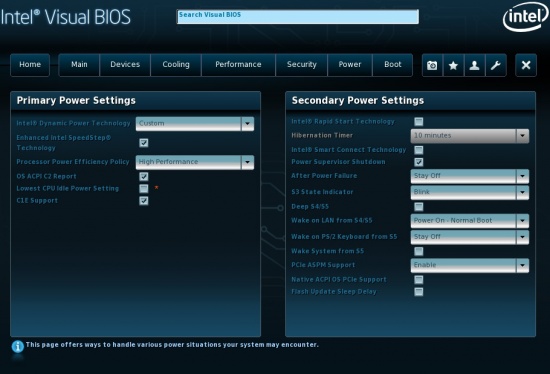 Once you select custom you’ll see four new check box values appear and one is not enabled. That is called ‘Lowest CPU Idle Power Setting’ and that is the check box to enable the new Intel Haswell C6/C7 idle power states. You need to check the box and then hit F10 in order to save and exit the BIOS. Once this is enabled you should be running the new idle power state on the desktop.

Let’s take a look and see if we can notice a difference when it comes to CPU temperature and overall platform power consumption with our Intel Core i7-4770K CPU powered LGA1150 platform.