Back in 2003, Western Digital announced the Raptor series of high performance hard drives that were quickly adopted and loved by gamers and enthusiasts around the world. The Raptor series has come a long way since 2003. The original 36GB Raptor started off things right with an impressive 10K PRM spindle, but the drive was just too small for the market Western Digital was targeting. Western Digital quickly came out with a 74GB Raptor in 2004 to help give enthusiasts the capacities they needed! Then in 2006 Western Digital announced the Raptor WD1500 series with a SATA interface that supported 1.5Gbps. The RaptorX took hard drives to the next level with a window that allowed you to see inside the drive while it worked. Western Digital was living the high life, but that was all back in 2006. Over the past two years, other hard drive makers have been able to catch up to the performance level of the WD1500ADFD and consumers were left to wonder how Western Digital would respond. 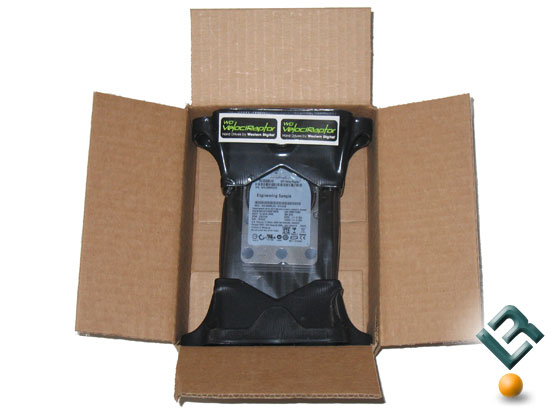 The answer showed up on our doorstep late last week! Western Digital has moved on from the Raptor it seems, that, or the Raptor evolved. The latest creation from Western Digital is the VelociRaptor VR150. It has the same 16MB buffer size and 10k RPM spindle speed as the old 150GB Raptor, but that is about all the similarities one will find between the two drives. 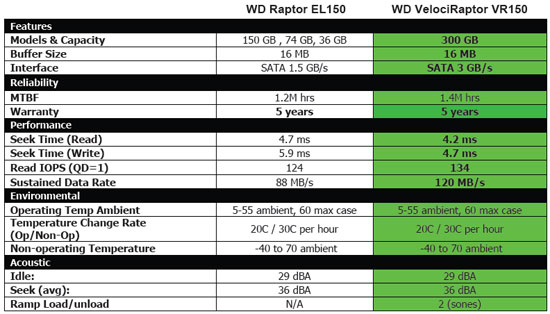 The VelociRaptor WD3000GLFS 300GB hard drive offers higher performance, both in terms of access times, IOPS, and sustained data transfer rates. Western Digital was also able to double the capacity and interface speed while keeping the noise levels and temperatures the same. Impressed? Make sure you’re sitting down! 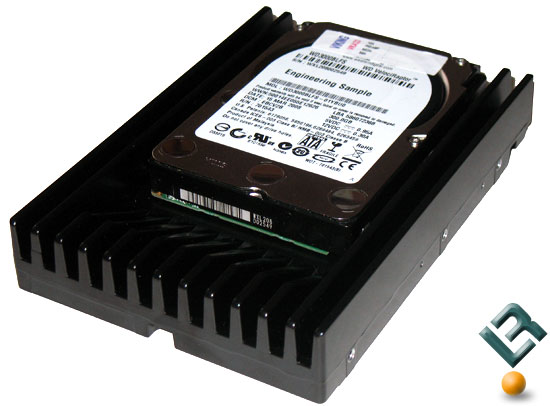 The VelociRaptor VR150 hard drive is not actually a 3.5″ hard drive as one would expect. It’s actually a 2.5″ HDA drive! If you are thinking about sticking one of these drives in a notebook you might want to think again as the 15mm z-height is higher than a standard notebook. In order for the VelociRaptor to mount up in a normal ATX, BTX or DTX chassis the folks at Western Digital have placed the drive into a heat sink that doubles as a mounting adapter! Western Digital calls this housing the IcePAK as it is said to lower the drive temperatures by 5C! 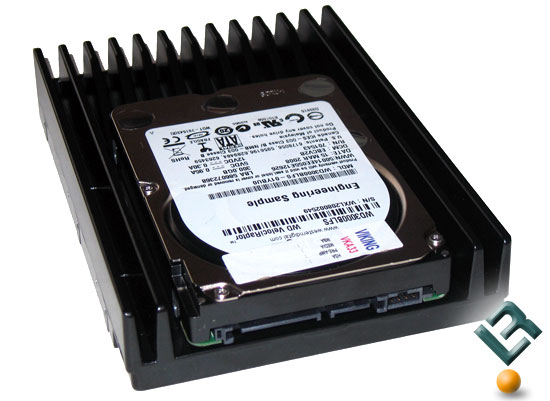 Since the VelociRaptor is more like a notebook drive rather than a desktop drive, some care must be used when connecting it to your computer. We usually use WD SecureConnect cables on the test bench, but they don’t work on the VelociRaptor. Since the WD Velociraptor is not a standard 3.5″ SATA drive it is incompatible with many external hard drive enclosures and lacks the 4-pin molex connector that has been found on the older Raptor hard drives.

Something else that needs to be pointed out is that Western Digital does not want the hard drive to be removed from the IcePAK. Removing the drive out of the IcePAK will VOID the 5-year warranty. For those that want to remove the four torx bit screws on the bottom, please keep this in mind. Western Digital said that the warranty voiding is because hardly any desktop cases accept 2.5″ hard drives and they will likely be improperly mounted.