We May Get A Ford Bronco Raptor After All

According to the rumor, the fancier Bronco Raptor would include some of the options from the Luxury Package currently available. The rumors also suggested would be a special Code Orange paint available only for the Bronco Raptor. 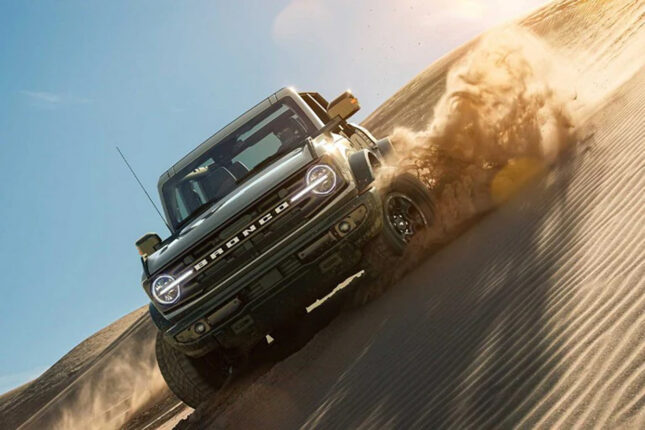 Ford previously trademarked the name Warthog. That was expected to be a hopped-up off-road version of the Bronco, but the latest rumors seem to suggest that isn’t the case.