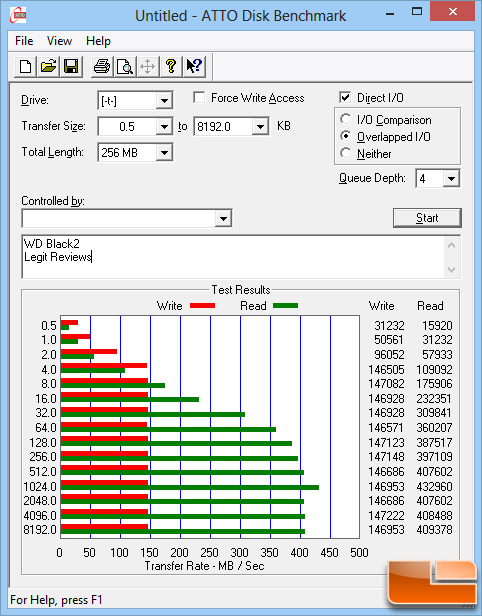 Benchmark Results: Because of the way the drive is designed, the reads reap the benefits of the SSD but the writes are hindered by the hybrid nature of the SATA controller which is painfully obvious in the benchmark results. Still, if I was to choose to have either speedy writes or reads, it’d be reads all day. 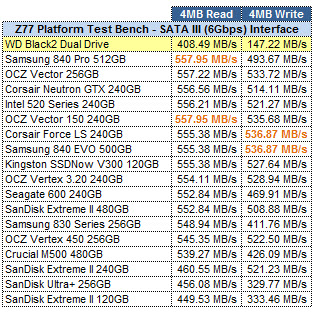 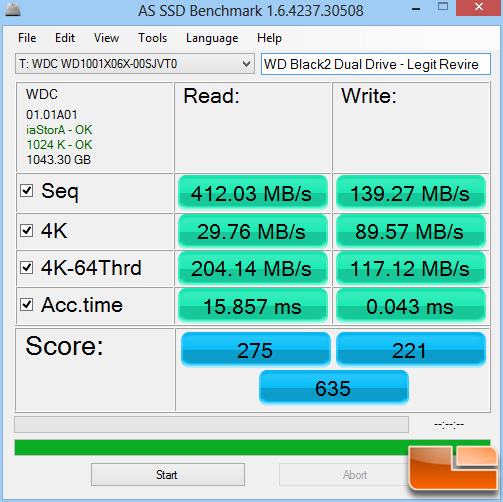 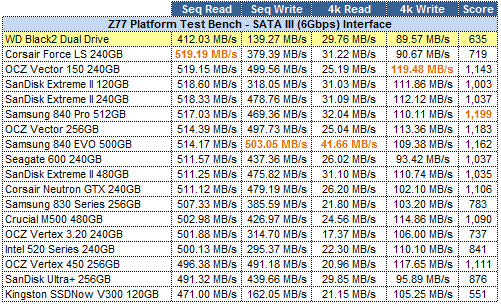 Benchmark Results: Here we see the same dynamic with the writes lagging considerably due to the HDD. 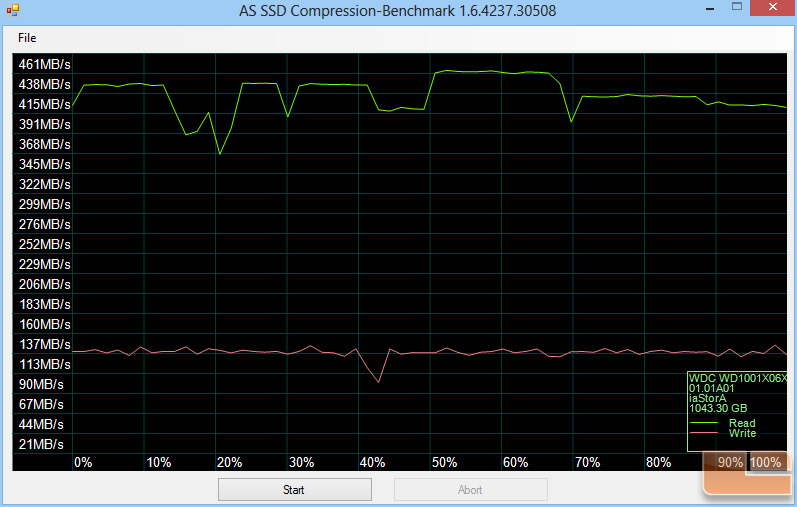 Benchmark Results: No impact to performance from the level of data compressibility so the graph shows relatively flat slopes.