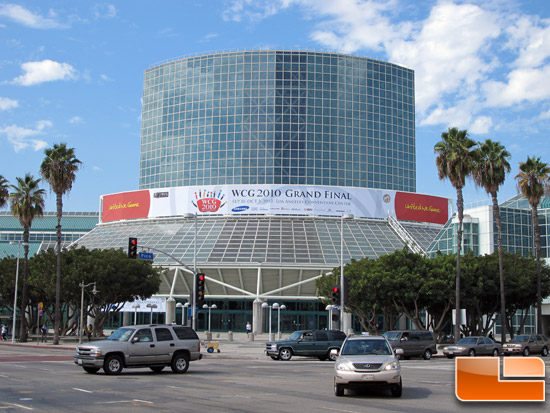 Over the weekend, Legit Reviews attended the “World’s Largest Computer and Video Game Festival” – the World Cyber Games 2010 Grand Final. More than 1.2 million people from 60 nations have participated in National Finals around the world for the chance to compete in
the WCG 2010 Grand Final with this year marking the tenth anniversary of Games, where organizers aim to celebrate the best in gaming. The four-day event was held this year in the Los Angeles Convention Center with reportedly over 30,000 people in attendance and Millions online viewing the competition.  This is the third time that the WCG Grand Final has been held in the United States (Seattle 2007, San Francisco 2004), before that: China 2009, Germany 2008, Italy 2006, Singapore 2005, and Korea 2000-2003.

The major sponsors for this year’s Finals were Samsung, Alienware, Thermaltake, and Korean Air.  WCG’s listed product partners included graphics card producer PowerColor, Gunnar Optiks, Astro Video Gaming Equipment, and American Guru Clothing.  These companies have invested heavily in marketing to the WCG crowd and we understand that booth space started at $100,000 and up!

To be honest, I’ve never really paid that much attention to the Gaming Championship circuit.  That’s mostly because I suck at most PC games and am even worse on console games.  But there is an estimated 10 million spectators of WCG events around the globe with a 90 nations participating in the league alone.  Remember, the WCG is not a new league, but one that has been around for 10 years with some major sponsors.

We wanted to give our readers a peak at the WCG Final floor looked like so we shot a video walking through the hall:

Even though WCG Ultimate Gamer (shown on SciFi) was being filmed and ticket prices were only $5, there were not that many spectators on the floor.  We did get to spend some time over in the Thermaltake booth drooling over upcoming hardware.  Ramsom Koay, Thermaltake’s Director of Marketing and Public Relations was showing off Tt eSPORTS’ brand new MEKA G1 Mechanical Gaming Keyboard. Announced in August, this $129 keyboard will be available just in time for the holidays. What makes this mechanical-switch keyboards special is that it uses real switches, one under each key special for better performance and durability. In this video Thermaltake states that they use keys made by the Cherry Corporation of Germany, which is a well known company of mechanical-switches that are used in special purpose and high end keyboards.

We did, however, manage to find find some booth babes working.  These babes invited us to a huge party held at the J Lounge that Samsung were throwing that night.  (If you want to see how that night went, we might throw some pictures on our Facebook page!): 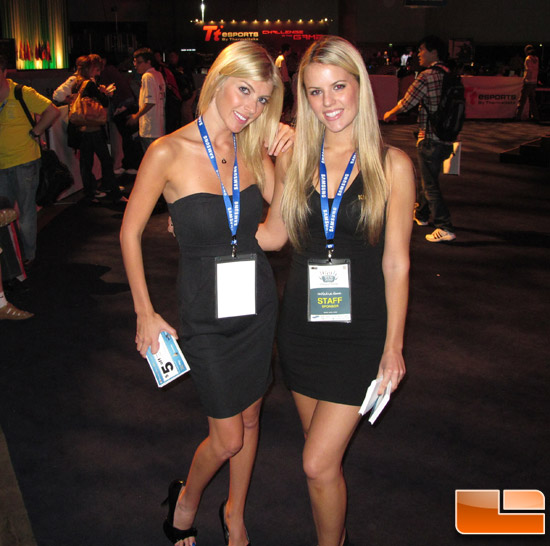 Awww…the very cute babes from the Thermaltake booth.  Not only did they look good, they actually knew their hardware!  Good job, Thermaltake!! 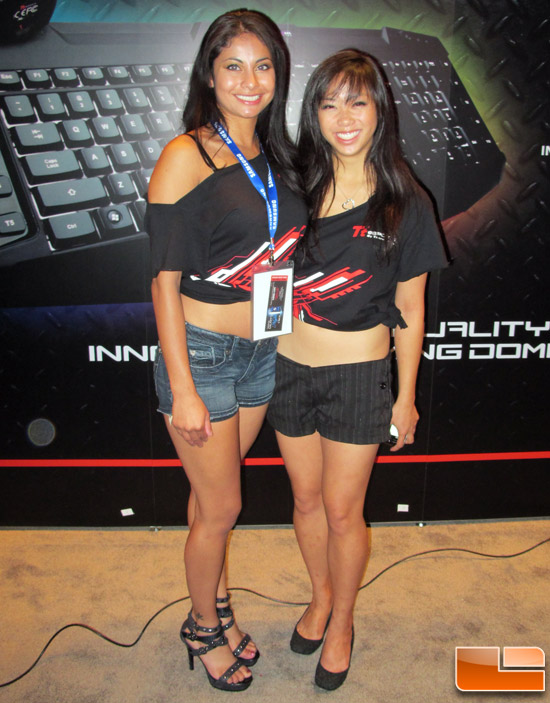 Dressed in her Shadow Assassin gear, here is Gamer Kitty Mach striking a pose in front of the Lost Saga booth.  Kitty is not only a fox, but she is a top gamer in L.A. trying to make it big!  Shout outs to Kitty for the booth tour and gaming insight. 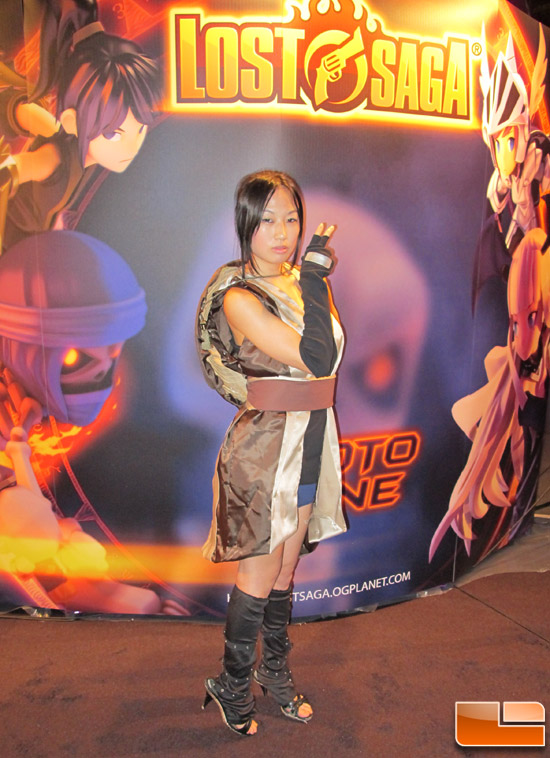 Being the biggest sponsor of WCG has its privileges…here’s one of the Samsung ‘ambassadors’ gaming on the latest Samsung laptop and Astro headsets. 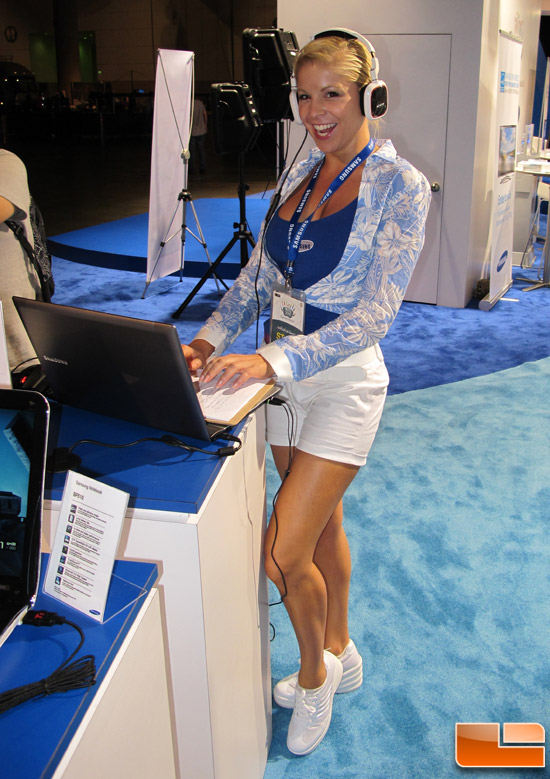 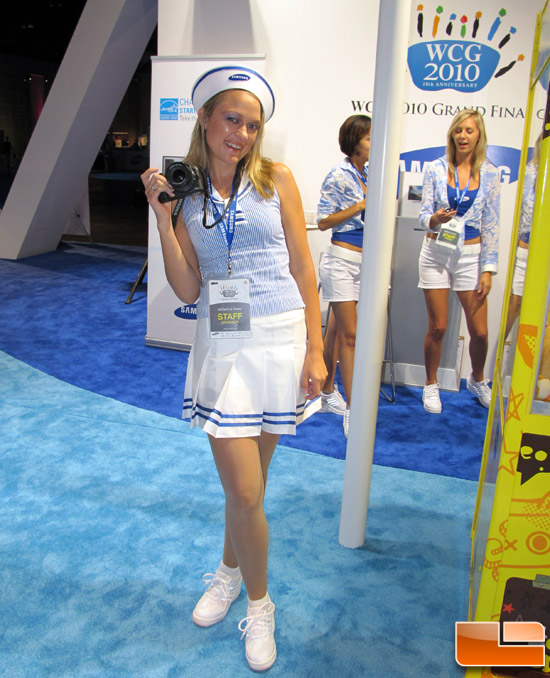 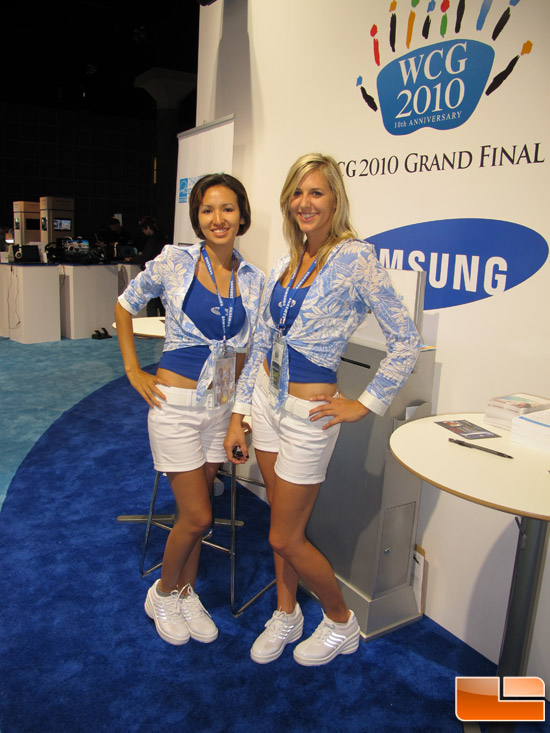 There were even Booth-Dudes there…actually, I think this was the only one.  Rough life. 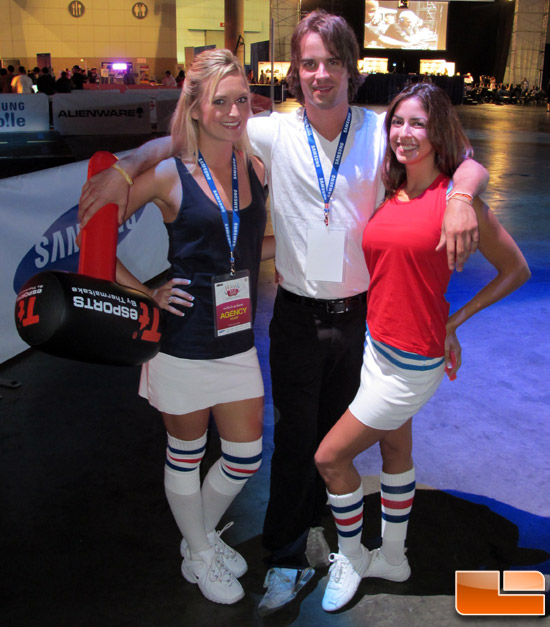 The Ladies of Lost Saga hanging out at the OGPlanet Booth. 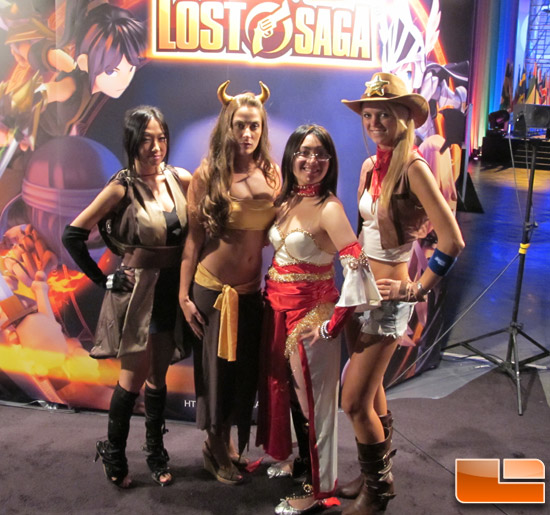 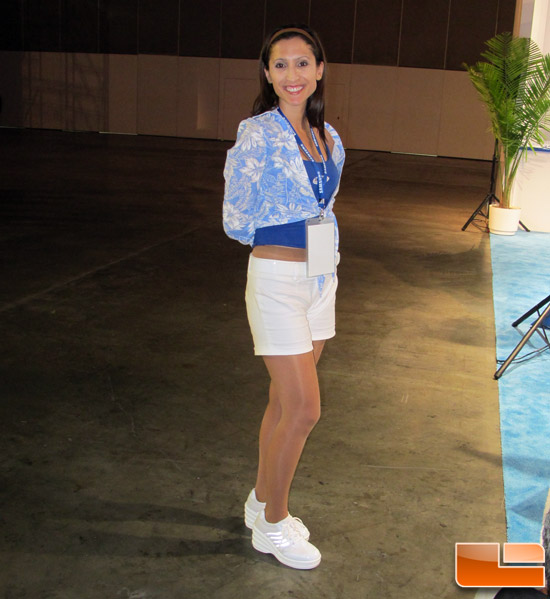 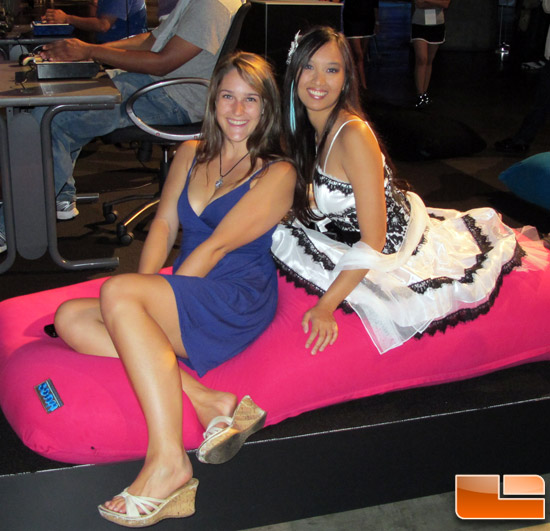 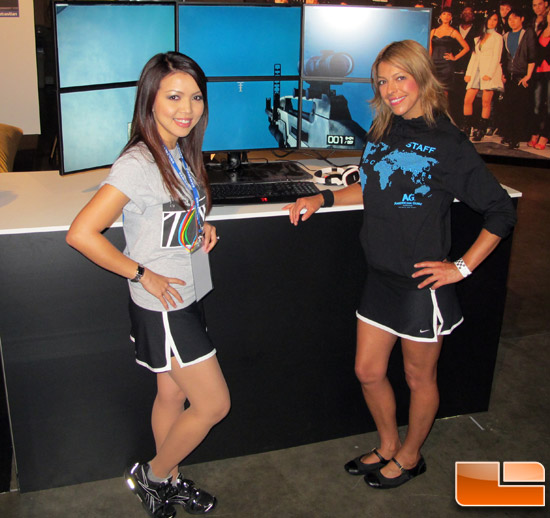 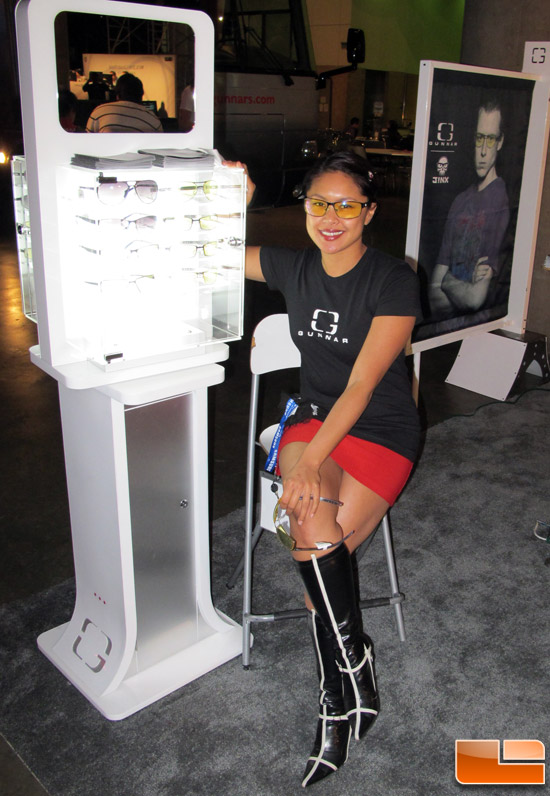 South Korea took home first overall place with 3 Gold medals, 2 Silver, and 3 bronze.  Brazil, the UK, and Germany tied for second with 1 Gold and 1 Silver respectfully.  The United States, Australia, Sweden and the Ukraine tied for third with 1 Gold medal each.

Even though the US team only won one gold medal, they did a decent job of representing (even though I was really pulling for Evil Geniuses to finish on the podium).  It was also cool to see how they filmed the reality series Ultimate Gamer (has anyone ever wondered why Ultimate Gamer is on the SciFi channel and not G4?  Things that make you go “hmmm”).

I know the vendors were hoping for more of a crowd, but I’m actually surprised that the event drew the numbers that it did (30,000).  Even though I wasn’t there all hours of every day of the Finals, it sure didn’t seem like 30,000 when I was there.  From a hardware point of view, it looks likes Thermaltake’s professional gaming arm, Tt eSPORTS is really taking off and will be a major force in the pro-gaming community starting with the MEKA G1. 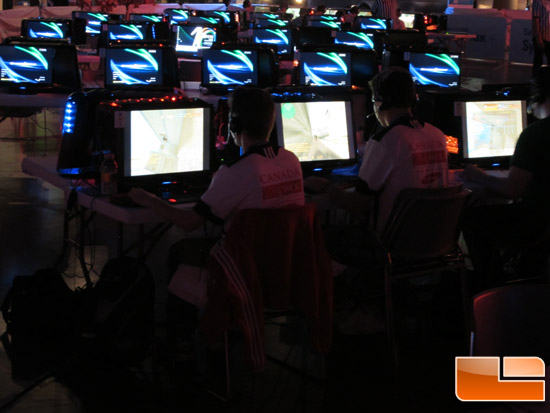 You might ask yourself: “What happens to all those computer monitors and equipment that they used for the tournament?” Samsung has donated more than $120,000 worth of monitors to the Los Angeles County Education Foundation to enhance classrooms and after-school programs.  That is a pretty nice way to close out an event of this magnitude.

Congratulations to all the participants in this year’s Championships.