Water Flowed On Mars For Longer Than Previously Believed

NASA has announced that researchers from Caltech used the Mars Reconnaissance Orbiter to discover that surface water left salt minerals behind on the surface of Mars as recently as 2 billion years ago. Scientists believe that Mars once had a significant amount of liquid water flowing on its surface, which could mean there was microbial life on the planet.

Scientists believe that as the planet’s atmosphere thinned, the water evaporated. It was previously believed that water on the planet’s surface disappeared 3 billion years ago. However, scientists investigating MRO data gathered over the last decade and a half have found evidence that significantly changes that timeframe. 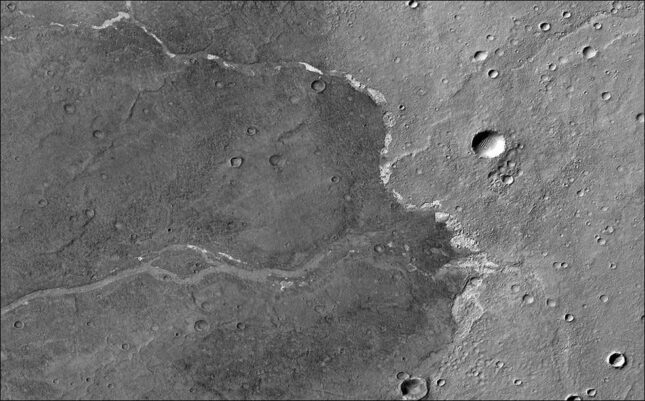 Scientists now believe liquid water may have flowed on the surface of Mars as recently as 2 billion to 2.5 billion years ago. That would mean the planet had water on its surface for a billion years longer than previously believed.

The salt deposits are the first mineral evidence pointing to the presence of liquid water on the Red Planet. Scientists also hope to find evidence of past microbial life on the planet. Water means life on Earth, and scientists continue working to determine if Mars had life at some point in the distant past.