VonMercier Arosa Hovercraft Can Float Over Just About Any Surface

Hovercraft have been in use around the world by the military and civilians for fun many decades. All hovercraft are similar no matter who builds them in the technology they use that allows them to float on a cushion of air over any surface. A company called VonMercier has debuted what it calls a luxury hovercraft known as the Arosa.

The Arosa looks very much like a hypercar with a pair of big fans on the front resembling wheels and a two-seat cockpit. The cockpit has a tandem seating arrangement and what appears to be a digital dashboard. The powertrain for the Arosa is hybrid-electric. 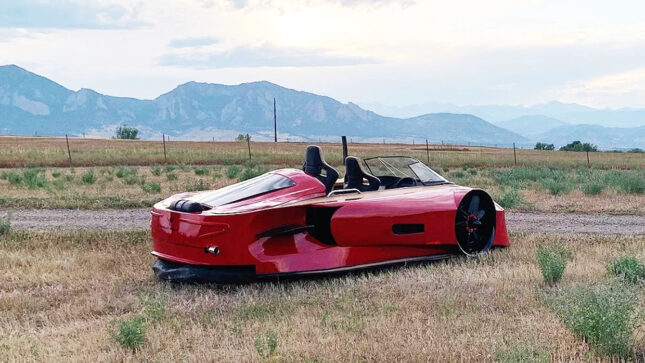 The company is offering any performance specifications on the Arosa at this time. It will build 60 examples selling for $75,000 a piece.